With the cast of @lesmisofficial after the show last night... It was incredible!! @GotTalent #AMAZING pic.twitter.com/5xOyJJ8gRy 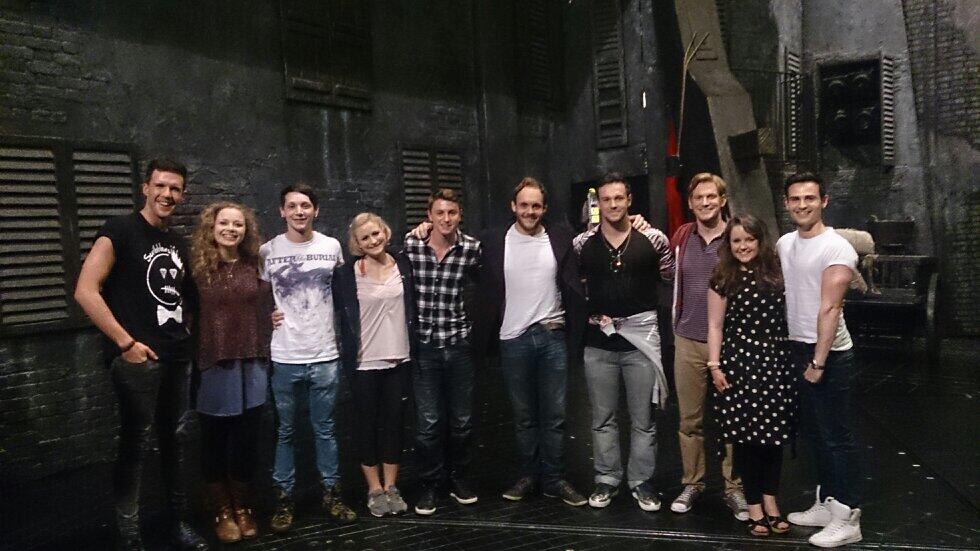 Musical theatre boyband Collabro stormed their audition with their rendition of Stars from Les Miserables and last night they met the cast of the West End show that inspired their performance.

We caught up with Jamie, Matt, Michael, Tom and Richard to find out what the experience meant to them.

For Matt, it was the first time he had seen Les Mis on stage.

"It was amazing," he said. "It's probably the best show I have ever seen.

"The music just blows you away."

Jamie added: "Something with Les Mis just connects with you on an emotional level.

"They came and got us out of the audience and took us up onto the stage."

The musical which is running at The Queen's Theatre, London, later tweeted its support for Collabro and the boys told us the whole evening had inspired them.

Michael explained: "Seeing where we could be makes us even more driven."

We had the gents of @Collabro_UK watching tonight! Lovely to meet you all and glad you enjoyed the show. Fingers crossed for Sunday!

The lads will be answering your questions from 4pm today. Use #AskCollabro and give the guys a grilling.

We are doing an #AskCollabro at 4pm!! Get your questions in now and we will answer them live at 4!! @gottalent

See more from Britain's Got Talent

View all updates from Britain's Got Talent