Lionel Messi scored twice with Barcelona's trio of magicians ultimately making the difference as they sealed a Champions League victory at Arsenal.

Arsene Wenger has refused to accept blame following Arsenal's disappointing Champions League exit at the hands of Monaco, suggesting the best team did not go through.

Arsenal defender Per Mertesacker conceded that Monaco deserved to progress to the quarter-finals as they were far superior in the first leg of their last-16 tie.

Arsenal battled to a 2-0 win at Monaco but the victory was not enough to keep them in the tournament following their 3-1 home defeat in the first leg.

"The best team went through," Germany international Mertesacker told ITV's Gabriel Clarke. "They deserved it because they played much better in the first leg. We had to come back from a massive deficit. We played well today but it wasn't enough.

"You come here and try absolutely everything. You look at the game and we could have scored more than two. We don't look back to the first game - that was already over - and we tried to do our best today but it wasn't enough."

Arsenal battled to a 2-0 win at Monaco but the victory was not enough to keep them in the Champions League.

Clinical finish from the in-form Frenchman and Arsenal fans can start to believe.

We're live on-air now for coverage of Arsenal's miracle mission in Monaco. The match kicks off at 7.45pm, with the Gunners looking to become the first club in Champions League history to overturn a 3-1 first-leg deficit. It's a huge task for Arsene Wenger's side, especially as Monaco's defence is one of the meanest in Europe. 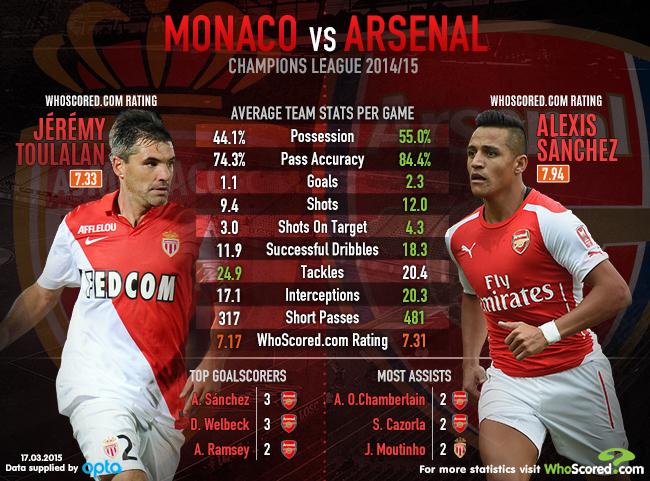 0 - Arsène Wenger has won none of his seven games against Monaco as manager (D4 L3). Hoodoo.

If Monaco perform as they did at the Emirates two weeks ago, they'll go through to the quarter-finals. With a 3-1 lead in their pocket, and a mean defence at home, the Ligue 1 side are clear favourites to progress at the expense of the Gunners.

The message is pretty clear & Monaco have conceded only 2 goals in 7 CL games. Time to park the yacht? @ITV 730 pic.twitter.com/aSEJrAwTtc 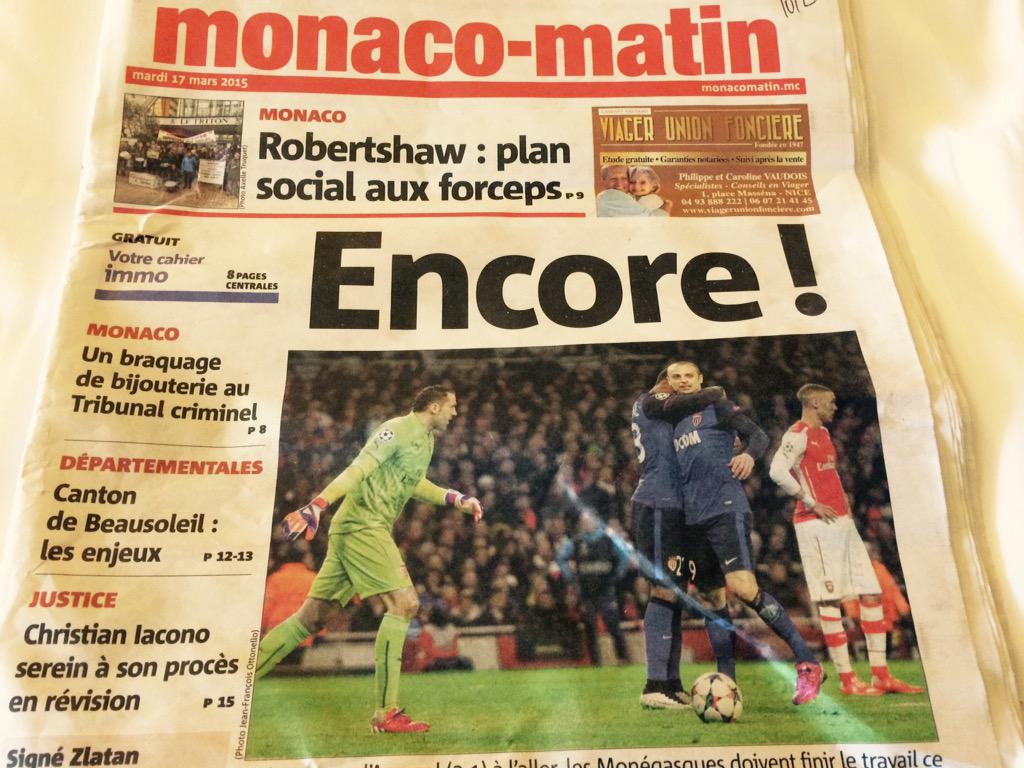