The legendary comedian took to the stage as he hosted the glitzy awards ceremony for the fifth time.

Leonardo DiCaprio was left visibly squirming at Sunday night's Golden Globes after being roasted by Ricky Gervais in his hilarious opening speech.

The British comedian, who returned as host for the fifth time, delivered an eight-minute monologue during which he took aim at the Titanic actor about his preference for younger girlfriends.

Speaking about DiCaprio's latest film, Gervias said: "Once Upon a Time in Hollywood, nearly three hours long. Leonardo DiCaprio attended the premiere and by the end his date was too old for him. Even Prince Andrew was like, “Come on, Leo, mate. You’re nearly 50-something.”

Full monologue given by Ricky Gervais at the #GoldenGlobes pic.twitter.com/VNN37r5Kgn 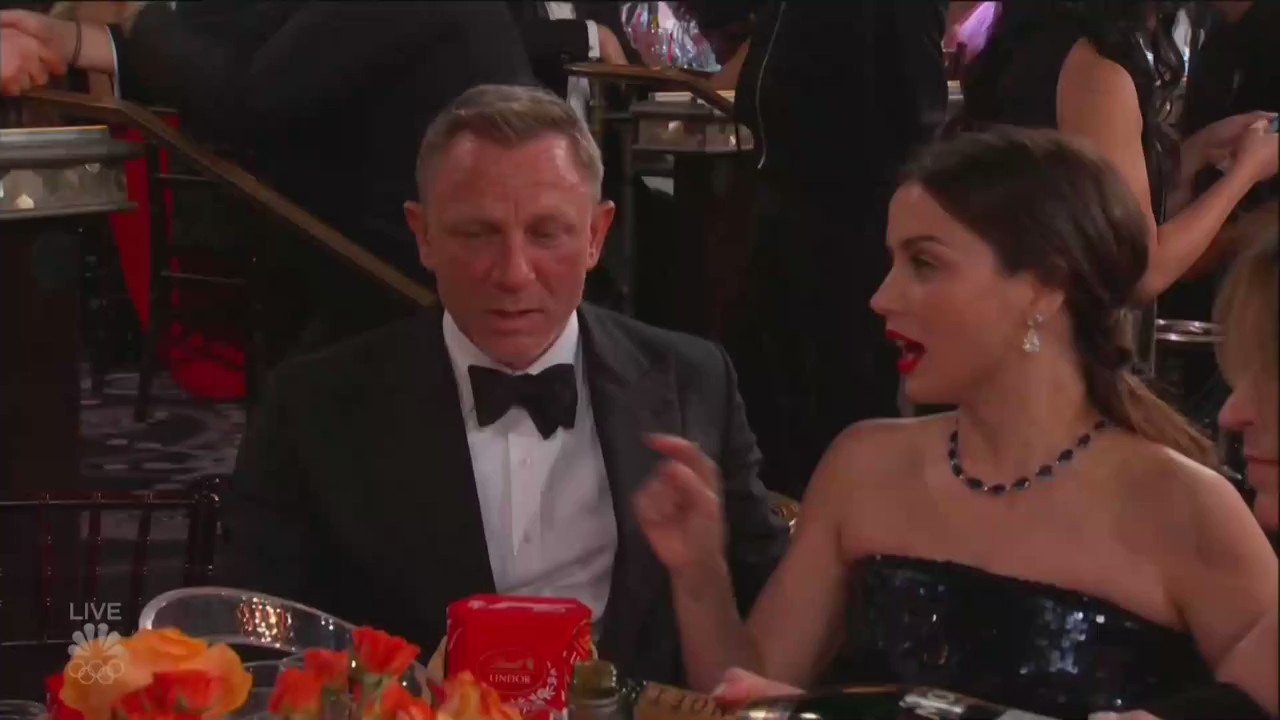 The Oscar-winning actor wasn't the only one to get roasted as Gervis also turned on fellow Brits James Corden and Dame Judi Dench as he mocked them for their roles in Cats after it was panned by critics.

The Office star devilishly quipped: "The world got to see James Corden as a fat pussy. He was also in the movie Cats. No one saw that movie. And the reviews, shocking. I saw one that said, “This is the worst thing to happen to cats since dogs”.

Further proving he was not there to pander to the big celebrity names, Gervais blasted Hollywood for the growing trend of 'woke' acceptance speeches in recent years.

"If you do win an award tonight, don’t use it as a platform to make a political speech," he said.

"You’re in no position to lecture the public about anything. You know nothing about the real world. Most of you spent less time in school than Greta Thunberg."

The final nail in the coffin came as he said: "So if you win, come up, accept your little award, thank your agent, and your God and f--- off, OK? It’s already three hours long."