The new Lib Dem co-leader, Baroness Sal Brinton said it was “very sad” to see Nicola Sturgeon celebrate Jo Swinson losing her seat. The First Minister struggled to contain her excitement when her party won the former Lib Dem leader’s seat in East Dunbartonshire. Cameras caught Sturgeon on tape clenching her fists and dancing with joy when the result was announced.

Sal Brinton said: “She [Nicola Sturgeon] realised that the reaction she had was a bit over the top, which is why she apologised - and all credit to her for doing that.”

Boris Johnson: 'We ended the gridlock ... we smashed the roadblock'

Mr Johnson paid tribute to colleagues who 'lost their seats through no fault of their own' but congratulated his party on its biggest majority in three decades.

6.30 am Leader of the Liberal Democrats Jo Swinson has resigned

The Liberal Democrat leader, Jo Swinson, has stepped down after losing her seat. It comes after her party had devastating results at the polls across the country.

Swinson, who had campaigned to stop Brexit, started the campaign claiming she could be the next Prime Minister but lost in her East Dunbartonshire constituency to the SNP.

6.00 am: Boris leads Conservatives to victory

There are only a handful of seats left to declare, but Boris Johnson and the Conservatives have won a majority after taking a number of Labour strongholds including Blyth Valley, Workington and Darlington. Read full story

Earlier in the evening, Boris Johnson kept his seat in Uxbridge and Ruislip South.

Yvette Cooper said it's been a 'terrible night' for Labour as the party continued to suffer defeat in key seats to the Conservative party.

She described the results as 'devastating' claiming there had been a lot of families who had been 'let down' and who needed a 'strong Labour party'.

In Normanton, Pontefract and Castleford, Ms Cooper kept her seat to gain a Labour majority of 1,276.

3.25am: Scuffle breaks out in Uxbridge before Boris Johnson is announced as winner

Violence breaks out in #Uxbridge as @johnmcdonnellMP gives his victory speech, having won his #HayesAndHarlington s…  https://twitter.com/i/web/status/1205327939954450432 …

3.25am: Labour leader Jeremy Corbyn says he will not fight another general election

3.15am: Miliband and Thornberry hold their seats

In the first shock result, the Conservatives have won Blyth Valley, which has been Labour since 1950.

12.18am: Farage on the Conservative's pledge to 'Get Brexit Done'

In an interview with Tom Bradby on ITV's General Election Result Live, former Labour Home Secretary Alan Johnson didn't hold back with his thoughts on Jeremy Corbyn saying: 'We knew he was incapable of leading. We knew he was worse than useless.'

The exit poll - which is commissioned by BBC News, ITV News and Sky News - is predicting a big win for the Conservatives. Read full story.

Dogs at polling stations were out in force as voters took their canine friends to join in the democratic process, with the Twitterverse sharing adorable pictures of their dogs.

The popular #dogsatpollingstations has been an increasingly prominent feature of the elections in recent years as people pepper social media with pups to add a touch of light relief on polling day.

This year, members of the electorate honoured the December election by putting a festive spin on the tradition.

#dogsatpollingstations it may be raining but Millie is proud to have her bark heard this Christmas #ElectionDay pic.twitter.com/kpInkEJhyz

Thrilled to report an exceptional (and very good) turn out at Dulwich Village Polling #dogsatpollingstations pic.twitter.com/gaBtYOfB71 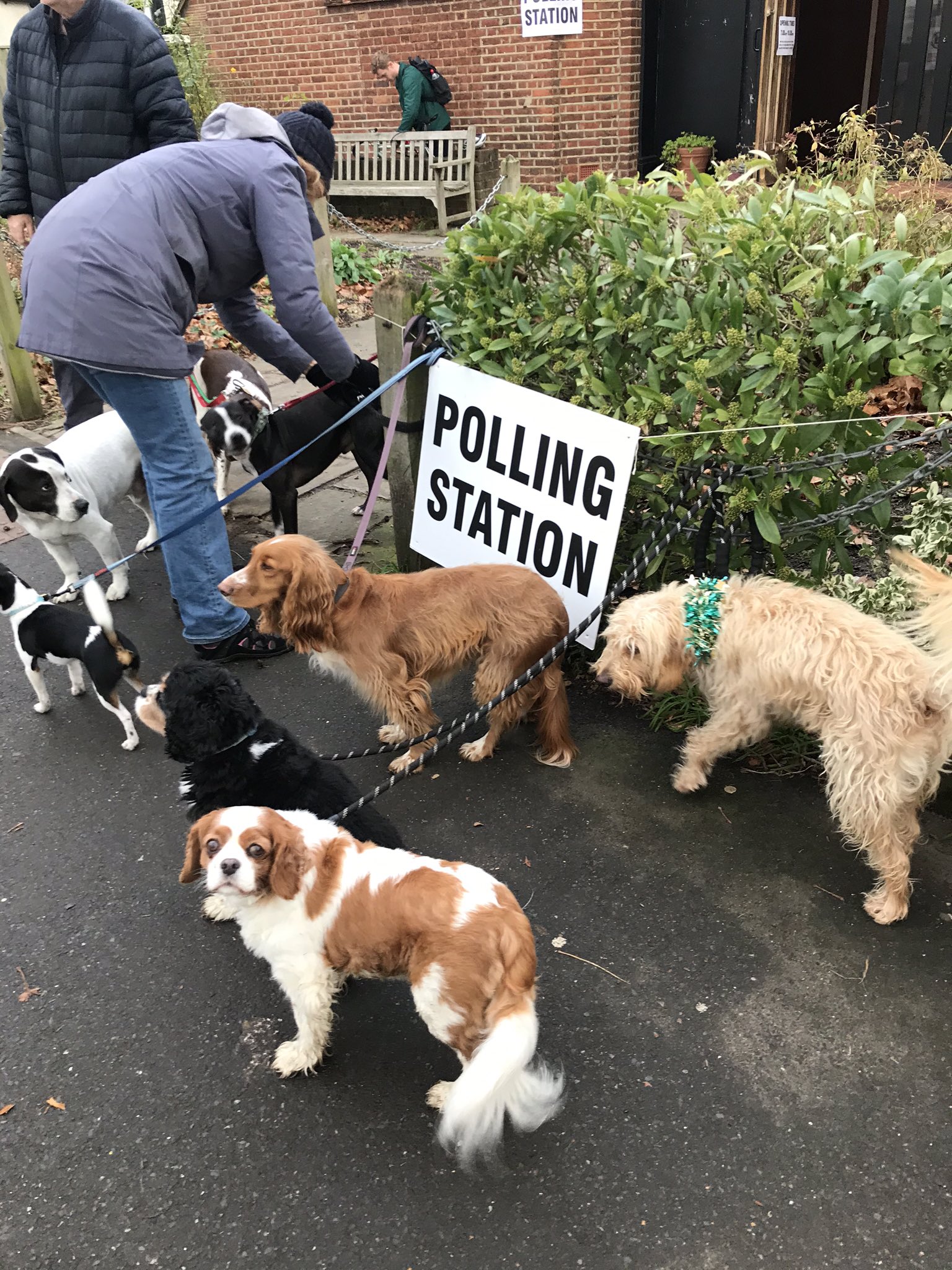 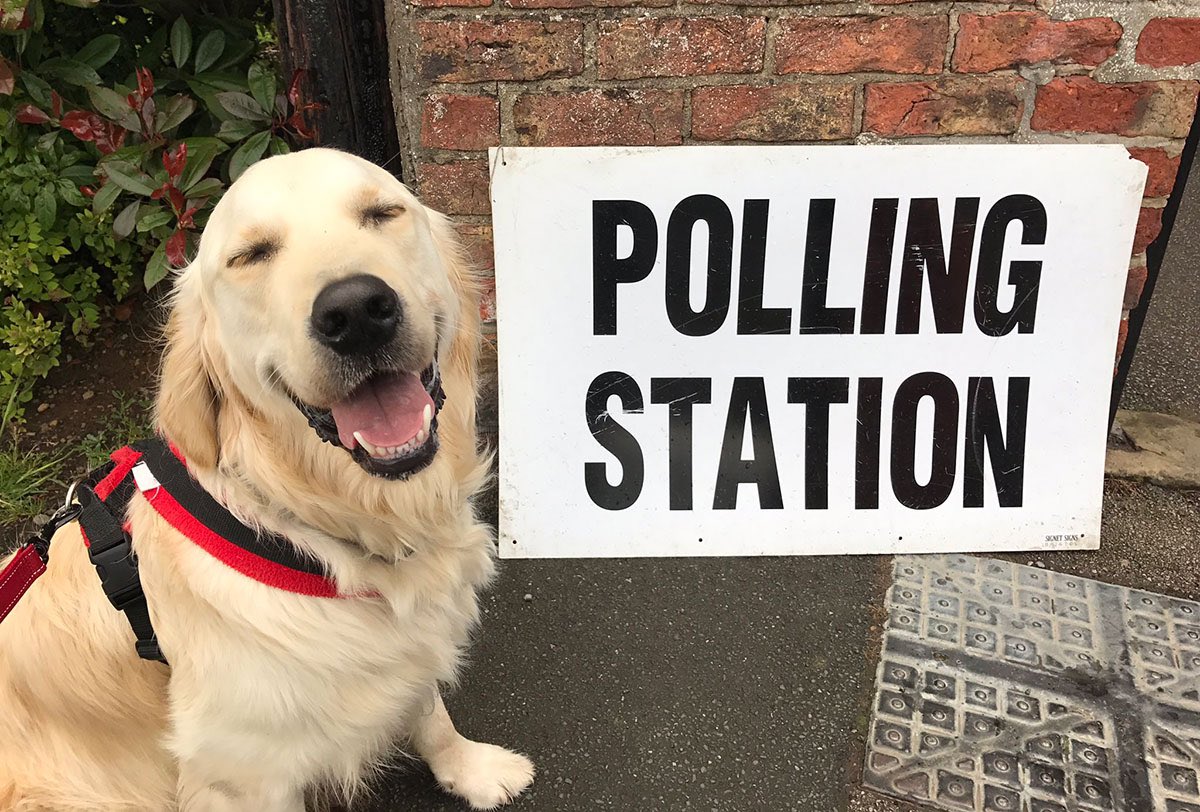 Piers Morgan and Susanna Reid will be joined by a string of guests for a General Election special on Friday morning from 6 am - 9.25 am.