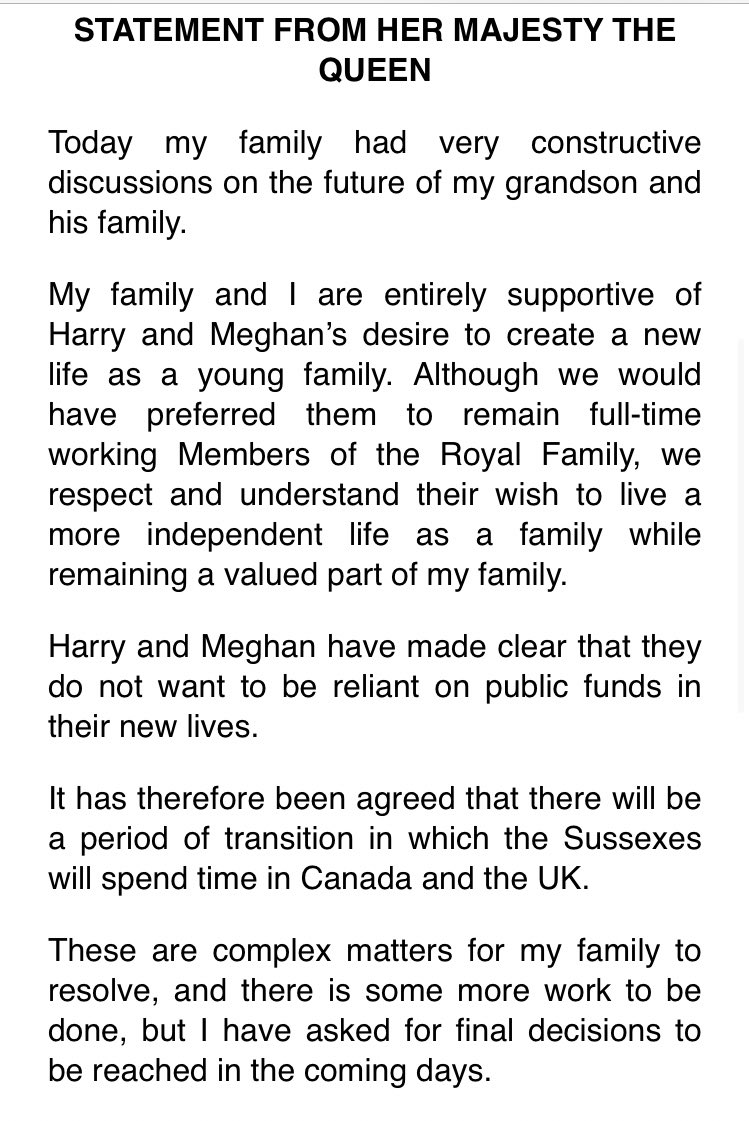 Former butler to the late Princess of Wales, hopes her two sons can heal their rift.

Paul Burrell has spoken for the first time ahead of Prince Harry's showdown with The Queen, Prince Charles and Prince William at Sandringham today, after the Duke and Duchess of Sussex announced their plans to step down as 'senior royals'.

The 61- year-old said he Prince Harry wants to follow in his mother's footsteps and become 'more of a humanitarian than a royal' but feels sorry that the siblings are no longer close.

Paul told Good Morning Britain: “I’m hoping William can build a strong bridge towards his brother during this meeting and bring him back into the fold as his brother."

The controversial documentary, which made headlines after the Duke of Sussex alluded to a rift with Prince William and discussed their struggles with fame, was criticised for overshadowing their charity work.

Now, in an interview on Good Morning Britain, the ITV journalist has defended the couple's honesty, claiming the decision to discuss their personal life was his idea.

“It is worth saying that the documentary was my idea," Tom told Piers Morgan and Susanna Reid.

"They were very consistent all the way through that they wanted it to be about their work in Africa.

"I said repeatedly, 'Look, I’ve made that documentary several times. I’m going to do it about your work in Africa, which is interesting and all the rest of it, but I think, you’ve had an extraordinary year and I think it would look weird if I come along and I don’t ask you anything about how it’s really going’ and I pushed that and pushed that consistently."

The Duke and Duchess of Sussex released their environmentally friendly e-Christmas card featuring their seven-month-old son.

The young royal, who was born in May, can be seen gazing into the camera with both of his proud parents smiling the background.

It was not released through any official royal channels, first appearing on an unverified Twitter account called The Queen's Commonwealth Trust.

The e-card was shared to the charities Instagram account as a GIF with the Christmas trees sparkling in the background.

The tweet read: "Just sharing the sweetest Christmas Card from our President and Vice-President, The Duke and Duchess of Sussex. Very Merry Christmas, everyone!"

The Queen and Prince Philip are celebrating 72 years together! We look back at some vintage photos.

The Duke of Sussex appeared to confirm a rift with his brother, claiming they are 'on different paths'.

Prince Harry has finally addressed rumours of a family fallout with this brother Prince William.

The Duke of Sussex revealed he has 'good days and bad days' with his brother in a new ITV documentary, Harry & Meghan: An African Journey, which aired on Sunday night.

Opening up about his relationship with Prince William, Harry said that “inevitably stuff happens”, especially under the pressure of the role and living life in the media spotlight.

“We are brothers. We will always be brothers," the Duke told Tom Bradbury.

“We don’t see each other as much as we used to because we are so busy but I love him dearly.

“The majority of the stuff is created out of nothing but as brothers, you know, you have good days, you have bad days.”

Princess Charlotte was all smiles as she arrived for her first day at Thomas' Battersea school with her parents the Duke and Duchess of Cambridge.

Charlotte, who celebrated her fourth birthday in May, was also joined by her big brother Prince George, 6, who has been attending the school for two years.

The cheeky Royal was uncharacteristically apprehensive but made sure to wave to the cameras up her arrival.

Prince George held onto his father's hand as he greeted his headteacher Helen Haslem at the school gates.
The Duchess smiled and asked: "How are you? Did you have a nice summer?", and Ms Haslem bent down to shake George's hand and then Charlotte's.

Prince William then revealed Charlotte was "very excited" about her first day.

The school in south London is very expensive to attend if just one child is attending from reception to year 2 (ages 4-7), the cost is £6,429 per term.

A second child attending in the same age group can attend Thomas’s for £6,305 per term.
The yearly cost for Charlotte would be £18,915, and both children together would cost £38,202.

Thomas’s Battersea, which describes itself as a Christian school, is open to children of all faiths, and teaches pupils that kindness is as important as academic success.

George, who is six, started at the school in September 2017, where he was accompanied by dad, Prince William.

Kate Middleton was not in attendance for his first day, as she was suffering from morning sickness while pregnant with Prince Louis.