When we invited Good Morning Britain's Piers onto the show, we didn't expect him to make such an entrance. But after some controversial comments about women wearing high heels in the work place, we challenged Piers to try it out for himself - with hilarious results!

Slipping into a pair of size 10 silver shoes, Piers made his way to meet Christine, Anne, Stacey and Nadia for a typically feisty debate. 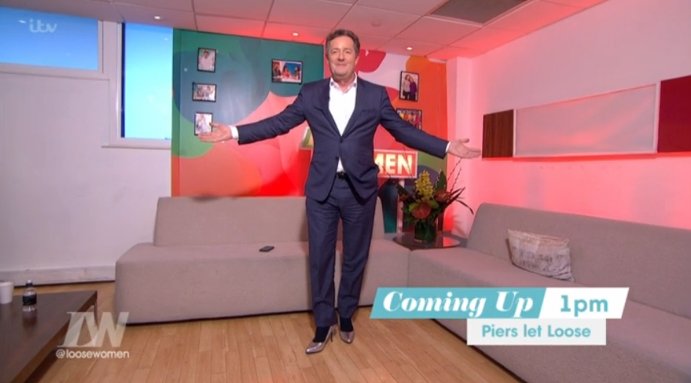 'I don’t know what you’re all moaning about, they’re really comfortable,' he told us.

And getting onto his friendship with Donald Trump Piers said, 'You all have friends who don't agree with you on everything.'

'I've got far more embarrassing friends than Donald Trump. I've been friends with him for more than 10 years and he's been very loyal to me,' he added. 'People keep screaming at me not to like him, but it's not going to happen, he's my friend.'

'I like him. I judge him on how he campaigns and I’ve said I wouldn’t have voted for him in the US election if I could vote. I could see how and why he was going to win, and now he’s President. So it’s ridiculous for everyone to keep having this hissy fit, and banning him from the country and calling him a monster.' 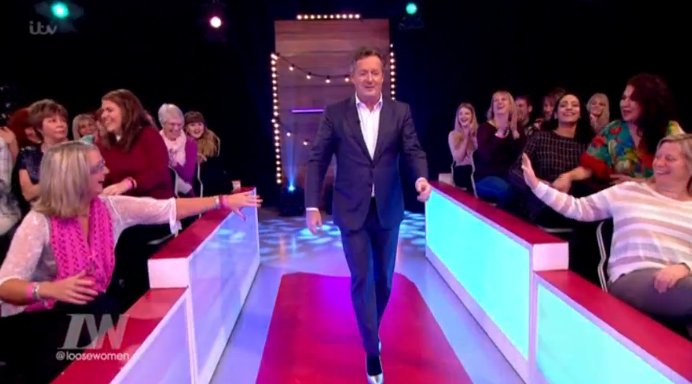 View all updates from Loose Women