British Gas may have regretted hosting an online question and answer forum, just hours after announcing an above-inflation price hike after facing a torrent of abuse from Twitter users.

We are here with our Customer Service Director, Bert Pijls, answering your questions until 2pm #AskBG http://t.co/csbaqTfWwu 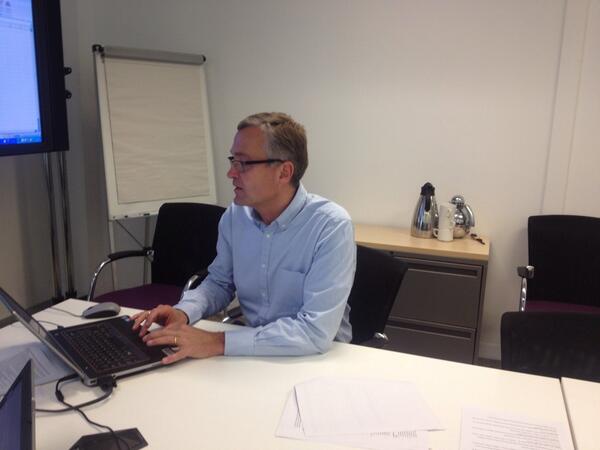 The Q&A was one of the top 10 trending topics as hundreds of customers took to the site to vent their anger towards customer services director Bert Pijls at the rise as these responses show:

Hi Bert, which items of furniture do you, in your humble opinion, think people should burn first this winter? #AskBG

.@britishgas #AskBG What is the best temperature to thaw an elderly relative at and what seasoning would you use with one?

.@britishgas have you found a way to channel angry customer feedback into electricity? #askBG

Even an employee of the company tweeted their disapproval at the rise:

#AskBG : @britishgas as an employee how can u expect workers like myself to feel happy working for a company who rip people off? It's not on

Mr Pijls reiterated the company's stance that the decision to raise prices was not taken lightly.

He said the three main reasons behind the hike were: "1. Wholesale price rises 2. Improvements needed to pipes & wires 3. Cost of govt programmes."

The British Gas social media team posted a picture of Mr Pijls sitting in an office answering questions - but even that opened up criticism from Twitter users.

One wrote: "Nice to see him only wearing a shirt and no jumper. Bet all the free gas/electricity is going down a storm in the offices."