It was a day we always knew would come but it was no less emotional.

Young and old, Preston fans and rivals came together to remember and celebrate Sir Tom Finney.

From early morning fans adorned the statue of the great man with flowers, scarves, shirts, hats and much more. Many carried simple messages 'Legend', 'The Best', 'Gentleman' 'Sir Tom'.

Hundreds of items virtually submerged the famous 'Splash' statue, a permanent tribute to Sir Tom that was placed outside Deepdale.

Former England Captain Jimmy Armfield, a player for rivals Blackpool, joined fans to pay his own tribute. 'A great man' said Jimmy - himself a great player.

But it was inside Deepdale where the main tributes took place. The Preston players all wore shirts adorned with the name 'Finney'.

A video played showing Sir Tom in his heyday including pictures of Tom in his other job - the Preston plumber.

Tributes from Sir Alex Ferguson, Sir Bobby Charlton, Gary Lineker, Mark Lawrenson and many more were played to the fans.

Read: Lineker: Sir Tom 'one of the greatest players ever 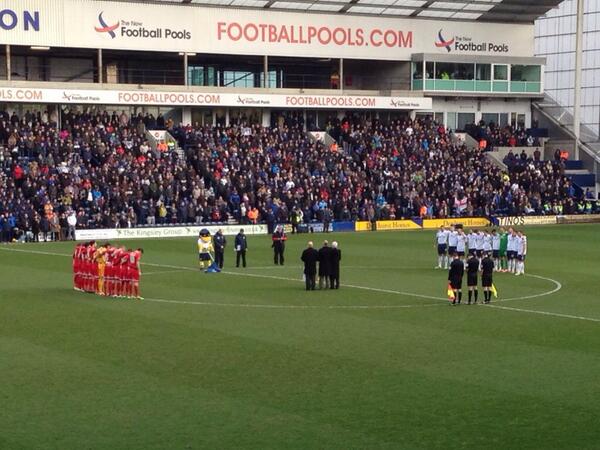 There were a few tears as well from some who remember Sir Tom in his prime.

Then one last tribute. On the 7th minute the crowd broke into applause for the legend who wore No 7. Sustained with chants of 'There's only one Tom Finney' it was a chance to celebrate his life.

There will of course be more formal tributes not least Sir Tom's funeral. But we the Preston family supported by fans far and wide paid our own tribute to the man who meant so much.

Sir Tom - a knight, a legend, a gentleman.