Speaking to sports correspondent Ian Payne after leaving the studio, the former England striker and Match of the Day host said Barlow had been "instrumental" in the process - and joked that he had offered the former X Factor judge some vocal tips ahead of today's session:

A group of 12 former England players, including Sir Geoff Hurst, Glenn Hoddle and Michael Owen, were among the singers to record a cover of the Take That number one Greatest Day. The proceeds will go to Sport Relief. 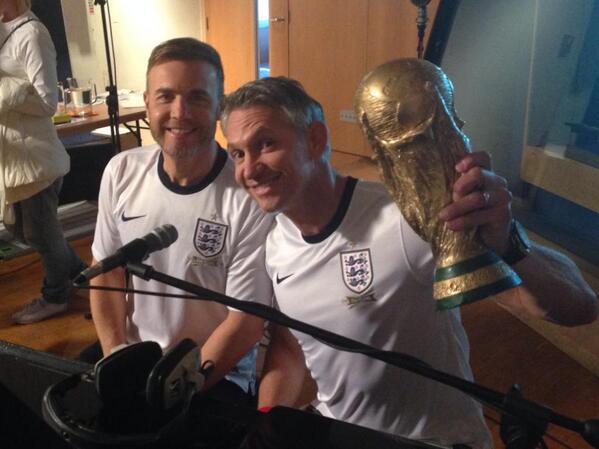 In London today recording The World Cup song with Ex-England players and some proper singers! http://t.co/EjHOb49s1m 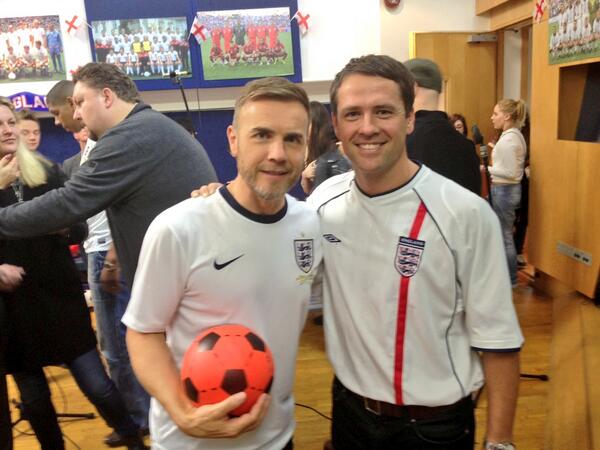 Kimberley Walsh, Katy B, Mel B and Emma Button joined Gary Barlow among the pop contingent during the recording at Sarm Studios in London - where the Band Aid single was recorded in 1984.

Giving it plenty. @garylineker getting some practice in before the boss, @garybarlow arrives. #srworldcup http://t.co/lVoU72RNK7 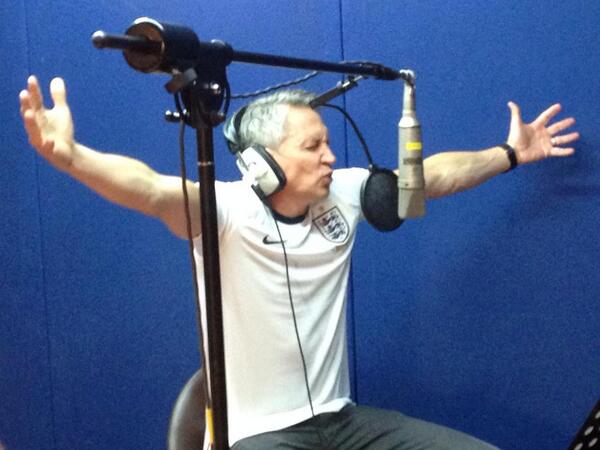 A picture tweeted by Lineker shows what could be football's new supergroup: Gary Pallister on guitar, Martin Keown on tambourine, Carlton Palmer playing drums, Kenny Samson on bass and Gary Mabbutt with a violin. 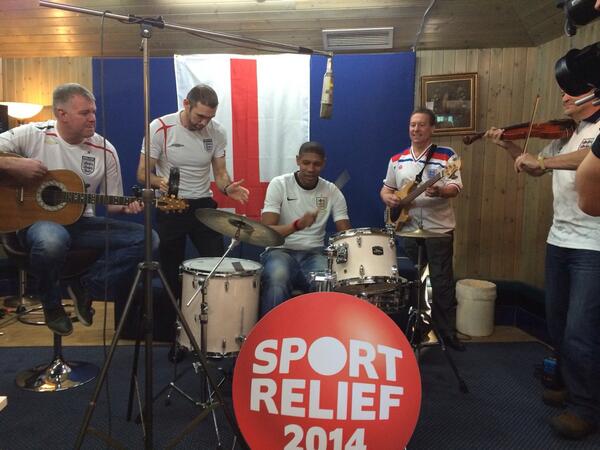 Speaking about the experience, Keown admitted he found it tricky imitating the professionals - something his former teammate David Seaman clearly found amusing:

The song will be broadcast for the first time during Sport Relief night on Friday 21 March.

If you want a taste of what to expect, you can watch the original version here: