The Chancellor is not known to shy away from his privileged background, but during a trip to the Royal Mint today, his accent appeared to turn slightly 'mockney' during a chat with workers.

Laughing and joking with staff at the Royal Mint in Llantrisant, South Wales, Osborne carefully examined the new pound coin, before declaring: "I think it's gonna be great, innit?"

It is not the first time the privately-educated Chancellor has appeared to dramatically alter his own RP accent to adopt Estuary English on a factory trip.

Last April he gave a speech about welfare reform to workers at a warehouse in Kent, in which he began with what sounded like a Cockney accent, telling them "We've 'ad a system..."

Going to have to make half a billion new £1 coins before circulation. These are the current ones http://t.co/6qDOt7aVtJ 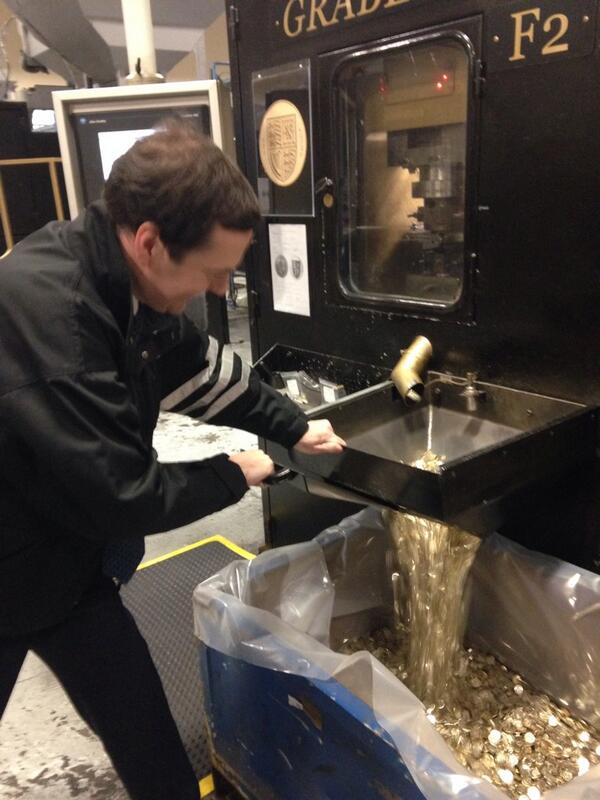 Previous reports have suggested that the Chancellor has had voice-coaching lessons in an attempt to sound "less posh."

We welcome @george_osborne to The Royal Mint this morning, following the recent announcement of the #newpoundcoin http://t.co/HIguNOmuwi 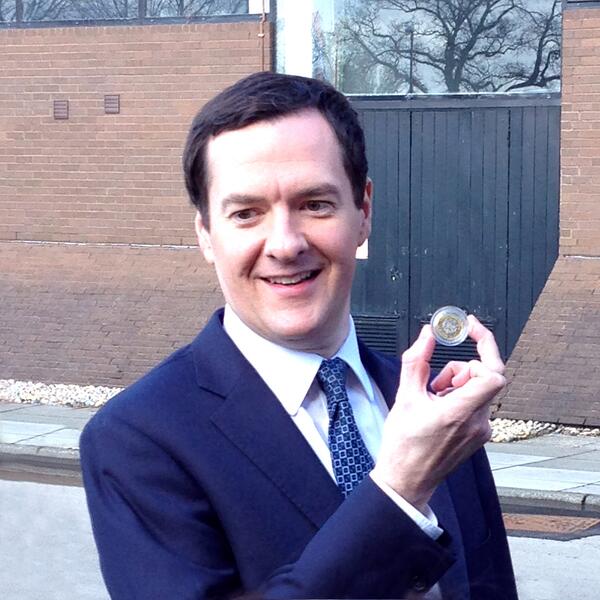