The first same-sex marriages in England and Wales have begun after a change in the law has given gay and lesbian couples the right to marry for the first time in history.

The law changed at midnight, with a number of gay couples getting married within seconds in Britain. 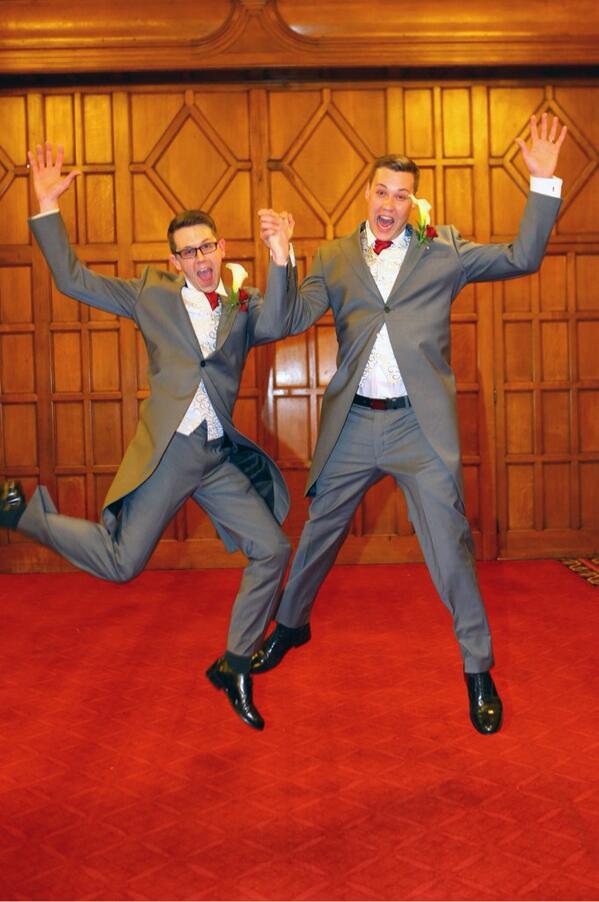 Scotland passed a similar law in February; the first same-sex marriages are expected there in October. Northern Ireland has no plans to follow suit.

Once vows were exchanged at 00:00am this morning, John and Bernardo were legally wed #samesexmarriage http://t.co/Kg9tGWCMKV 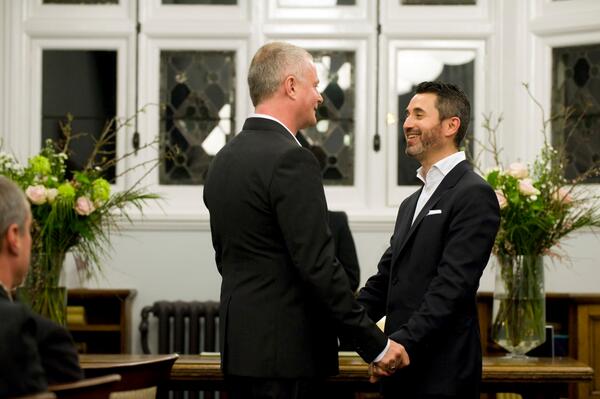 today the flag has been raised around Parliament Square. proud to be living my life in this country. #equalmarriage http://t.co/L9C1l6LBfD 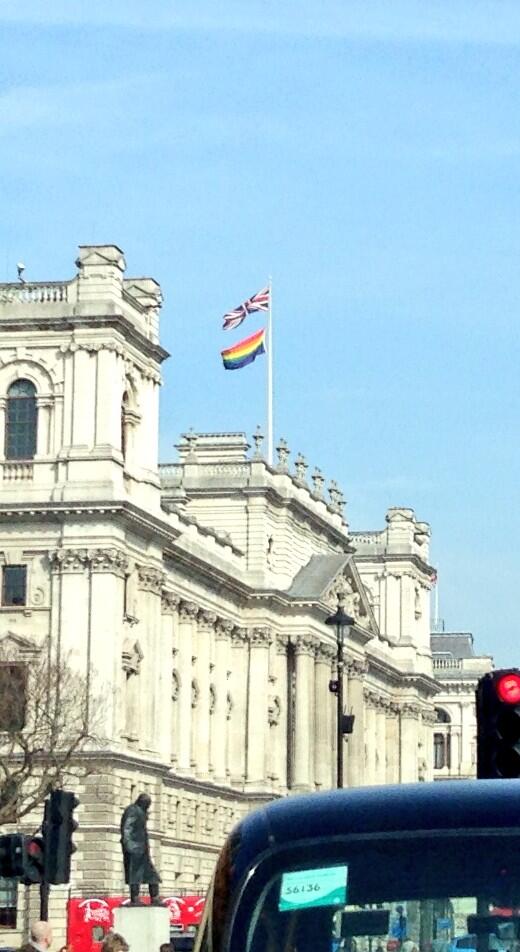 More than 2,000 people and a host of famous faces gathered to see comedian Sandi Toksvig and her partner Debbie renew their wedding vows at a public ceremony to celebrate the introduction of gay marriage in the UK.

We're still crazy about each other. I can't believe my luck - look how gorgeous she is. I want a piece of paper to say she won't ever leave me.

Read more on the same sex marriages that happened around England and Wales.