The Duke and Duchess of Cambridge turned their hands to cricket today, as they visited Christchurch on day eight of their tour of New Zealand.

The heir to the throne even got a ticking off from his wife after throwing a wide, as the Duchess prepared to bat.

The pair had been meeting organisers of the 2015 Cricket World Cup ,which will be held in New Zealand, before taking to the crease themselves.

Earlier in the day, the Duke and Duchess met with families of the 185 people killed in the 2011 Christchurch earthquake.

They also had a short tour of the Transitional Cathedral - constructed largely out of cardboard - after the original was badly damaged in the earthquake.

William, who visited the city soon after the natural disaster struck, gave a speech during the day and described how they were moved by reminders of the earthquake and praised the "resilience and adaptability" of the people. 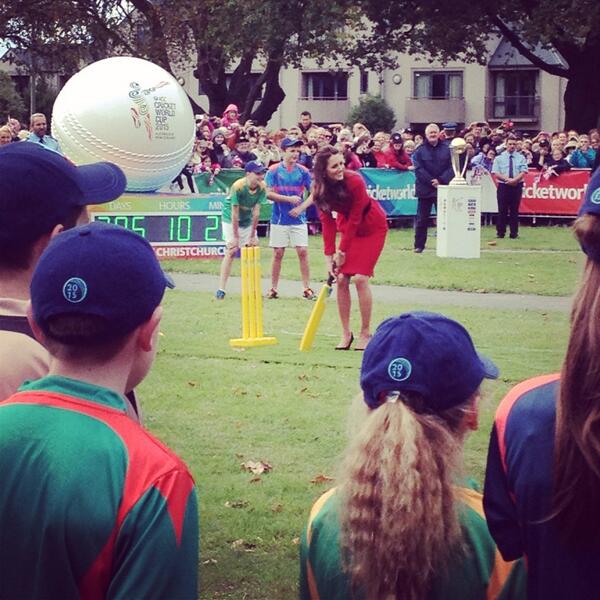 Kate at Wigram Air Force base, the last stop in Christchurch. Home to George now http://t.co/nJbmg99ZyJ 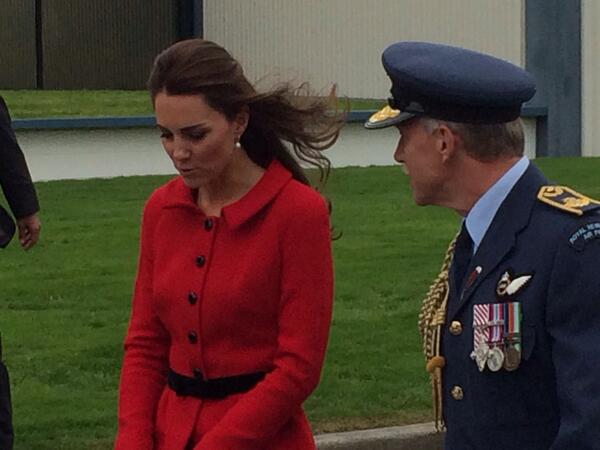