Stephen Sutton, the 19-year-old who raised £3.5m for the Teenage Cancer Trust before he passed away yesterday, is remembered on a number of front pages. 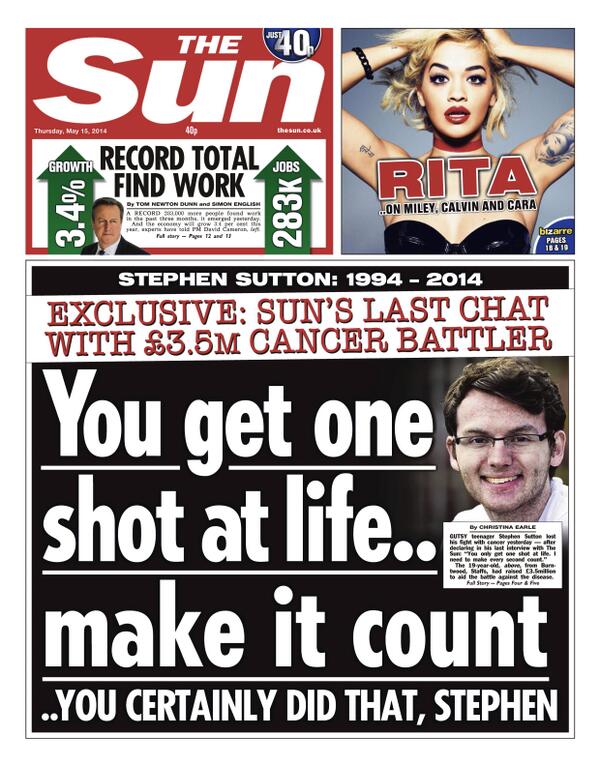 Stephen died in his sleep from incurable metastatic bowel cancer during the early hours of May 14.

He spent his last years determined to complete his 46 point bucket list of experiences before he passed away.

The Daily Mirror heralded Stephen as "a credit to humanity". 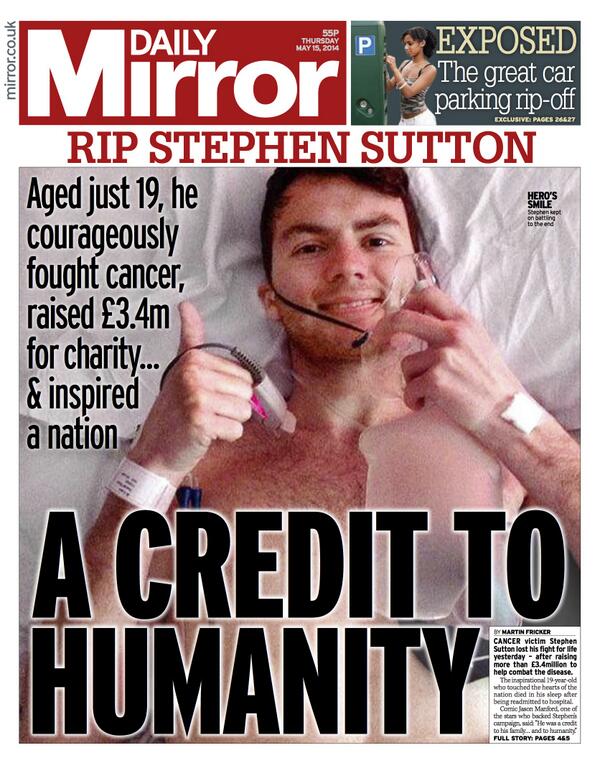 The Daily Telegraph focused on the "pain and pride" of Stephen's mother, Jane.

My heart is bursting with pride but breaking with pain for my courageous, selfless, inspirational son who passed away peacefully in his sleep in the early hours of this morning. 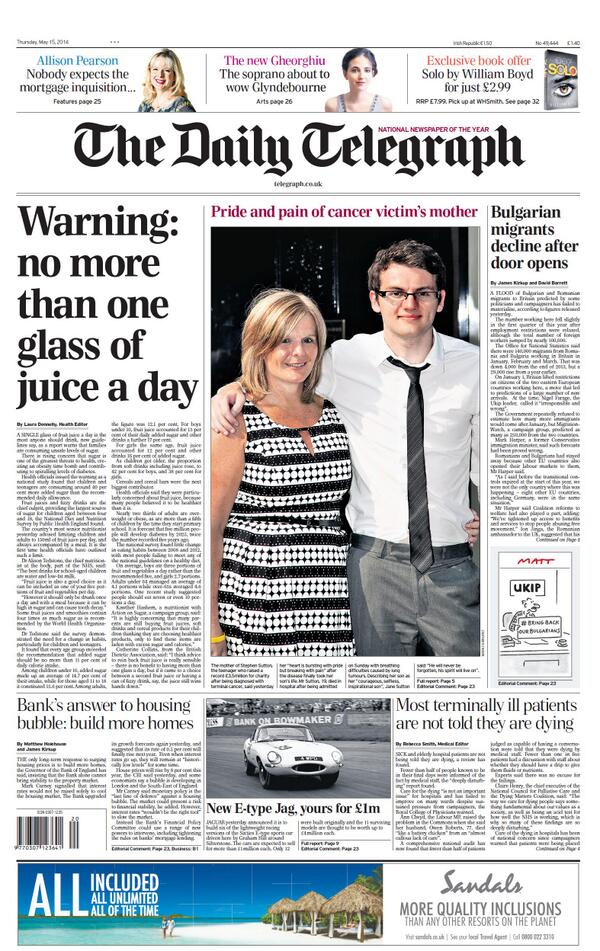 And the Metro mourns Stephen's passing, but says "his spirit lives on". 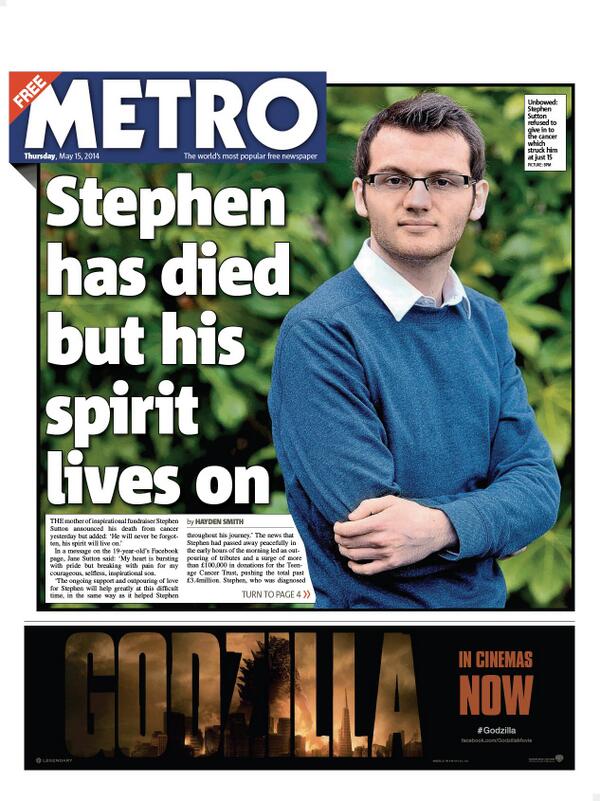 *Good Morning Britain *have exclusive footage of Stephen during the last year of his incredible life.