Prince Harry who is president of the Invictus Games posted his first ever tweet to raise interest in his Paralympic-style sporting event for wounded service men and women.

Harry tweeted to encourage sports fans to buy tickets for the games which he hopes will prevent UK troops from being forgotten as the Afghanistan war comes to an end.

While at the top of the BT communications tower in central London, Harry sent his first post on the social media site.

Hope everyone will get behind #invictusgames. Great opportunity to support and thank the men and women who have given so much. Harry

Yes, that last tweet from 'Harry' really was by none other than #InvictusGames President Prince Harry! http://t.co/tt8v7wB2MW 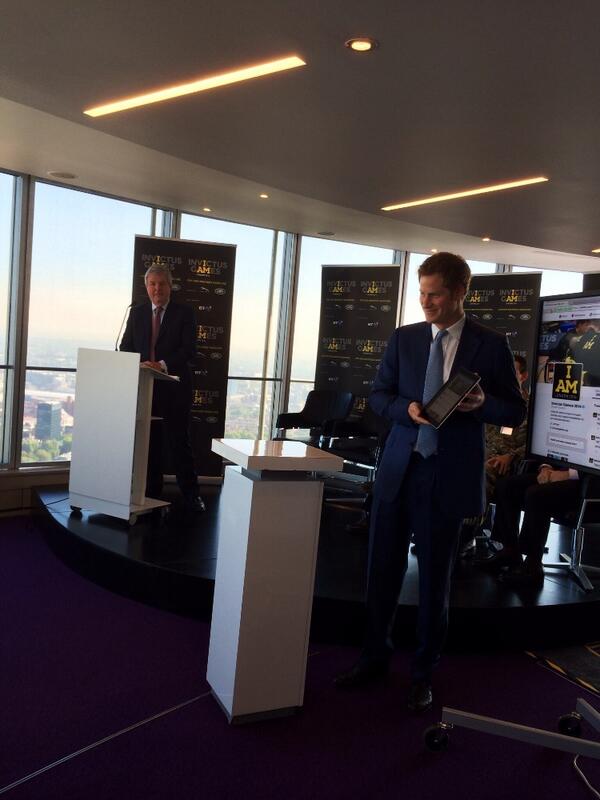 The Prince at first seemed a little wary of using the social media site in front of sponsors and reporters and took his time, later joking: "That's why I joined the Army, I can't type fast."

He later joked Mayor of London Boris Johnson, an enthusiastic Twitter user, would be "thrilled" to see him taking to the site.

Inspired by the US Warrior Games, which Harry was instrumental in bringing to America, the Invictus Games will host more than 400 competitors from 14 nations.

The event will take place from September 10 to 14 in the Queen Elizabeth Olympic Park.