Brad Pitt was reportedly hit in the face by a serial celebrity prankster on the red carpet of a Hollywood premiere. 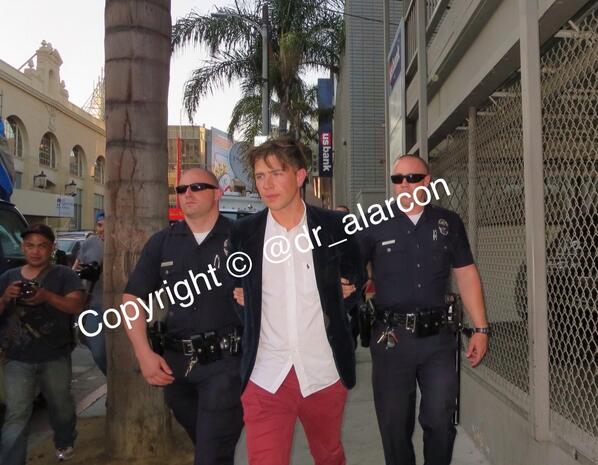 Pitt was at the event for wife Angelina Jolie's film Maleficent when Vitalii Sediuk reportedly jumped over a barrier and punched him in the face.

Security staff quickly swept in and restrained Sediuk, who was then arrested by local police on a charge of misdemeanour battery.

It is far from the first time Sediuk has made headlines - on May 17th he was reported to have been dragged away from the red carpet in Cannes after putting his head under actress America Ferrera's dress at the premiere of 'How To Train Your Dragon 2'.

He was also arrested after taking to the stage at the 2013 Grammy's just before singer Adele received an award.

He also hit the headlines back in 2012 when he tried to kiss Will Smith at the Moscow premiere of Men In Black III, much to the former Fresh Prince's annoyance.