Two journalists were rushed to hospital after carrying out a taste test on a burger believed to be the spiciest in the country.

Barratt suffered severe stomach cramps before losing the feeling in his hands.

His eyes even rolled back in his head after tasting the burger, which costs £3.99.

Mr Hendy, assistant news editor at The Argus, suffered similar problems to his colleague, and said he felt like he was dying.

“I was in so much pain I was telling people I felt like I was dying," he told The Argus.

“It’s embarrassing but it felt that bad.If you’re thinking of trying this burger for a dare, just don’t.”

Barratt, who is a trainee reporter, said the effects of the burger made him hyperventilate.

“It was hard to walk. I needed to drink milk to neutralise the burning, which was hard because I was hyperventilating so much my hands had seized up,” he added.

Owner Nick Gamardella believes the sauce is between seven and nine million on the Scoville scale, used to measure spicy food.

Pepper spray is estimated to measure between 500,000 and five million.

The 54-year-old makes customers sign a disclaimer, releasing Burger Off from any responsibility for its effects.

Nick Gambardella told ITV News some customers "haven't got a clue" about the effects of the "nasty" burger.

"It is well beyond just hot. I talk more people out of it than I sell," he added. 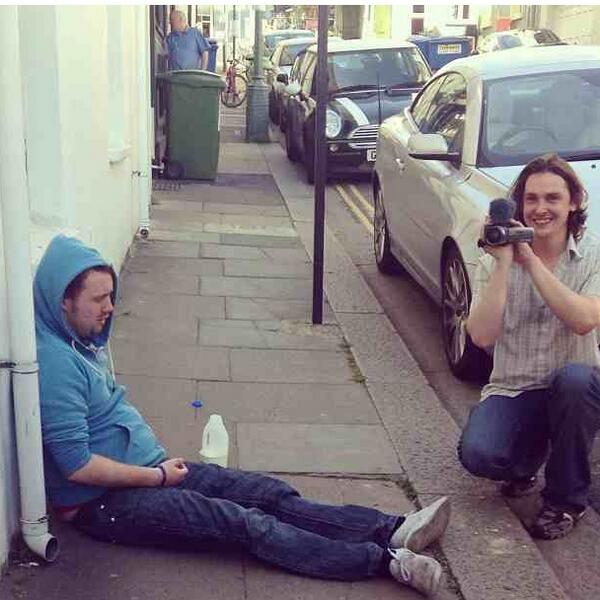 Mr Gambardella said he refused to sell a burger to a man carrying a baby just last week.

"I told him you will not be able to look after yourself let alone your baby if you try this."

After the incident, a post on the diner's Facebook page with a link to the Argus report on the story simply said: "Oops we did it again".