Secret Cinema is planning to put on an event sand screen a film in protest at what they call the 'censorship' of the film The Interview after Sony halted its release.

The events company, which holds large scale screenings of films which include elaborate sets and actors mingling with guests, will donate proceeds of the event to free speech charity Article 19.

To protest against the attack on freedom of expression that the threats against screenings of The Interview represents. Secret Cinema is staging a special one off Secret Screening with all proceeds from the show going to global free speech charity Article 19. 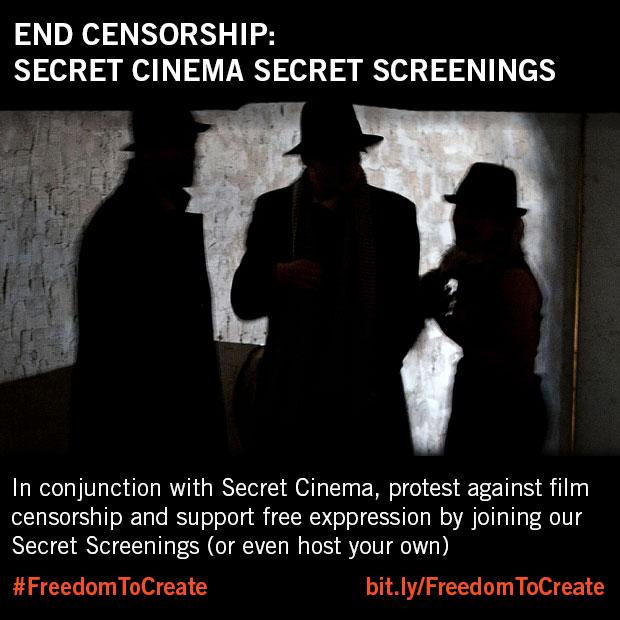 The Interview's release was stopped by Sony after threats from hackers who said they would target US cinemas if it were screened.

The Secret Cinema screening of an unknown film will be simultaneously replicated in San Francisco and Rome and the company has appealed for more locations.

Guests at Secret Cinema events are usually expected to participate in the events and with this one have been asked to bring a small present.

The film will remain secret for now. We ask all to wear dark suits and bring a small gift to give to a stranger.

The FBI said it has enough information to conclude the North Korean government is responsible for the hacking of Sony Pictures which ultimately lead to The Interview being pulled from release.

The agency said three key elements of the cyber attack led them to identify the administration in Pyongyang as the culprits.

The hackers have meanwhile reportedly told Sony they will protect its stolen data after the "very wise" decision to cancel the release of the movie.