Olympic sailing champion Sir Ben Ainslie and his new wife Georgie Thompson have thanked Sir Richard Branson after he rescued them at sea.

The newly-weds had been sailing close to his private island in the British Virgin Islands when their yacht developed mechanical problems.

Members of Necker Island's watersports team had to come aboard and stop the boat being wrecked on a reef.

We were very lucky that we were right next to Necker Island and some of the guys from the sailing centre, I have to say, were absolutely amazing and between the four of us we managed to sort out the situation.

But that wasn't the end of the story - multimillionaire Sir Richard Branson then invited the couple to continue their honeymoon on Necker Island.

Ben Ainslie was sailing by Necker Island, boat had mechanical trouble so we helped rescue him! http://t.co/1wjnVbBcN3 http://t.co/CIJe2JcDuA 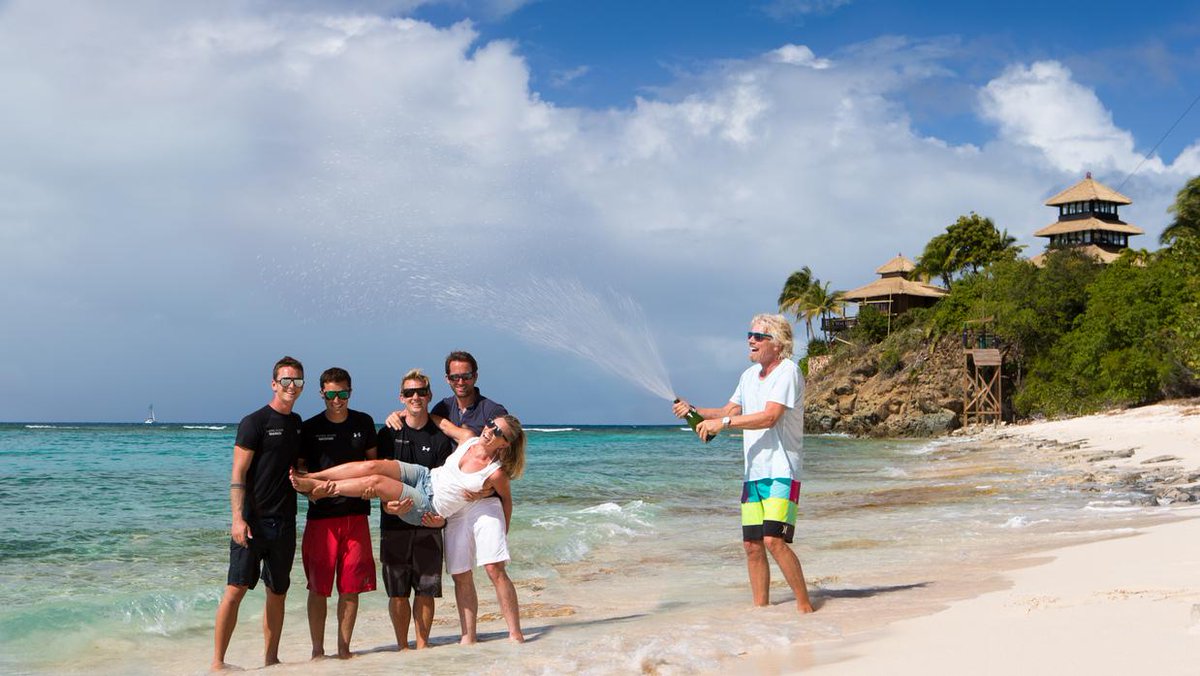 Georgie Thompson, a former television sports presenter, said: "Dinner became a two-day stay which was lovely because right at the end of our honeymoon, having been on a boat for three weeks, I think that was very welcome that we were able to have a couple of days in luxury without any mechanical failures happening onboard."

Sir Ben is the most decorated Olympic sailor in history - an irony that is not lost on Sir Richard Branson. Revealing the rescue on his blog he said: "Ben was able to see the funny side - after all, stranger things have happened at sea."