The Duchess of Cambridge proved herself "a natural Stokie" on a visit to the Potteries in support of children's hospices.

Kate was visiting the Emma Bridgewater ceramics factory in Stoke-on-Trent, Staffordshire, touring the shopfloor and watching youngsters getting creative with paint - to the delight of their royal visitor.

The visit was a chance for her to witness production of a new line of mugs the historic company has launched in support of East Anglia's Children's Hospices (EACH), of which the Duchess is patron.

She earned plenty of fans among workers, as she tried her hand at making flatware - which involved the precision throwing of a piece of clay onto a machine.

Warning on-lookers to "watch out", Kate managed to hit the mark first time although she remarked "it's a little lop-sided".

The Duchess of Cambridge also decorated some mugs and a video of her efforts was tweeted by Kensington Palace.

The Duchess of Cambridge has a go at painting ladybirds on pottery designed for @each_hospices @emmabridgewater http://t.co/P2EkCchvDD 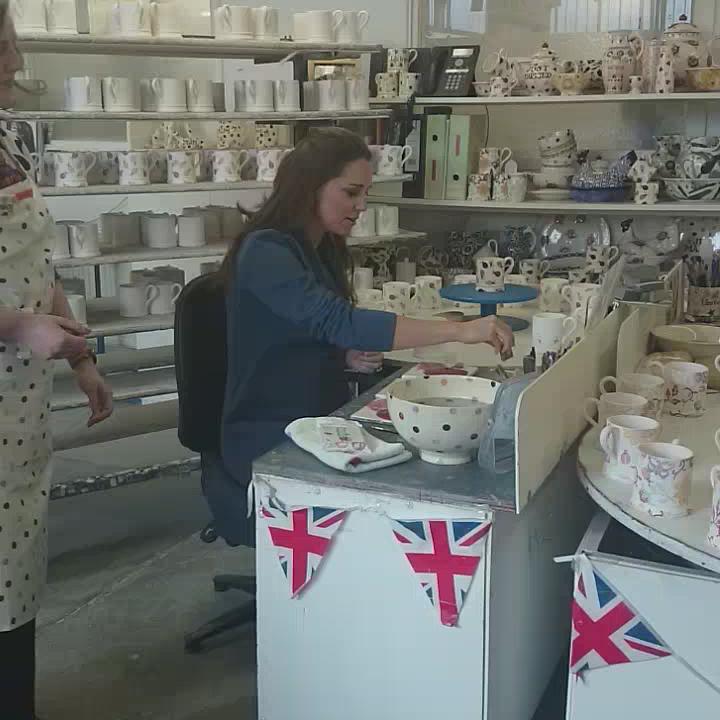