Supporters of suspended Top Gear presenter Jeremy Clarkson staged a high-drama stunt outside the BBC this morning, presenting a petition calling for his reinstatement by tank.

The vehicle, apparently driven by the motoring show's enigmatic professional driver The Stig, made its way from Westminster, through central London and towards New Broadcasting House near Oxford Street.

The signatures were delivered in a box with the words one million on the outside, however this was not actually true - during the time of the stunt, the petition had been signed by 990,000. 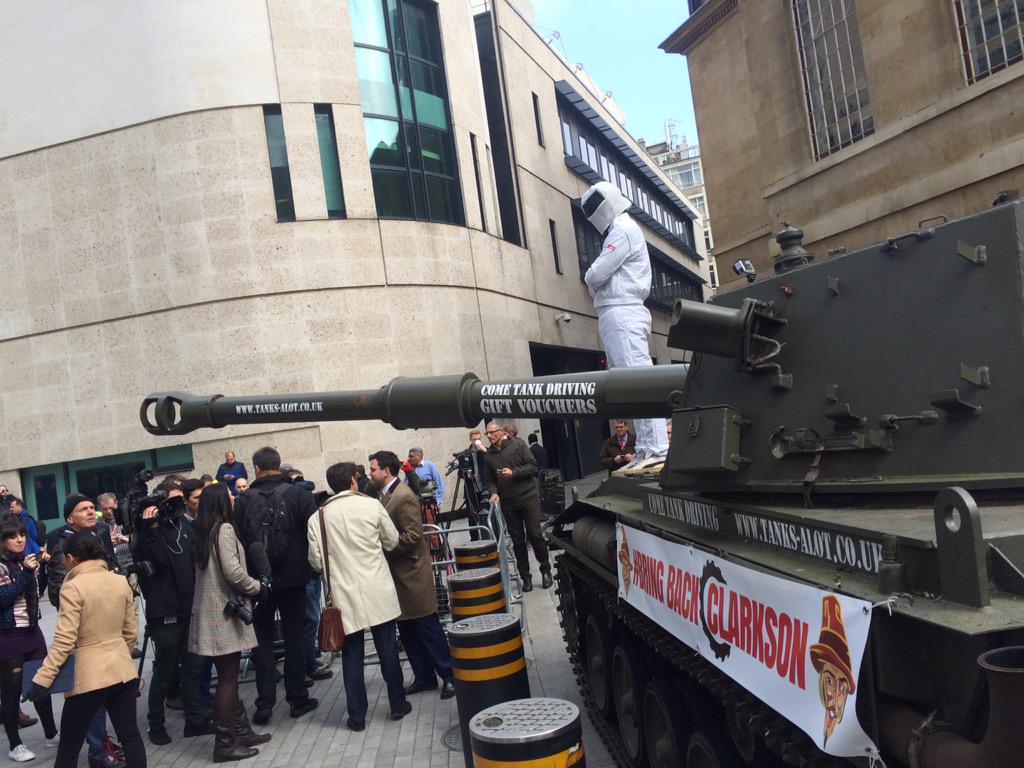 A petition was organised and heavily promoted by popular political blog Guido Fawkes.