Ed Miliband has shot back into the public eye today as he met with the leader of Milifandom, the unlikely campaign that saw him turn into an internet sensation.

Set up by 17-year-old student Abby Tomlinson at the height of his bitterly fought election campaign, the former Labour Party leader become an object of affection for thousands of teenagers.

It may not have been enough to land the politician Number 10, but he showed his gratitude to Abby today at a lunch meeting:

Currently having lunch with the brilliant founder of #milifandom @twcuddleston to say thanks for starting something so highly improbable... 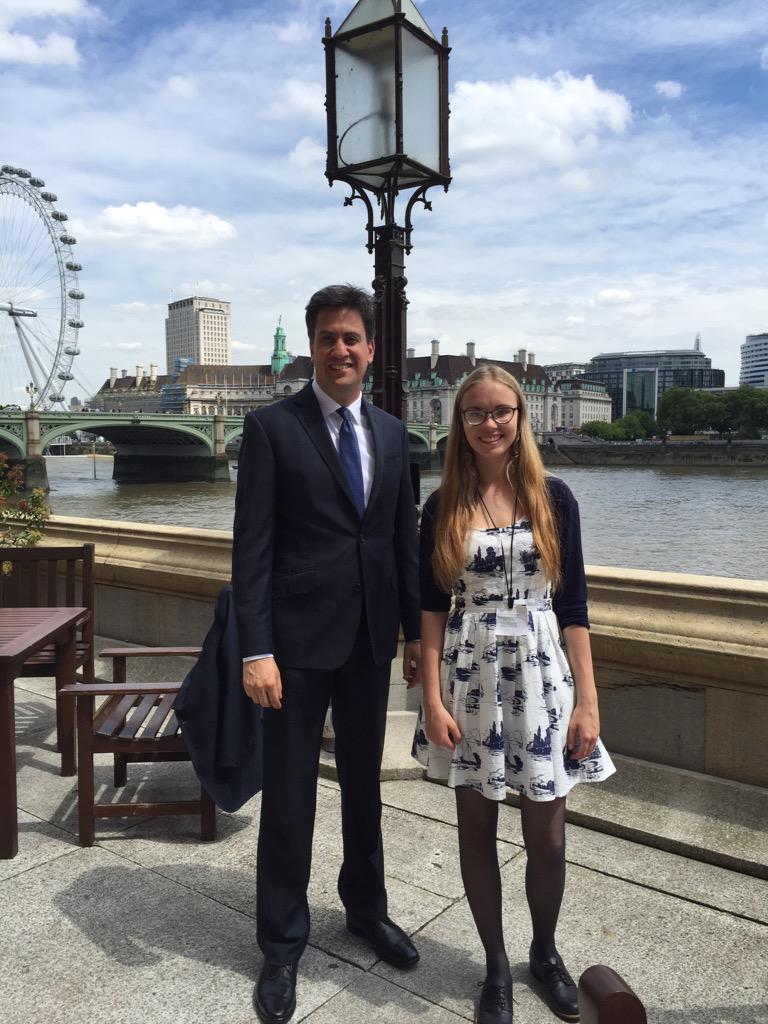 As internet users photoshopped creative tributes to the former Labour leader in a bid to win him the election, the embarrassed politician admitted that his wife Justine did not believe him when he told her he had a large and passionate online fanbase.

Pictures: Some of the best Milifandom tributes