England are celebrating today after beating Germany 1-0 after extra-time to finish third in the Women's World Cup.

Boss Mark Sampson was full of praise for his players after the Lionesses suffered heartbreak in the semi-finals when Laura Bassett's stoppage-time own-goal saw them beaten 2-1 by Japan.

Fara Williams' penalty at the start of the second half of extra-time earned England the bronze medal.

"These players, honestly, I don't know where they get it from, they find a way to dig deep," Sampson told BBC Three.

"But we wanted to show the world today that everyone has tough times but dust yourselves down, pick yourselves back up and go again.

"They're just awesome as a group of players. Awesome." 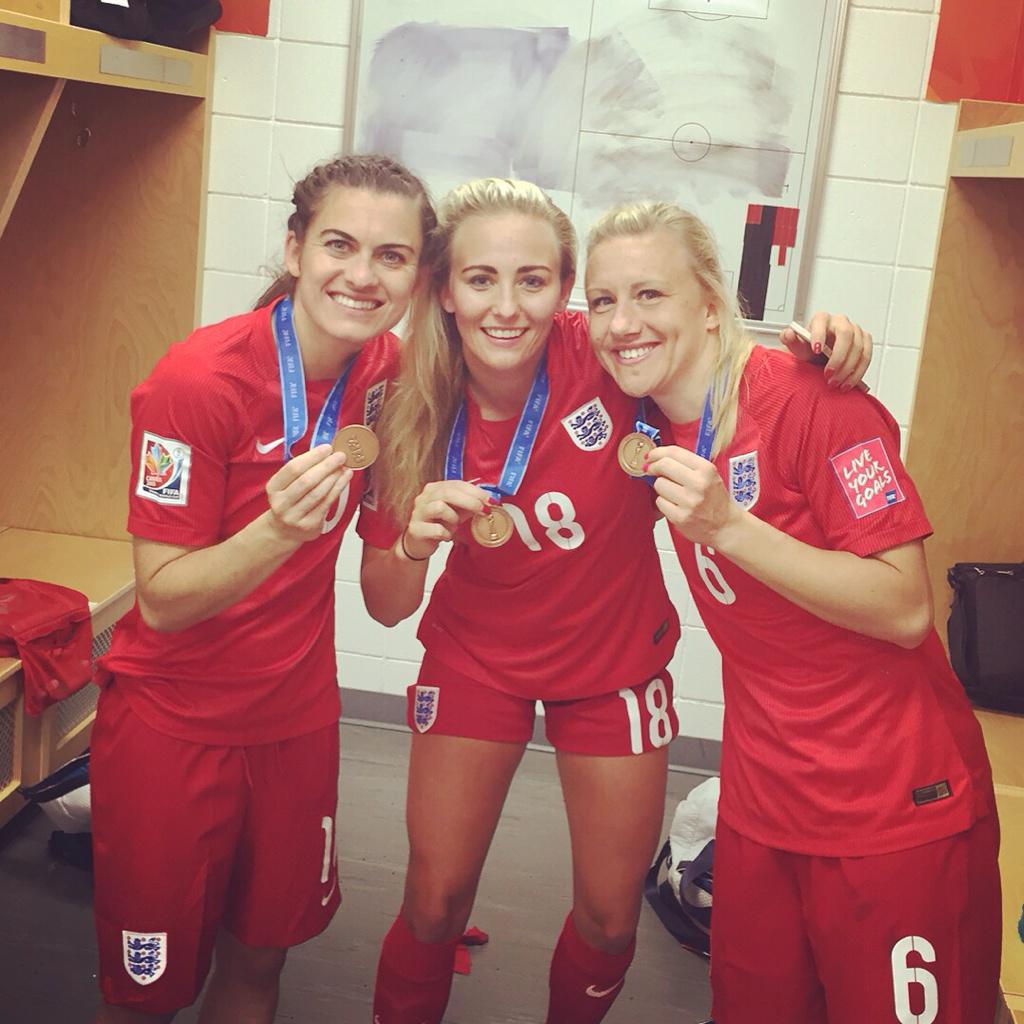 Williams joined her manager in crediting the spirit in the group, adding: "We know the squad coming into this tournament had big hope and big beliefs within this 23.

"Our performance today against the European champions showed we're all together, how strong we are."

BRONZE!!!! Unbelievable feeling!! 142 characters CANNOT do it justice! Highs/Lows whatever it's been so worth it???? http://t.co/QTQ8eDG5Gp

The exploits of the women's team in their run to the last four has caught the imagination of the British public and Sampson was eager to thank all those back at home for their support.

"Thank you to everyone back home, the support has been incredible, awesome, amazing," he added.

"It made such a difference for us, we really appreciate it."

After the match, Williams said the team is "buzzing" and looking forward to celebrating in the UK: