Can we have our ball back please...? #Wimbledon http://t.co/cSYrWvfHbH 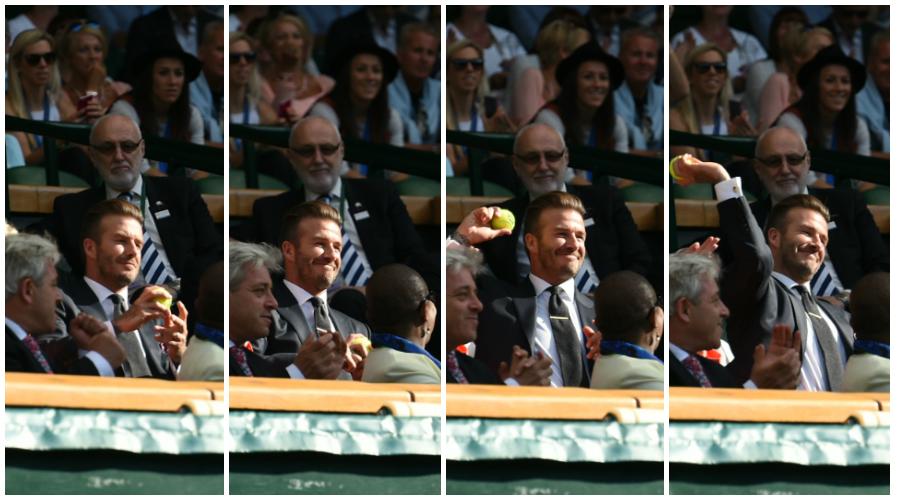 Jamie Murray may have made his second Wimbledon final, but it was spectator David Beckham's sharp catching that stole the headlines at SW19 today.

The former England captain wowed a packed Centre Court with his speedy reflexes after a wayward serve rebounded into the crowd.

A video of the catch was posted on the Wimbledon Facebook page (watch it there if it does not play below on your handset).

The catch was met with roars and applause from his fellow fans, while Beckham merely offered a slightly embarrassed smile and a wave after becoming unwitting centre of attention.

Murray and partner John Peers won the match against Jonathan Erlich and Philipp Petzschner in four sets to reach their first men's doubles final at the tournament.