Thirty firefighters have been tackling a blaze at an industrial park in Nottinghamshire for more than four hours. 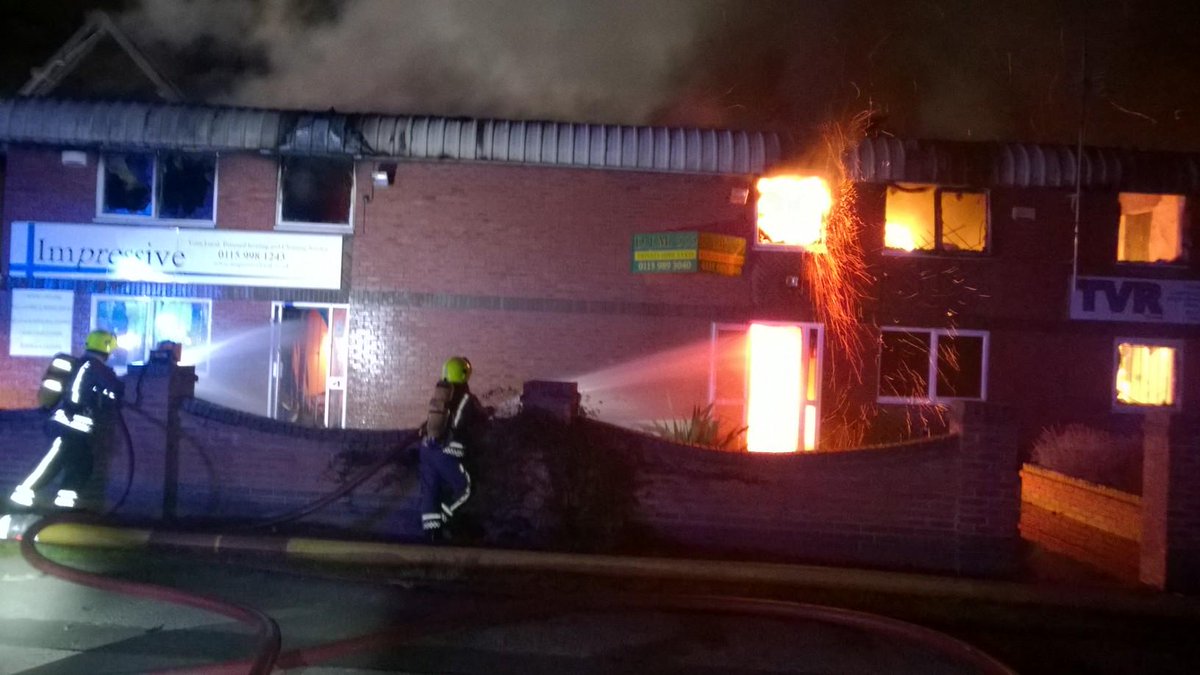 Crews were called to Hollygate Lane Industrial Park in Cotgrave - a town 10 miles south east of Nottingham - on Wednesday evening to deal with a "large incident".

Witnesses described hearing an explosion before the estate was engulfed in flames.

Nottinghamshire Fire and Rescue Service advised those living nearby to keep doors and windows closed to keep out the smoke.

A spokesman for the service said six fire engines were dealing with the blaze.