Is he turning into a hipster, is he giving subtle backing to leadership contender Jeremy Corby or is he just a man on holiday ignoring the daily ritual of razor and soap?

He's looking very swarthy. Could have picked up another 130 constituencies with that salt and pepper growth. http://t.co/xdJrtEamop

Whatever his intentions, Ed Miliband's facial fuzz has sparked more column inches about him in one day than the media have used since he quit following May's disastrous General Election.

Looking relaxed and smiling, Mr Miliband was photographed in a selfie at Brisbane airport in Australia by two fellow passengers. There were no reports of Pringles being eaten unlike his former rival, David Cameron, recently caught munching on an Easyjet flight.

Inevitably, the image whizzed around social media causing delight and consternation alike but there was consensus on one thing - it was more interesting than the Labour leadership contest.

Ed Miliband is growing a beard and everyone is freaking out http://t.co/mNL37VROjO #GOTNews

@domenicamaee @asos @ed_miliband I want to cry ?? why would he do that ???

Love how @ed_miliband beard is more interesting than the entire @uklabour party and their farce of a "leadership" contest. Wonderful 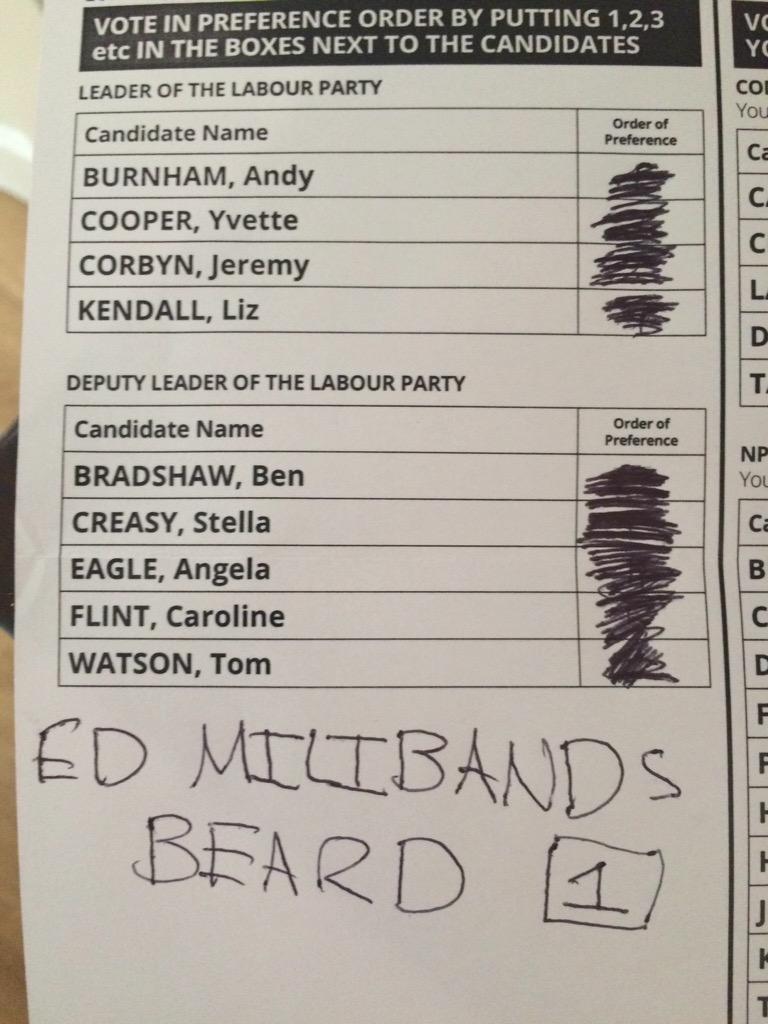 The hashtag #Milibeard even started trending.