"Judging by how we are being treated and what we are witnessing, the supreme leader's grip on North Korea is as strong as ever"

Lucy Watson reports on her rare insight into the world's most secretive state.

Only what is exceptional is shown of North Korea, but it is the ordinary that is the most fascinating.

From the air, you can see that agricultural land stretches as far as the eye can see. This country suffered from desperate famine in the late 90s and today, chronic food insecurity still exists, so every inch of its land is farmed.

As we flew into the hermit republic, families farming nearby fields stared as the plane touched down.

A rural and mountainous landscape interrupted by a state-of-the-art airport that only opened in July. It represents this country's development and ambition, but it jars against the traditional way of life it stands next to.

I was stopped from taking a photograph of construction workers still toiling on the build as we got off the aircraft, because what is unfinished or incomplete was not allowed to be shown.

Then followed a rigorous 90-minute immigration and security process. All of our communication equipment was examined. Our phones - to find out if they had satellite capabilities. Our laptops - to see if we had movies stored on them that we might show.

Each foreign media organisation was assigned at least one government guide. They are to accompany us everywhere we go, and stay in the same hotel.

Also camped out in the hotel is a committee of government security advisors who will approve where we go each day, and what we film. We have a schedule, staged events and a programme for us to follow. Straying from the script does not seem an option.

As we left the airport, and climbed aboard our media coach, night was falling and the eerie sound of classical music rang out across the car park.

A huge plasma screen erected above the terminal building flashed patriotic images and played music, as troops marched, singing what our guide told us was a military song.

These men were on their way home from work. The military is the state's workforce.

"The military is number one in this country - not just for defence but for construction and progress," our minder told me.

The journey from the airport to Pyongyang, the capital, was the most fascinating thirty-minute trip I have ever experienced. It allowed me to see what others seldom do. A rare glimpse into a secret nation is a privilege, but also a responsibility.

We passed vast stretches of pastel-coloured buildings and apartments.

A town that appeared new and lived-in, but our guide told me that within a year it would all be demolished and rebuilt into a modern city.

That's Pyongyang speed for you - everything is constructed at an incredible pace, and you can hear it and see it in every direction you glance.

As our bus passed fields and towns, a curtain of darkness was starting to conceal what we could see - yet labourers continued to work building new cycle lanes, while others picked beans from land by the roadside, or prepared the fields for the rice harvest.

Night-time encroached rapidly, and in DPRK it is unlike anywhere else. It is almost pitch black.

Even in the capital, silhouettes move through darkness, cross roads and head home illuminated only by car headlamps or building signs.

There are few street lamps working. Electricity is limited, yet every monument, dedicated to past and present leaders, shines brightly.

The Young Leader Kim Jong-Un has promised his public prosperity and leisure, and the "master builder" is ensuring that Pyongyang transforms rapidly.

This is my first visit to the country, but my cameraman has been on several occasions.

He was astounded by the increase in the number of cars on the roads, and to witness rush hour in the capital.

My brief views from the window are rare glimpses of an enigmatic country that I am hungry to see more of.

However, I fear I will only be shown what is staged and what is impressive in the capital, and Pyongyang is a mirage obscuring the realities of life here. 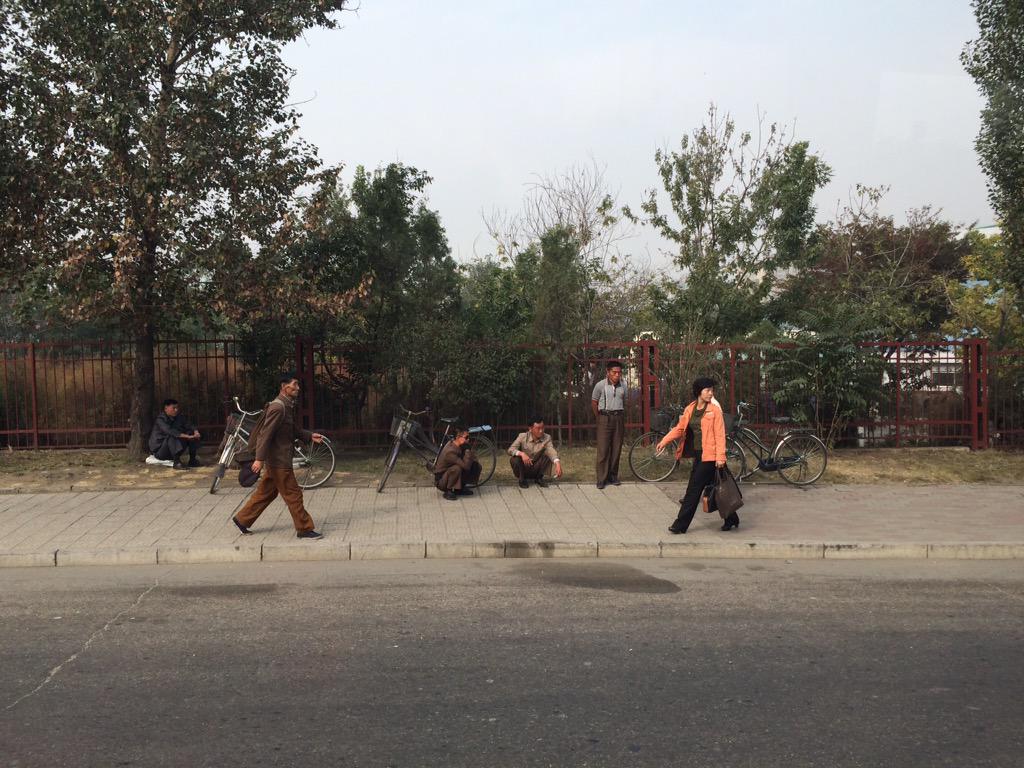 The hotel that's yet to open in Pyongyang #insidenorthkorea http://t.co/y535pl2c8c 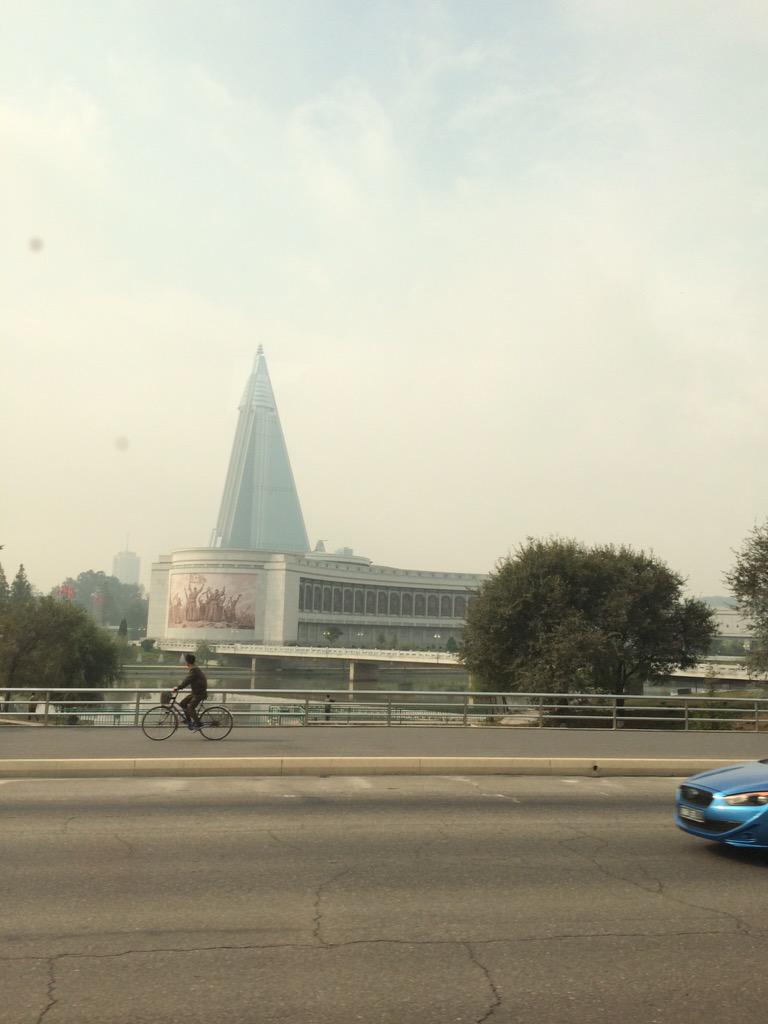 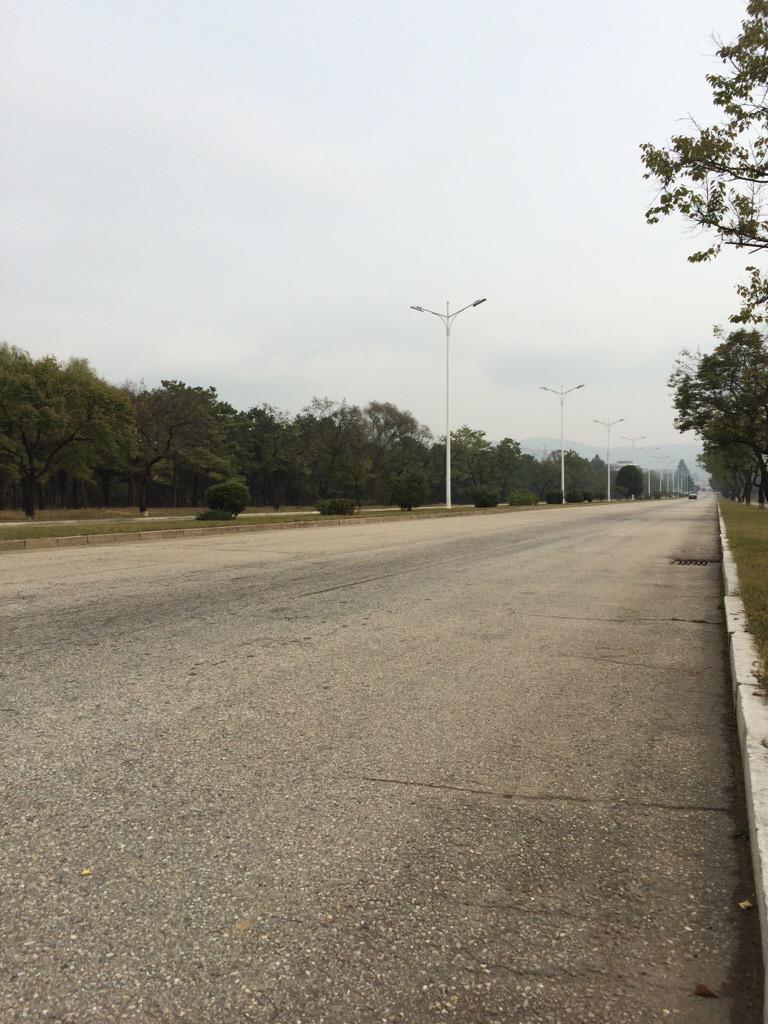 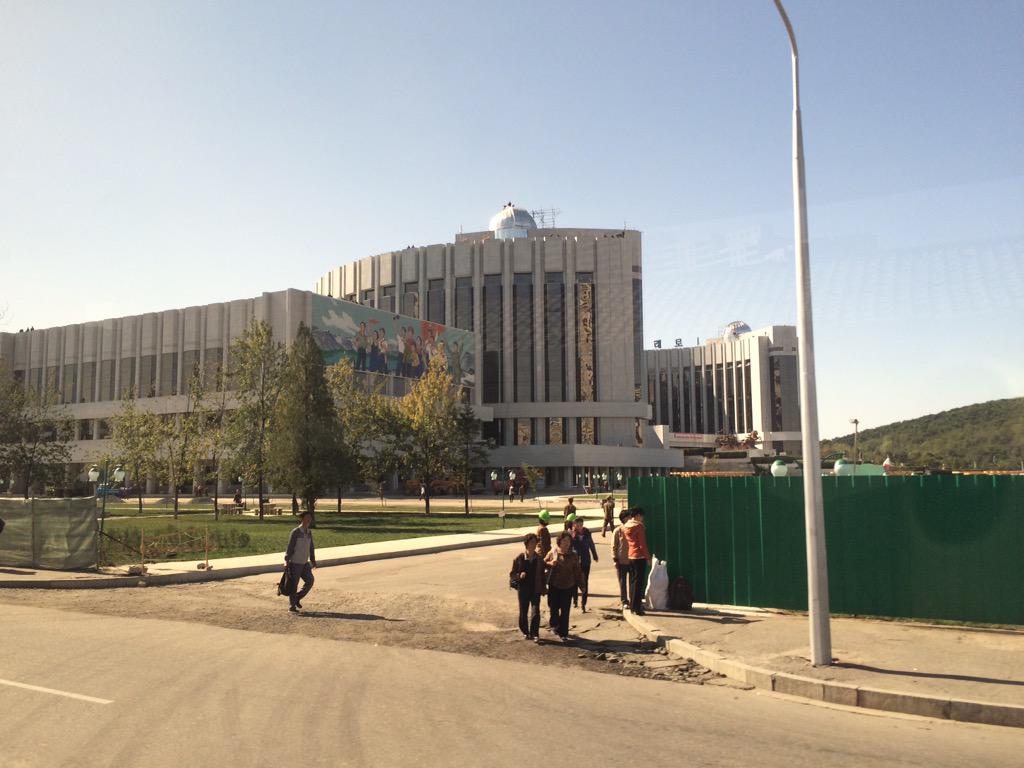 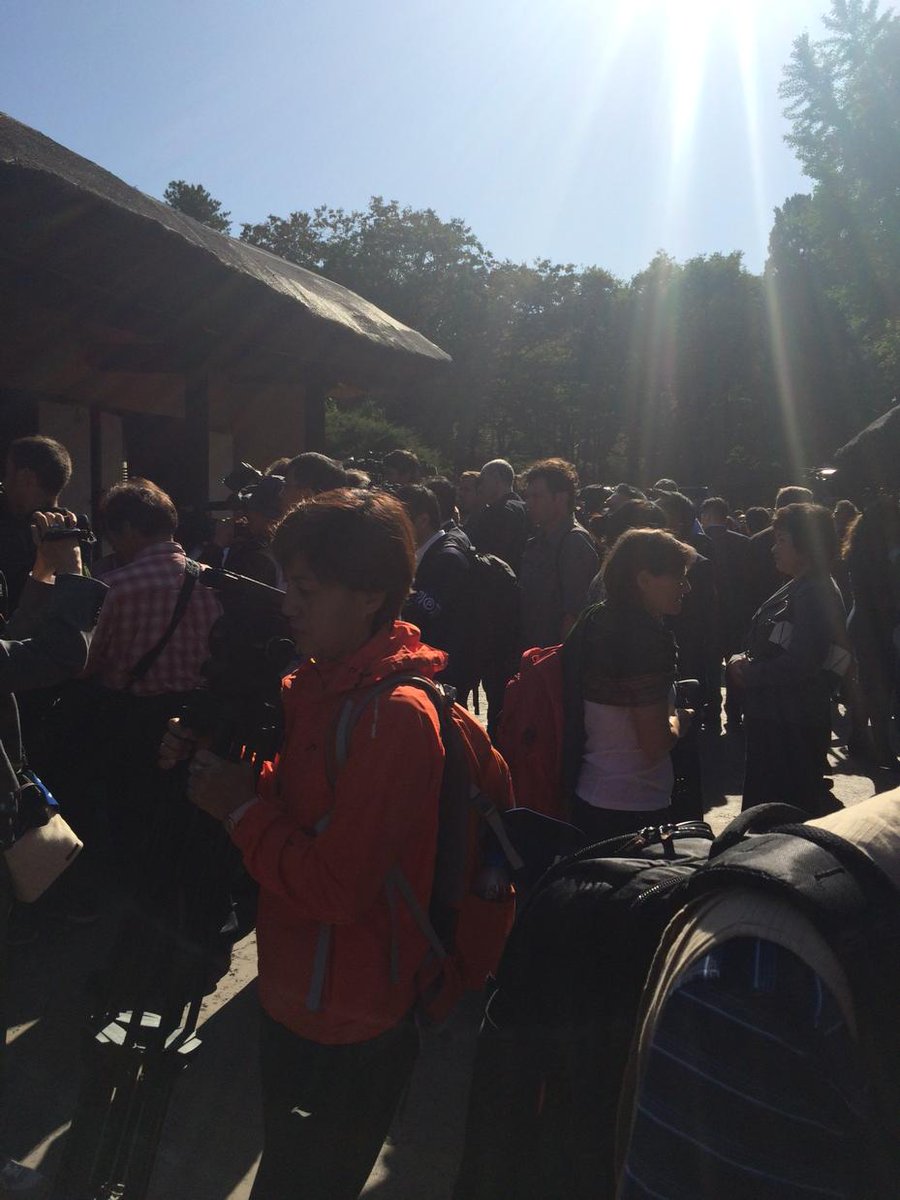 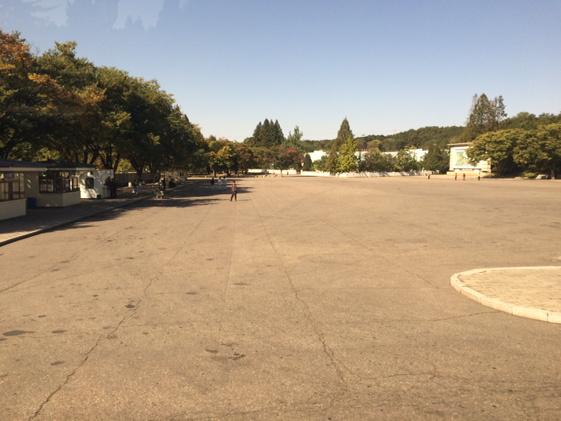