About 120 firefighters have successfully tackled a blaze that ripped through a warehouse in north London.

The fire, which completely engulfed a one-storey building on Pretoria Road in Tottenham, was eventually brought under control in the early hours of Saturday.

A smaller building next to the factory was also gutted

No injuries were reported.

Fire crews were called at about 9.50pm. At one point at least 20 fire engines at the scene.

Police closed off roads in the area of the blaze leading to some traffic delays.

Station Manager Bill Dunn who is at the scene said:

We have got over 100 firefighters at the scene and we're also using aerial ladder platforms to fight the fire from above.

Around 30 people had to be evacuated from homes in the nearby area during the initial stages of the fire as a precaution but they have since been allowed to return.

Eaarlier, pictures on social media showed plumes of black smoke visible for miles around the site. 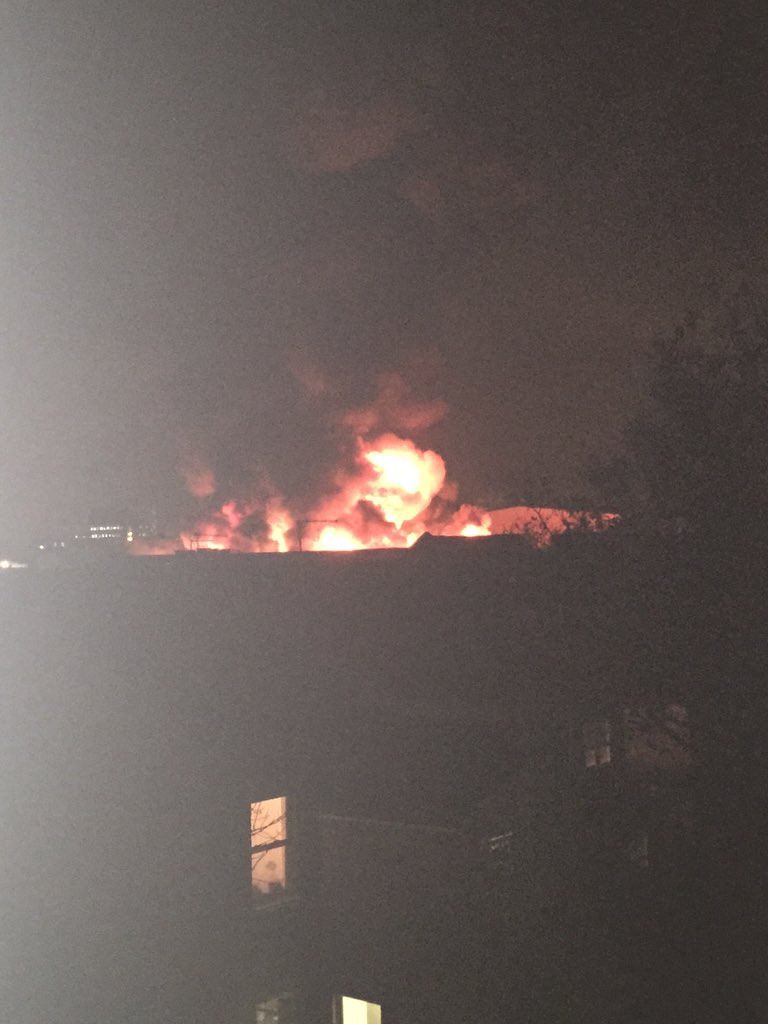 The cause of the fire is not yet known, but some have speculated a firework may have sparked the blaze.