One of Google's self-driving cars has had a run in with police after being pulled over for driving too slowly.

But luckily for the driverless prototype designers at Google, who will decide its ultimate fate as a product, saw the funny side of the police encounter posting on the official Google Self-Driving Car Project page; "Driving too slowly? Bet humans don’t get pulled over for that too often."

Since this seems to be all over the internets, I might as well post here as well. https://t.co/m7FD9pvRmi 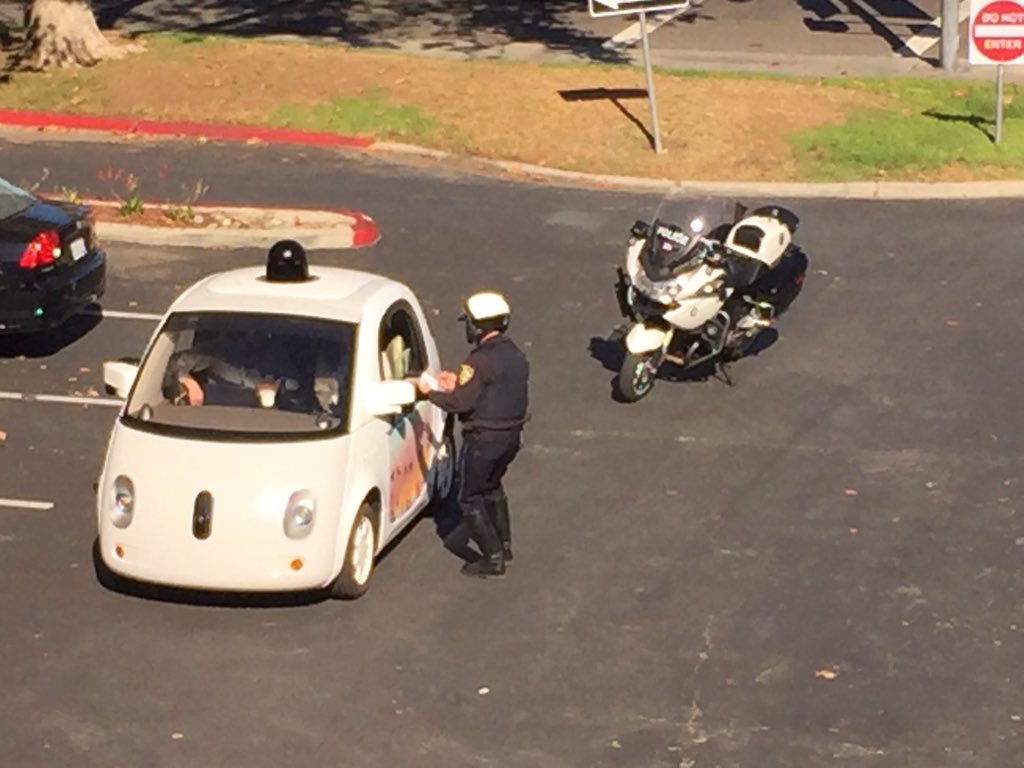 The prototype car was not given a ticket but the officer who pulled it over when he spotted it traveling 24 mph in a 35 mph zone in Moutain View, California, did have some questions for the car's passenger.

A post on the Police department's blog read: "As the officer approached the slow moving car he realized it was a Google Autonomous Vehicle.

"The officer stopped the car and made contact with the operators to learn more about how the car was choosing speeds along certain roadways and to educate the operators about impeding traffic."

After learning that the car had been set to travel at a maximum speed of 25mph for "safety reasons" the officer let the vehicle go on its way.