A man has been spotted walking down a street with a huge dead fish on a lead.

The unidentified bare-footed man was seen walking dragging the large dead fish through Folkestone in Kent.

Peter Phillips was driving his van through the town when he spotted the surreal sight.

"It was incredible - it looked like he was dragging an 18lb cod and he kept a straight face, as if there was nothing unusual," Mr Phillips said.

"I have no idea who he was and what he was doing but after a short bit of filming him I just left him and got back into my van."

It's not the first time a bizarre sighting such as this has been pictured.

Within the space of two weeks in London in 2014, a woman was spotted walking a man on a lead and a man was pictured walking two ducks. 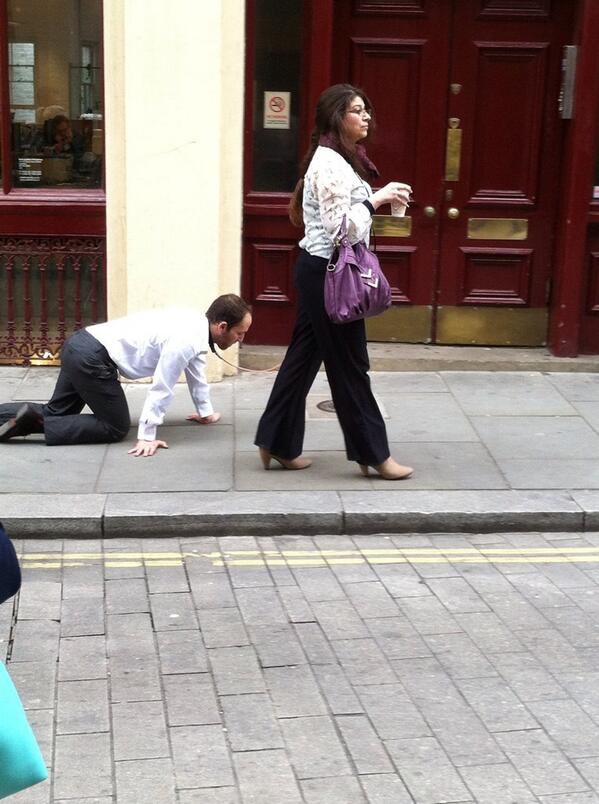 Man walks a pair of ducks on lead around Peckham http://t.co/GyTGg91ZBZ http://t.co/8qAe9bNf67 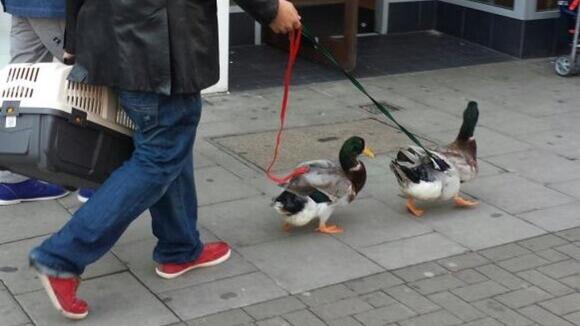