The 22-year-old signed a five-and-a-half year contract after what Potters chief executive Tony Scholes admitted was a race against time.

Scholes told his club's official website: "Giannelli is a player we have been trailing for some time and we are delighted to have concluded a deal to sign him.

"At one stage it looked unlikely that we would be able to get the deal over the line but things accelerated quickly earlier today and Giannelli is really excited about the prospect of playing in the Premier League with us."

#scfc delighted to confirm the signing of Giannelli Imbula from Porto for £18.3m - https://t.co/lkLqlVUn9F https://t.co/8B5LvfdzGN 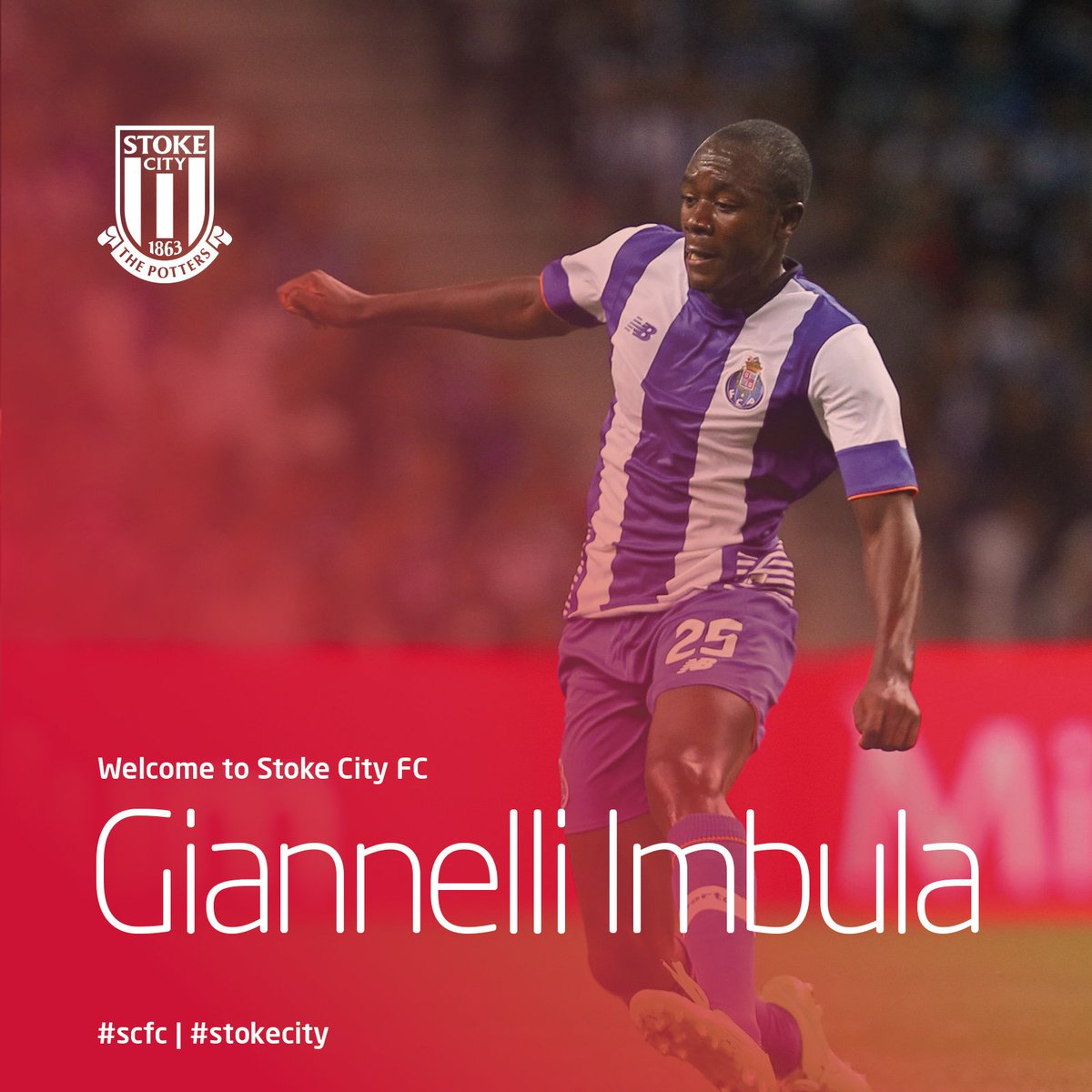 Imbula's arrival is another sign of the rising ambition level at the Britannia Stadium coming just five months after the club paid £12m to sign Xherdan Shaqiri from Inter Milan.

Stoke boss Mark Hughes said: "Giannelli is a good young player. He has great power, good ability on the ball and a great range of passing and there's no doubt he will add to the quality that we already have at the club.

"He played against us in pre-season and although I was already aware of him, seeing him at first hand resonated with me."

Imbula started his career in France with Guingamp before moving on to Marseille. He moved to Porto for around £16m last summer.