Iconic landmarks around the globe turned of their lights for Earth Hour - an annual event working to raise awareness of environmental issues.

The UK Houses of Parliament and Big Ben were plunged into darkness on Saturday evening as they marked the hour.

They joined a host of landmarks to go dark at 8.30pm local time as the World Wildlife Fund-organised event swept around the globe.

So exciting! The UK has switched off their lights for #EarthHourUK. Tweet your pictures with the hashtag  https://t.co/kXZYbQ6jRm 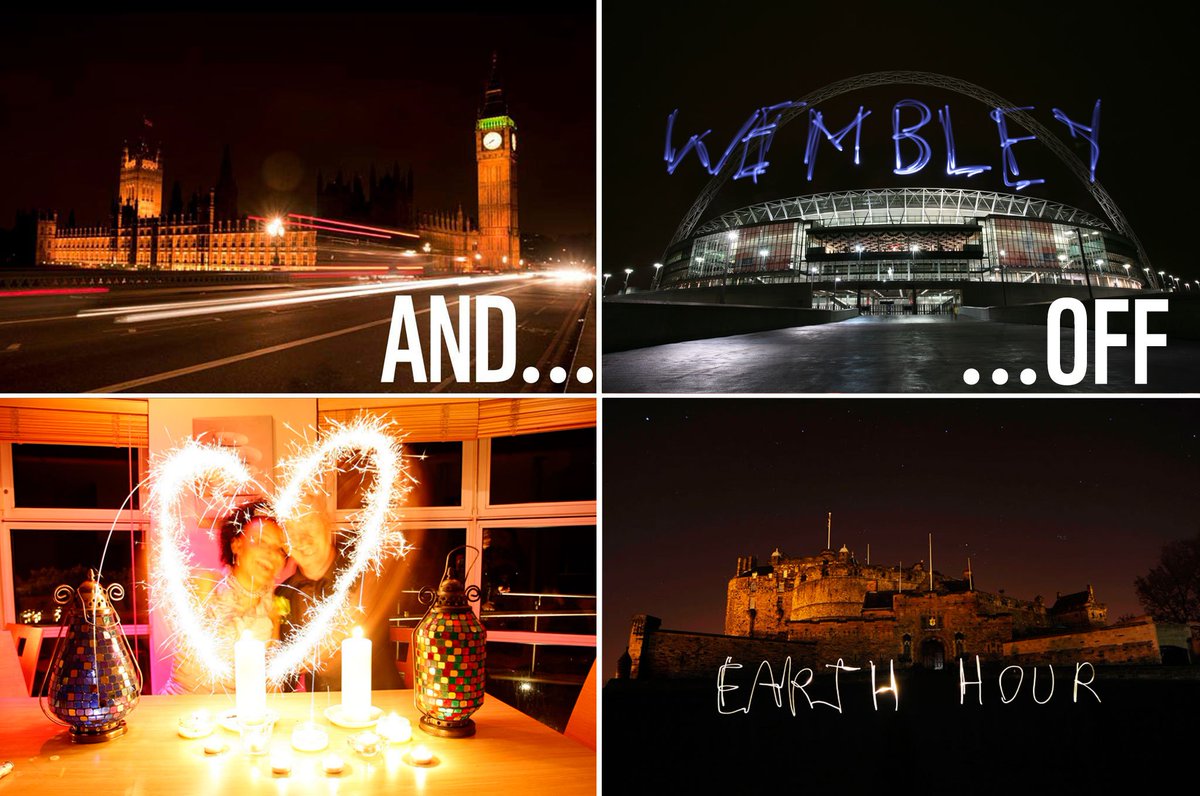 The Sydney Opera House and the Tokyo Tower were among the first buildings to switch off this year.

More than 350 landmarks across 178 countries are taking part in the event, which is intended as both a symbolic gesture to show people's love of the earth and to kick start conversations about protecting the environment.

This year more than 10.4 million people in Britain took part, along with thousands of businesses and 200 landmarks including Buckingham Palace, The Kelpies and Caerphilly Castle.

Earth Hour is an annual global celebration where people and iconic landmarks switch off their lights for one hour to show they care about the future of our planet.

It's a symbolic and spectacular lights out display with a big message - we want to protect the future of our planet.

This year's theme was based on the "places we love", which includes beaches, forests, reefs, national parks, mountains and rivers - all of which are ever-increasingly threatened by the effects of climate change.