Female developers expressed their anger at being greeted by the scantily-clad dancers at a conference party in San Francisco.

Many said it sent an inappropriate message for an industry which is already heavily dominated by men.

They were dancing on podiums. (Deleted originals to blur faces of the dancers) https://t.co/pG1BxmtbnO 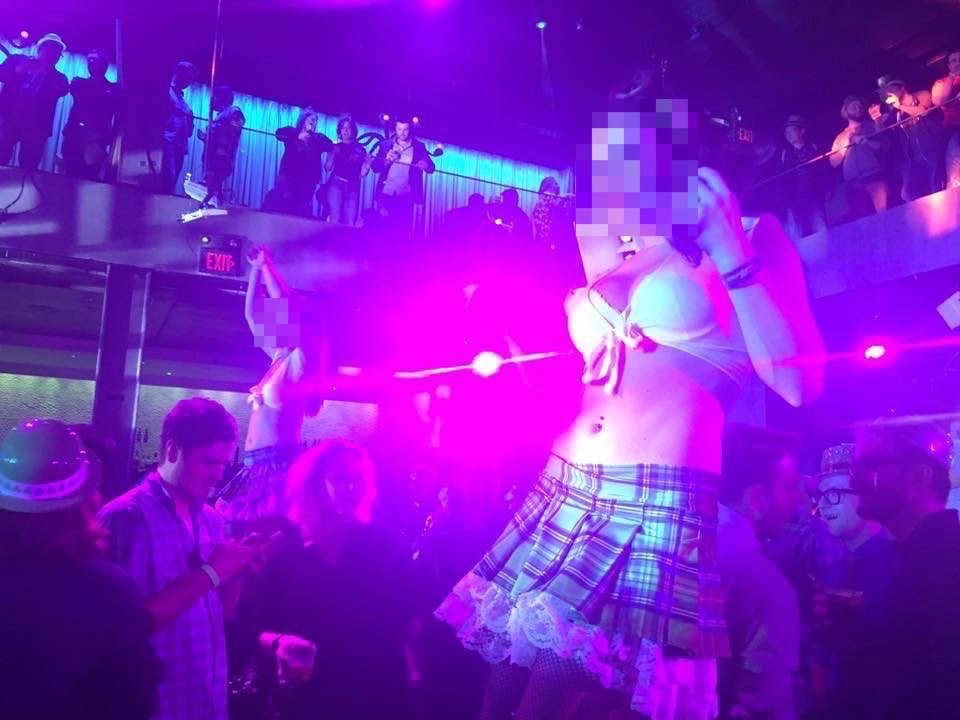 Kamina Vincent of the Game Developers’ Association of Australia tweeted "Thanks for pushing me out of this party, Microsoft."

She told The Mary Sue website that she was left "feeling very uncomfortable" by the dynamic and chose to leave the event.

"I did speak with several women after deciding to leave the party and their views were all consistent with mine," she added.

Microsoft sponsors a Women in Games lunch and awards, but then has scantily clad women dancers at their GDC party. NVIDIA does similar. 

Our industry treats women terribly. And when @microsoft has a frathouse atmosphere - it's just reinforcing some very damaging standards.

Aaron Greenberg, Microsoft's Head of Xbox Games Marketing, later said that he was "very disappointed" at the "completely unacceptable" choice of entertainers.

Phil Spencer, the head of Xbox, later said the way the event had been run was "unequivocally wrong" and "absolutely not consistent or aligned to our values".

It’s unfortunate that such events could take place in a week where we worked so hard to engage the many different gaming communities in the exact opposite way.

I am personally committed to ensuring that diversity and inclusion is central to our everyday business and our core values as a team – inside and outside the company.

We need to hold ourselves to higher standards and we will do better in the future.