The royal visit to Bhutan took a comedic turn today when the Duke and Duchess of Cambridge attempted archery.

Prince William seemed pleased with his arrow-firing effort at the open-air event in capital Thimphu, but Kate's aim was a little off, much to the couple's amusement.

The pair arrived in the tiny mountainous nation this morning and met the King Jigme Khesar Namgyel Wangchuck and Queen Jetsun Pema - another young couple with children.

After a quick change, the couple took part in a traditional welcome procession and visited the Thimphu Dzong a fortress that is base to the Bhutanese government and stands close to the Wangchu River.

The Duchess wore a Bhutanese-inspired outfit with a skirt made from local material styled on the country's national dress and teamed with a top by Paul & Joe.

The couple then watched and took part in the archery - Bhutan's national sport.

Such a lovely welcome! The Duke and Duchess stop to say hello to children who lined the road to Thimpu. https://t.co/GOqQY6FXtq 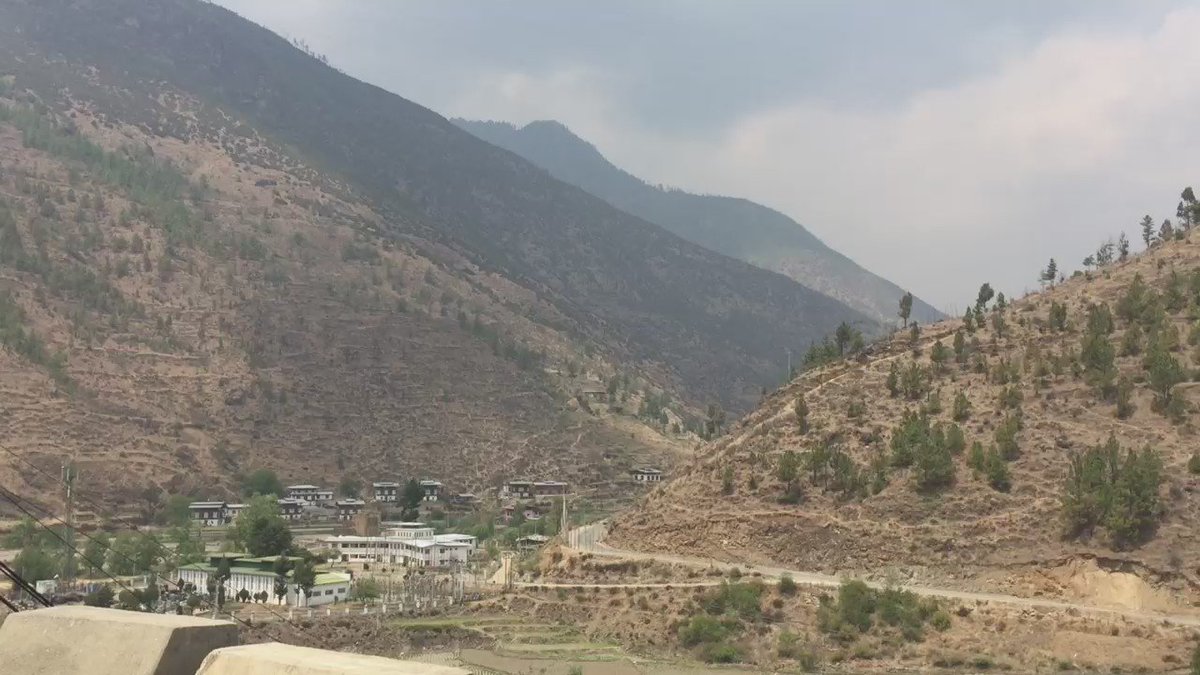 What you may not know about Bhutan: