Environmental campaigners have fitted pollution masks over famous statues around London to highlight the problem of air pollution in the capital.

Two activists scaled Nelson's Column in the early hours of Monday morning, while others breached security at the grounds of the Houses of Parliament to put a mask on a statue of Oliver Cromwell.

Eight people in total have been arrested.

Greenpeace said a total of 17 statues across London were being targeted, including Queen Victoria opposite Buckingham Palace, Eros at Piccadilly Circus and Thierry Henry outside Arsenal FC's Emirates Stadium in north London.

Ambulance crews and police officers stood at the bottom of Nelson's Column, which was roped off as the activists stood at the top of the statue.

At the Houses of Parliament activists put a mask on Oliver Cromwell, in what was something of an embarrassing breach of security at a time when London's terror alert is "severe", the second highest level.

Police were called to the scene at 6.25am, where two protesters, wearing helmets bearing the Greenpeace logo, had scaled the statue.

Police said the two voluntarily came down from the statue and were arrested, along with two others near the scene.

Eight people were arrested in total over the protest campaign, police said.

As well as the four near the Cromwell statue, two people were arrested at Nelson's Column on suspicion of criminal damage and two more were arrested after scaling the Duke of Wellington Memorial in Hyde Park Corner. 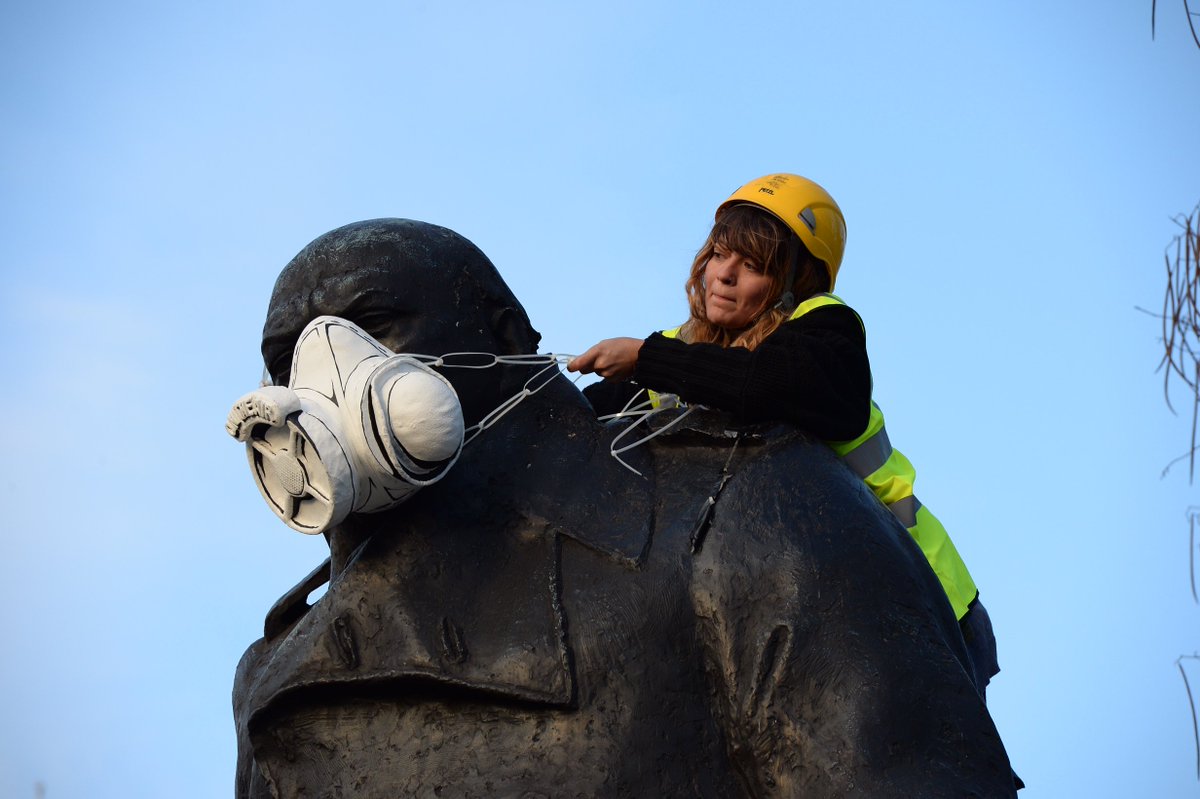 The Greenpeace campaign is intended to put pressure on whoever wins May's mayoral election to take action over the capitals "dangerous" levels of air pollution.

Campaigner Areeba Hamid said: "Monitoring shows that, if these statutes were real people, many of them would often be breathing dangerous, illegal air. That's why we've given them face masks.

"Of course many millions of Londoners, including kids, are breathing that same air. Kitting everyone out with face masks is not the solution; instead we need to see real political action from the new mayor."