Chief executive Stewart Regan said the Scottish Football Association was "appalled by the scenes of disorder and the contemptible behaviour" after the Scottish Cup final and that a full investigation, carried out along with Police Scotland, would begin.

Regan said: "The Scottish FA is appalled by the scenes of disorder on the field immediately after full-time and at the contemptible behaviour that ensued. What should have been an historic, memorable Scottish Cup final will now, sadly, be remembered for all the wrong reasons.

"Police Scotland and the stadium management initiated a Crisis Liaison Group as soon as the disorder began and we thank them for containing the situation as quickly as possible.

"The Scottish FA, along with Police Scotland and the stadium management have initiated a full investigation into the scenes that unfolded to understand how such a volume of supporters were able to enter the field."

Hibernian mounted a stirring comeback to beat Rangers 3-2 but the joyful mood was soured after the final whistle, when a chaotic pitch invasion ended with mounted police restoring calm on the pitch.

ITV News' Scotland correspondent Peter Smith reported from within the stadium via Twitter, claiming that Rangers captain Lee Wallace was among those attacked by fans.

Several of the Rangers playing & coaching staff were attacked by fans during that pitch invasion. Thousands were on before police separated.

I saw Rangers captain Lee Wallace attacked by fans on the park. He was punched and kicked until his team mates and security moved in. 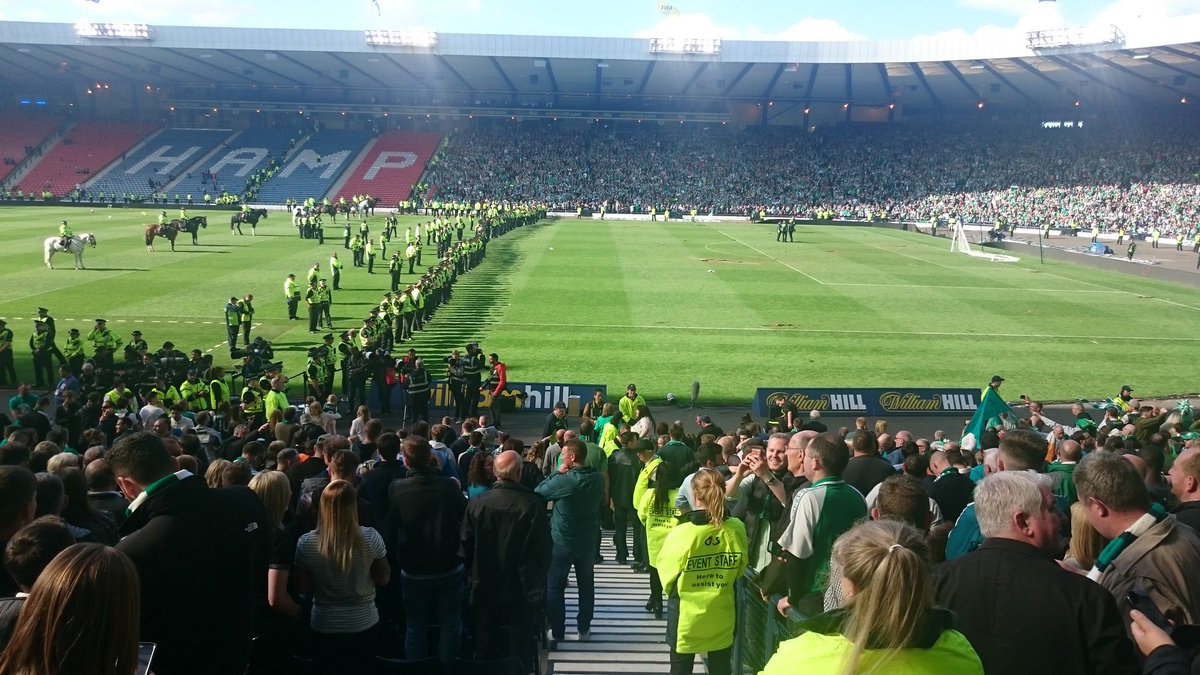 Rangers condemned the "disgraceful" behaviour of Hibs fans in an official statement, and also claimed that their players and staff "were assaulted by these fans who invaded the pitch": 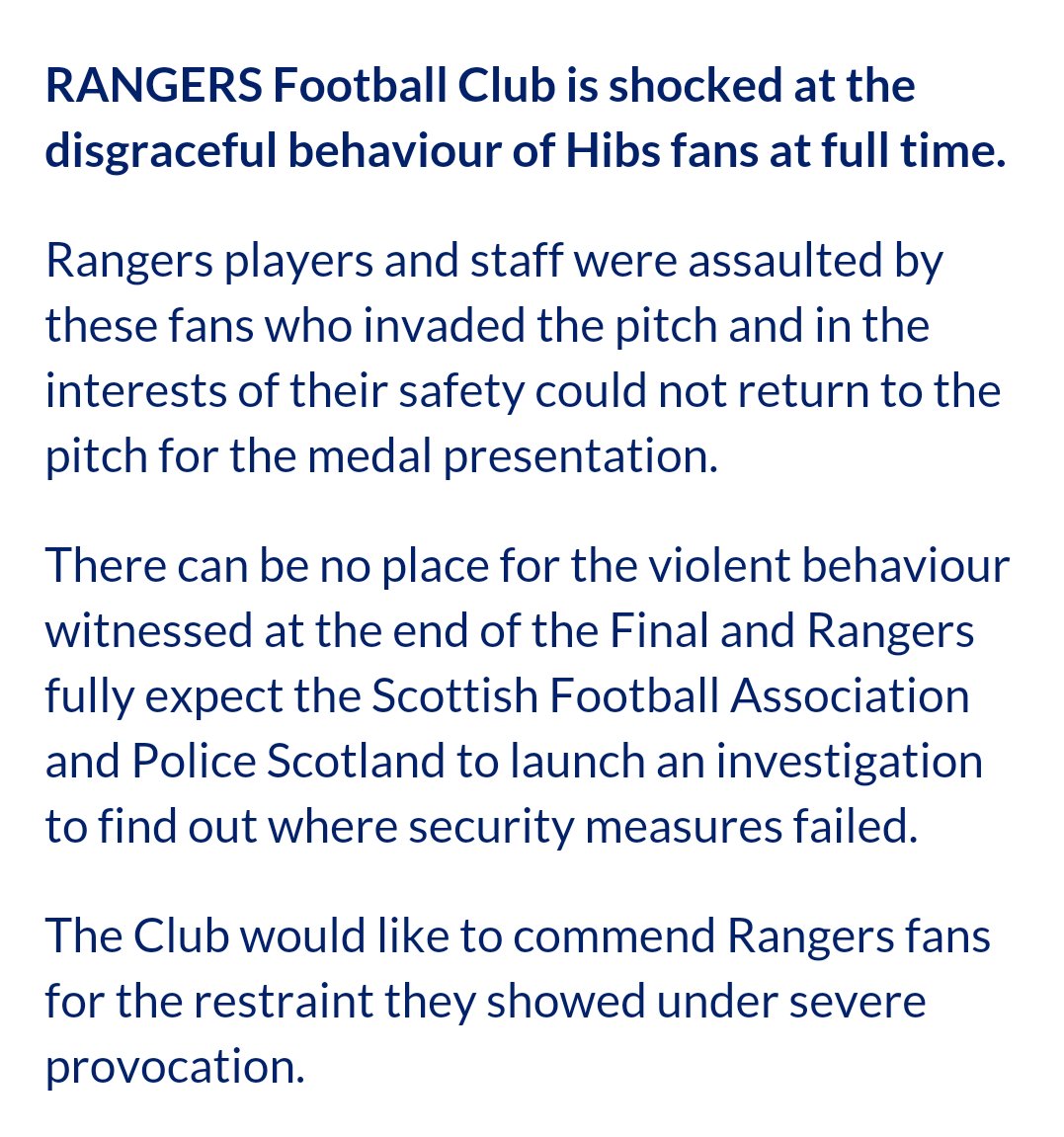