A cross-party group of politicians have teamed up to launch a campaign to "take a stand" against online abuse.

The politicians say they want to make sure that no-one can threaten women on the internet or bombard them with sexist insults.

They have launched a website and will discuss issues at a conference in July.

The Internet must be voice for the voiceless, free speech &debate. Let's #ReclaimtheInternet so every voice is heard https://t.co/Jt2vjus8B6

The campaign has been backed by Girlguiding, who says there is a "clear and urgent need for action".

#ReclaimtheInternet launches today, here’s a statement from #GuidingAdvocates about why this campaign is important! https://t.co/vN0N60AhFe 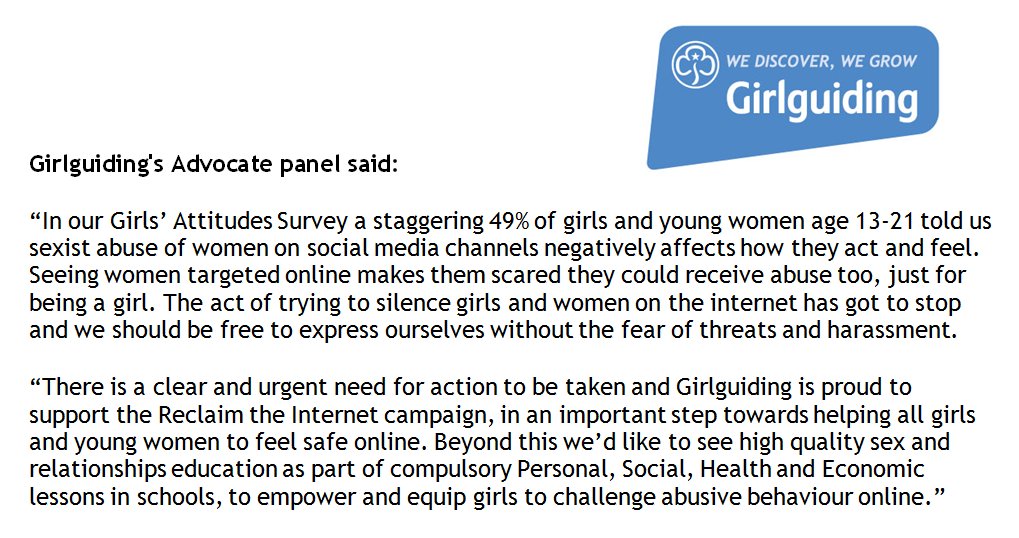 The think tank Demos released a study to coincide with the launch of the campaign, in which researchers found that half of all online abusers were actually women.

It also found that 200,000 tweets featuring the words "slut" and "whore" were sent during a three week period in April.