The government's 'Register to vote' website was unavailable for hours just before the deadline approached for people wanting to take part in the EU Referendum.

The deadline to register was 23:59 on Tuesday and its believed that at least 50,000 people left it late to sign up for the crucial vote on June 23.

We are aware of the technical issues. The Cabinet Office is working to resolve them as swiftly as possible.

A live usage site said there were 32,446 people attempting to access the registration website at around 11:20pm.

The online registration system was supposed to make it easier than ever for people living in England, Wales and Scotland to register.

But on Twitter some people complained that the website has been down for over two hours just as the Prime Minister David Cameron and vote leave campaigner Nigel Farage took part in an EU referendum programme on ITV. 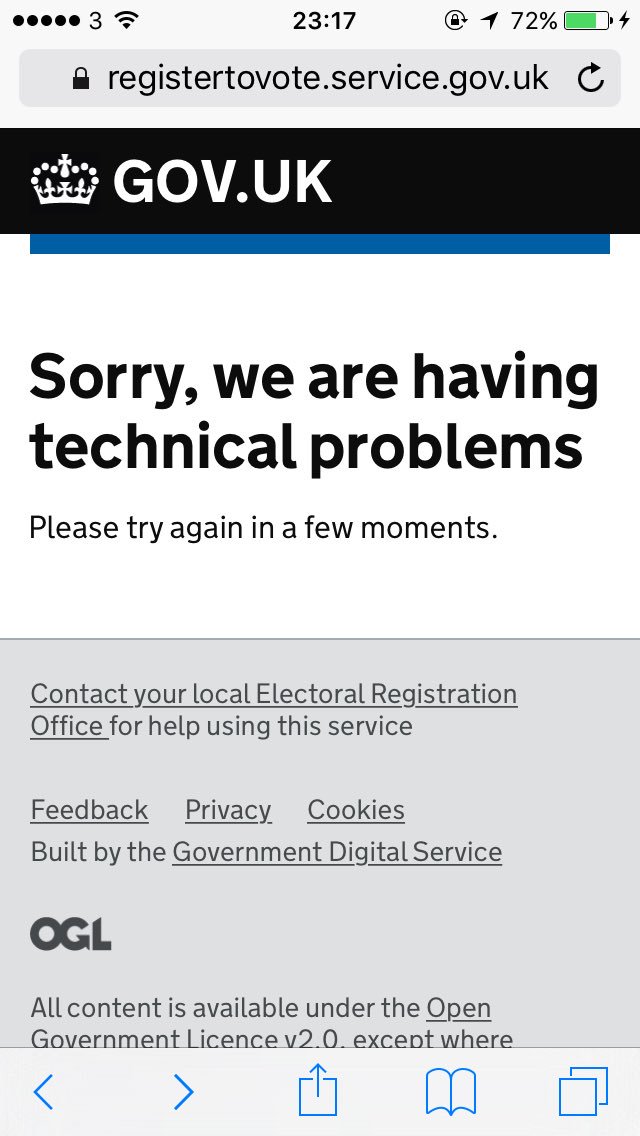 The Electoral Commission - which oversees the running of the referendum - said it was aware of the issue but pointed out that the deadline was set by Parliament in legislation.

We are aware of issues with the government registration website and know that they are seeking to resolve these as soon as possible.