Adidas's latest Copa América advertising campaign has infuriated Colombians because it features an incorrect spelling of the South American country.

The German sportswear company's new ad for the Colombian football team's new home kit spelled the country as "Columbia" instead of "Colombia".

Dear @adidas it is Colombia not Columbia... Thank you https://t.co/6XfACSWk9e 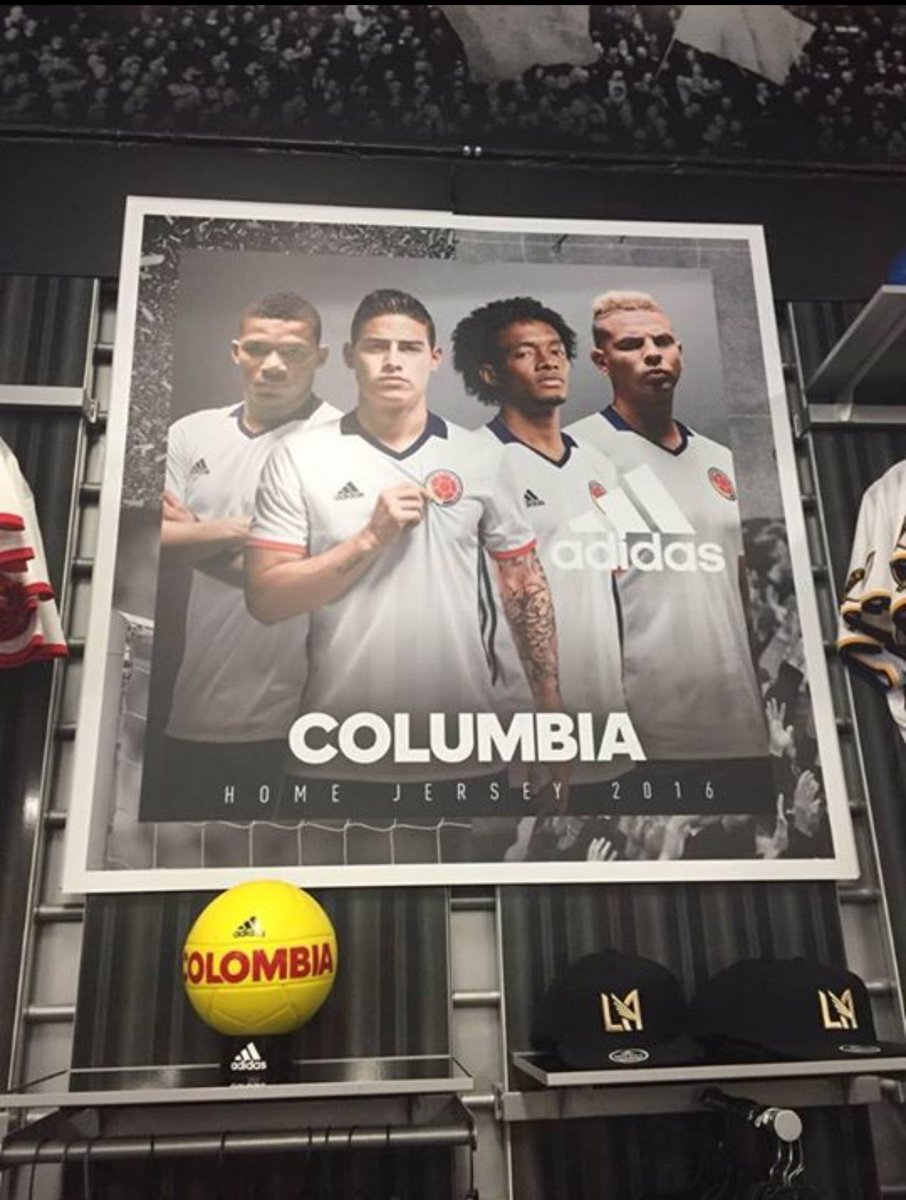 Do you know the country is called COLOMBIA and not ColUmbia? Seems as though you don't. Disrespectful. @adidas

Someone please tell @adidas that they misspelled Colombia in their entire campaign. https://t.co/5qL1IL76uY #ItsColombiaNotColumbia

Adidas also misspelled Colombia on its website, but the gaffe has since been corrected.

One "very proud Colombian woman", who called herself Stephanie P, was so upset that she wrote an open letter on Twitter to the sports apparel company.

"In a world where ignorance is infamous when it comes to the acknowledgement of third world countries, it is unbeknownst to me why the correct spelling of COLOMBIA is so difficult to comprehend for the general public," she wrote. 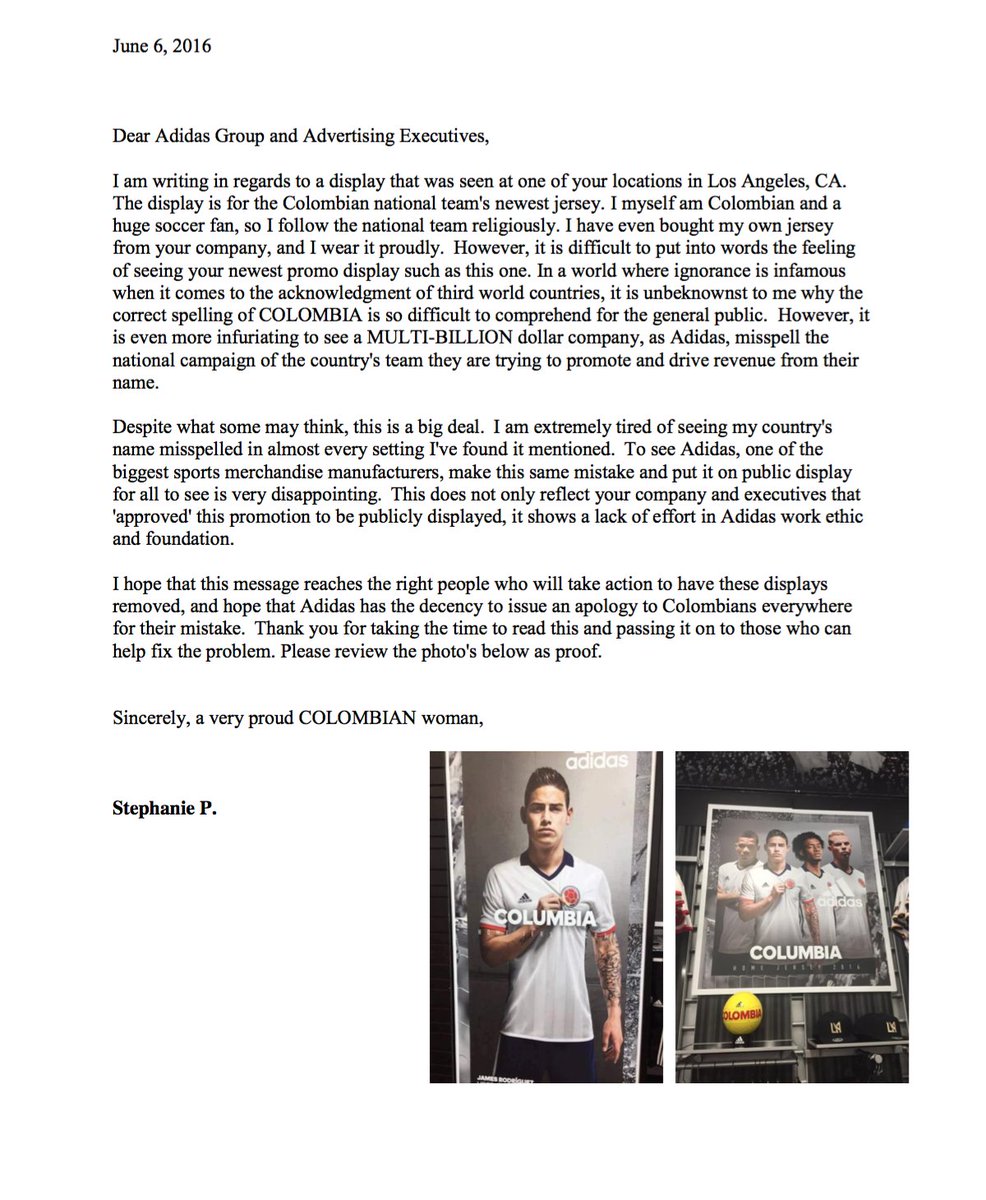 Despite what some may think, this is a big deal. I am extremely tired of seeing my country's name misspelled in almost every setting I've found it mentioned.

To see Adidas, one of the biggest sports merchandise manufacturers, make this same mistake and put it on public display for all to see is very disappointing.

Adidas apologised for the mistake and said it was working to replace the adverts.

The misspelling of Colombia is so common that it sparked the social media campaign #ItsColombiaNotColumbia in 2013.