Sterling has fallen to $1.3459 dollars - its lowest since September 1985 - and on track for its biggest ever daily decline as a victory for Leave looks increasingly likely.

Wins for Leave, beginning with a substantial win for Sunderland, caused the pound to drop sharply overnight with the occasional 'bounce' with strong wins for Remain.

Following further wins for Leave and an ITV News results analysis suggesting an 80% probability of the UK leaving the EU, the pound dropped 7% against the dollar and 3% against the euro. 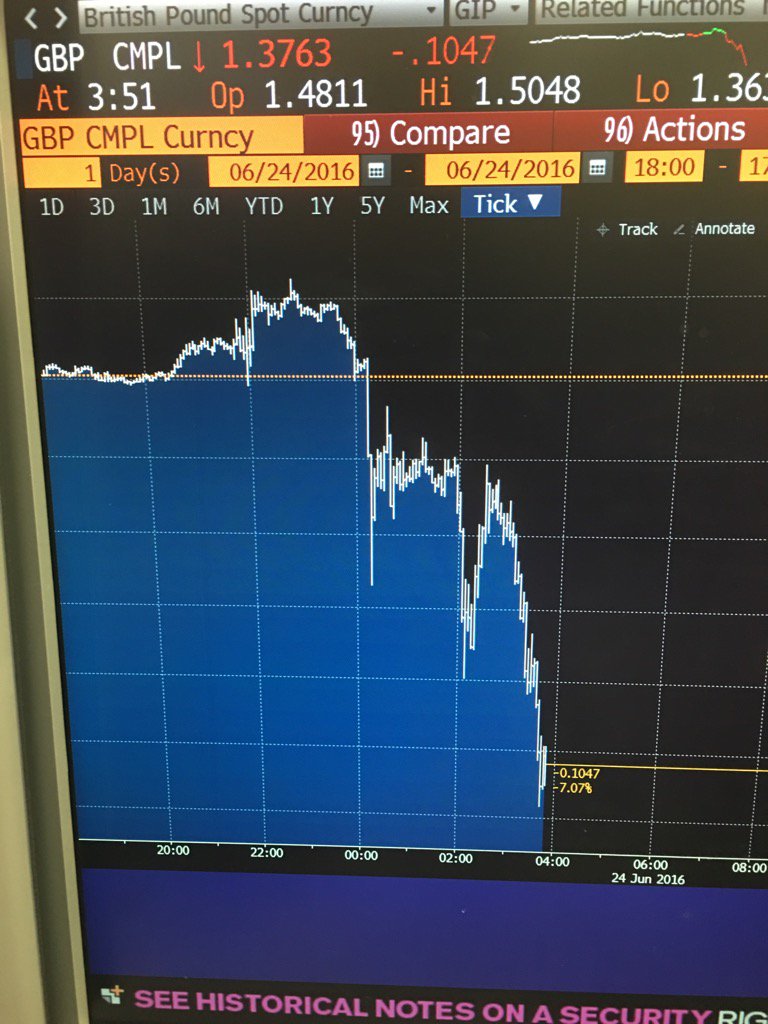 Joe Rundle, Head of Trading for ETX Capital, said markets were "jittery" and described the drop as a "once in a five year moves".

He said that the drops in the pound are "tantamount to a bloodbath".

[The market was] betting on the fact that the people who were undecided would be risk averse and would therefore would back Remain on the day but it looks like from that Sunderland victory this could be wrong and the market has made a massive mis-pricing of the assets.

The pound bounced up with a significant majority for remaining in the EU in Wandsworth but markets were down again with more wins for Leave. 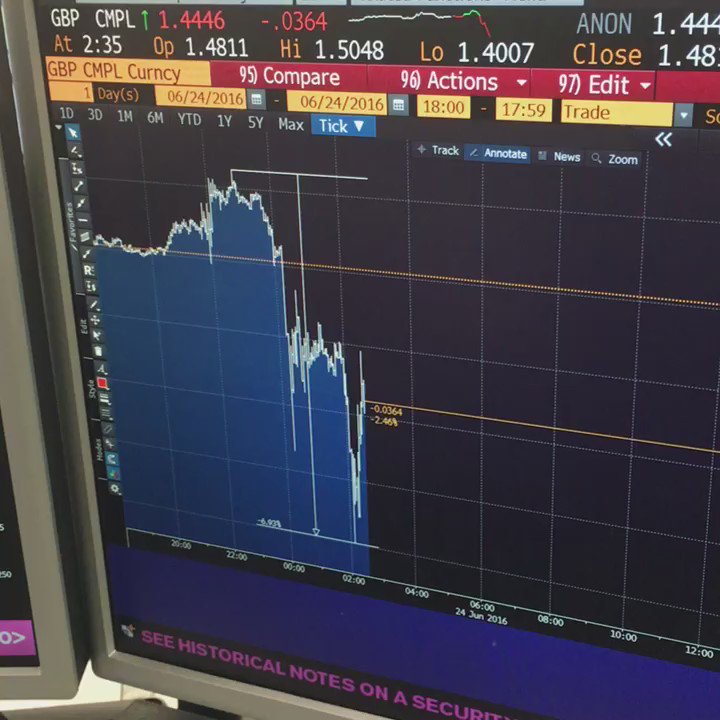