Singer Rita Ora has been hospitalised after reportedly suffering from exhaustion just hours after the burglar who raided her home was jailed for five years.

Today was pretty tough but I'm getting through it thank you all my fans and friends for the support! I love you!❤️❤️ https://t.co/kmn9Qr7IvZ 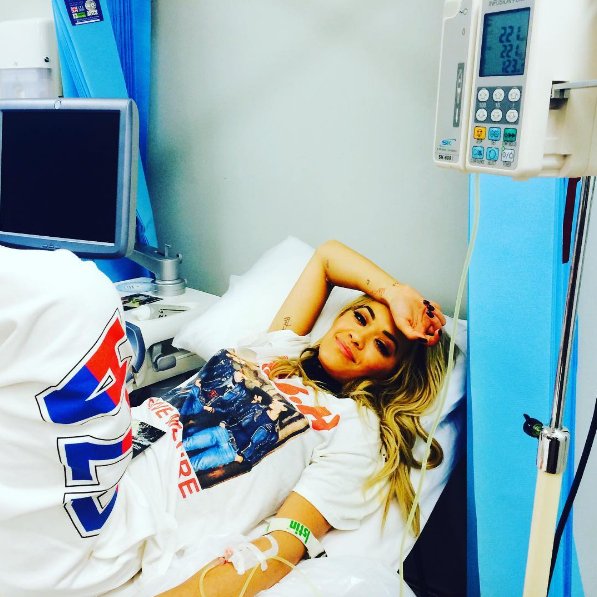 Charaf Elmoudden was jailed for five years on Wednesday after he went to the singer's four-bedroom London house and stole expensive shoes, phones, computers and a designer bag worth more than £200,000.

Ora and her sister Elena were alone at the semi-detached home they share with their parents when two men broke into the three-storey property.

Elena was woken up by 26-year-old Elmoudden ransacking her bedroom. She told the jury she confronted the intruder and he "looked dead in my eyes".

Ora was woken up by her sister's screams and the singer's frantic call to 999 was played in the court. She sobbed as she told the operator "I don't have a knife" and threatened to kill the thieves while she waited for the police to arrive.

The 25-year-old also shared a close-up photograph on Snapchat of an IV drip in her arm.