Footballers are usually defined by one or two moments in their career, whether it’s a cup final winner or a moment of madness. Unusually, John Bostock experienced both prior to his 17th birthday. Aged just 15 years and 287 days, he made his league debut for Crystal Palace. Eight months later, he would join Spurs in an acrimonious move, something that has left a watermark on his adult life.

The midfielder never played a league game for Spurs during his five years at the club, featuring infrequently in various cups and was sent on loan five times.

Due to this stalling of his career, Bostock is unfairly remembered in England for not making the impact he was supposed to at White Hart Lane and in the Premier League. Now Bostock is doing his best to prove the doubters wrong on his own terms away from his homeland.

“I moved to Spurs, I learned a lot and I enjoyed my time there but it didn’t turn out how I would have liked it to but I would like to be defined as someone who never gave up and tried to make the best of his abilities and talents,” Bostock told ITV News.

“It wasn’t a safe move for me to move abroad, to bring my family to another country where we don’t speak the language, it’s not comfortable but so far it’s been a very productive opportunity for me.

“I’d like to be defined as a player who is hungry to achieve, a player who is not trying to live up to that 15-year-old hype, keen to learn the game and enjoy the game. I want to try to play at the highest level possible, so however that looks, whatever country that’s in I am hungry to do it.”

Since leaving the country, Bostock has enjoyed success in Belgium, becoming a key player at firstly Royal Antwerp and then OH Leuven, who he helped gain promotion to the Jupiler Pro. Now the Englishman has a new challenge ahead of him at RC Lens in Ligue 2, who the now experienced Bostock is hoping to lead back to the French top-flight, alongside fellow Englishman Taylor Moore.

The London-born midfielder had the chance to return to England - he was heavily linked with a move to Queens Park Rangers, but decided foreign pursuits were more desirable, something that surprised Bostock himself.

Last season in the Belgian top-flight, Bostock’s club OH Leuven were relegated but, from a personal point of view, the Englishman impressed, scoring seven in 24 games, alerting a number of clubs to his abilities. Despite all the interest, Lens were the team to get their man in the end.

Today I sign for @rclens ,it's an honour for me to play & fight to take this club back to where it belongs. #RCLens https://t.co/TjWtqZtHHZ 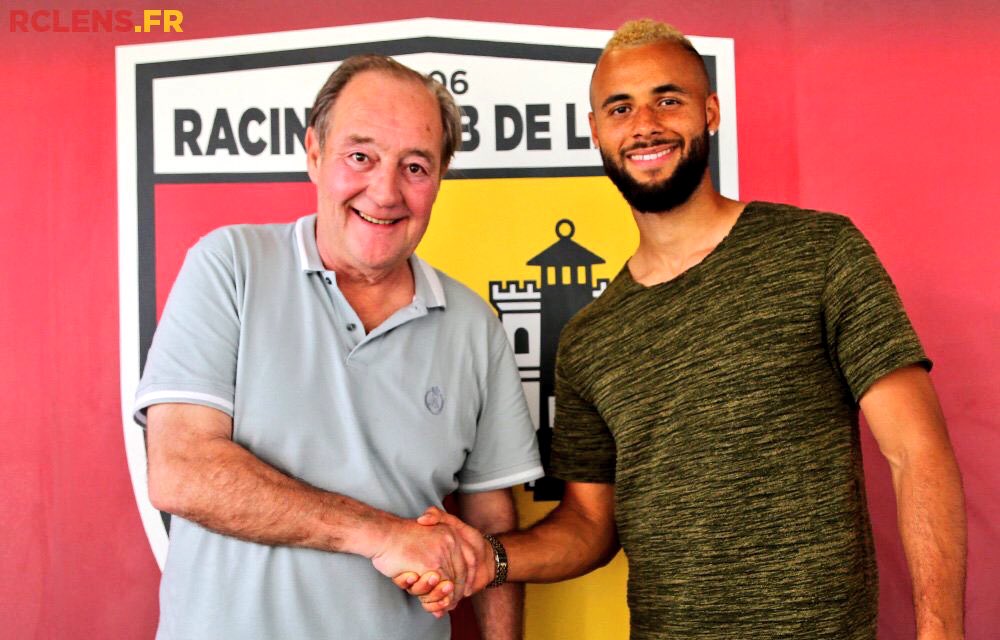 “I spent three years in Belgium playing and last year was my first year in the Jupiler Pro league, the first division in Belgium.

“I had a few options across Europe in Italy, France, England, Holland and Belgium so it was important for me to choose the best fit really and when Lens came as an option, as a young English player you don’t really know too much about the history of the club but as soon as I came and saw the set-up, it’s like an institution, it’s a huge club with huge ambitions to get back to where they want to be.

“It just felt like the fit was right with the club and they showed great desire to try and get me through the door and I’m very happy with my choice.”

There was an opportunity to go to Serie A, but Bostock was adamant Lens was the team for him, aided by the recent investment from Champions League finalists Atletico Madrid.

Bostock is surprised that his European adventure has lasted so long, having originally expected to return to England after a season or two away. But the ex-Spurs youngster is certain, for now at least, staying out on the continent is best for his career.

“To be honest, when I left England my thinking was to go and play in Europe for a little bit and come back as soon as possible, but I enjoy playing in Belgium, playing on the continent, playing outside of England. It could be more long term.

“I’ve really enjoyed my football, I feel like I’ve developed a lot, my confidence has grown and I’m playing, which has given me the platform to improve. For me, after my last season, I wanted to make the best footballing decision; I didn’t want to move just because somewhere was close to home or close to my family, but to make the right decision for my footballing development. I considered all my options – I spoke to a few clubs – but the whole feeling from Lens and how they persuaded me just made me sure I wanted to play in France, and to play for a club the size of Lens.”

Bostock has full conviction in his decision to move abroad, accepting that he has been allowed to play in Belgium without the pressure placed upon him by those who know only of the 15-year-old boy shining for Crystal Palace almost a decade ago.

“I’ve enjoyed it abroad as I’m just judged on my footballing ability, on how I play in each individual match whereas in the past, in England, if I didn’t perform or even if I did play well, people might say ‘why is he not got to the heights where we thought he was going to be?’

"Here I’m relatively unknown – I come with a little bit of expectation as they know my history – but I’m just judged on how I play, putting in a shift for the team, helping my team-mates and that’s great.

“Football, at the end of the day, there’s a lot of stuff that surrounds it, there’s a lot of politics in football and when you take that away, it’s 11 v 11, with fans there to support you so it is a beautiful game. When you take out all the stuff that’s a bit of a distraction and play the game as it is, it makes things a lot simpler and a lot more enjoyable.”

Since he left Spurs, Mauricio Pochettino has taken over as manager and given youth a chance in North London, something that would have aided a young Bostock and may have given him a chance to show what he could do in England, as many of his contemporaries prove their quality on the big stage thanks to their Argentine manager.

"Since I left a lot of Spurs fans have messaged me and been in touch to say that I should have been given more of an opportunity. Hindsight is a wonderful thing, you never know what would have happened but I am happy by how my career is progressing and I’m enjoying my football.

"I am still aiming for what I want to achieve in the game, but on the other side I am buzzing for my old team-mates Harry Kane, Ryan Mason and Andros Townsend, I didn’t play with Eric Dier, but to see how the core of the Tottenham team has become the core of the England team shows how if youth is given its opportunity, it thrives. I’m 24, not 25 until next year, so I’m still relatively young in the game.

“I’m still progressing out here in France. Whenever young players are given the chance to play and trusted by the manager it really does pay off. I think Pochettino is an amazing appointment for Spurs for what he’s achieved, coming so close to winning the league, it bodes well for English football in the future.”

Although this could have changed the Bostock story, the midfielder wouldn’t want it any other way and is thankful for the chance to expand his football and cultural horizons in Belgium and now France.

Now 24, a husband and father, Bostock is making his career on his own terms, blazing a trail for those who have suffered footballing rejection and showing what can be achieved with talent, fearlessness and a desire to become the best you can be. Bostock is still progressing and Lens could be set to reap the rewards of the man who now plays with the joy of the boy.