Tenerife and their midfielder Marc Crosas face an investigation after pictures emerged of Crosas appearing to have speared an endangered baby shark during a training camp on the island.

Both the player and the club have apologised following the incident during a training session on the beach at Las Teresitas, in the resort of Santa Cruz de Tenerife, but that was not enough to appease Santa Cruz's deputy mayor Zaida Gonzalez who promised "disciplinary proceedings".

Pictures in the Spanish press showed Crosas, the former Celtic midfielder who recently joined LaLiga2 outfit Tenerife on loan from Cruz Azul, with the baby shark impaled on the end of a training pole while team-mates looked on. The creature was reported to be of the endangered species the common angelshark.

Crosas, 28, wrote on Twitter: "I regret the damage caused by the unfortunate incident on Friday on the beach of Teresitas. I apologise for the mistake. "I accept the consequences and will try to do everything in my power to compensate for the issues caused." 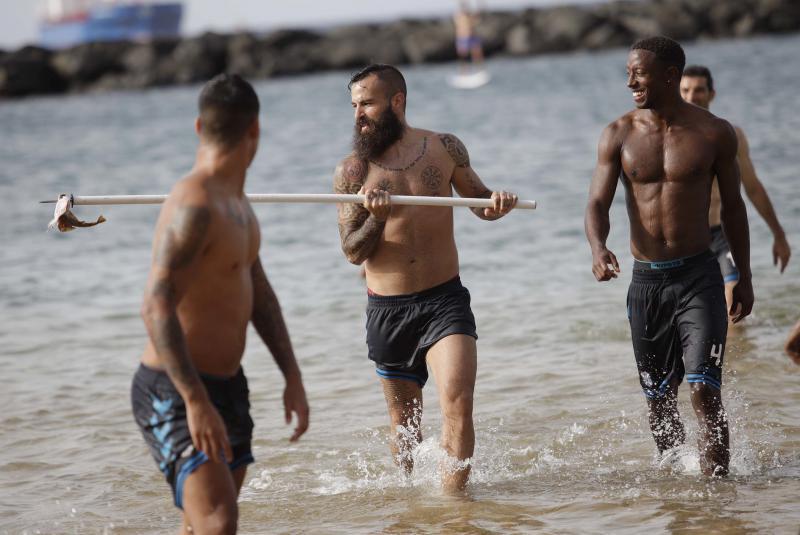 A similar statement on the club's official account added: "CD Tenerife apologise for the unfortunate incident this morning on the beach of Las Teresitas and regret the damage caused."

But Gonzalez, responding on Twitter after Tenerife news outlet La Opinion posted a link to a story on the incident, was in no mood to accept their apologies.

She wrote: "Terrible news, they just killed a baby angelshark, whose population is severely depleted.

"Teresitas is one of the few breeding sites for them, the apologies for this atrocious action are not enough.