Pogba, 23, has signed a five-year deal with the club - four years after he left for Italian side Juventus for £1.5 million.

The French midfielder said "the time is right to go back to Old Trafford".

Manager Jose Mourinho said Pogba could be "the heart of the club" for the next decade.

The deal is the biggest transfer deal in history, surpassing Gareth Bale's £85 million move to Real Madrid from Tottenham in 2013.

It also marks the first time in 20 years a British club has broken the world transfer record - Alan Shearer's £15 million move to Newcastle United in 1996 was the last.

The move was announced just after 00:30 BST in a highly-produced Twitter video. 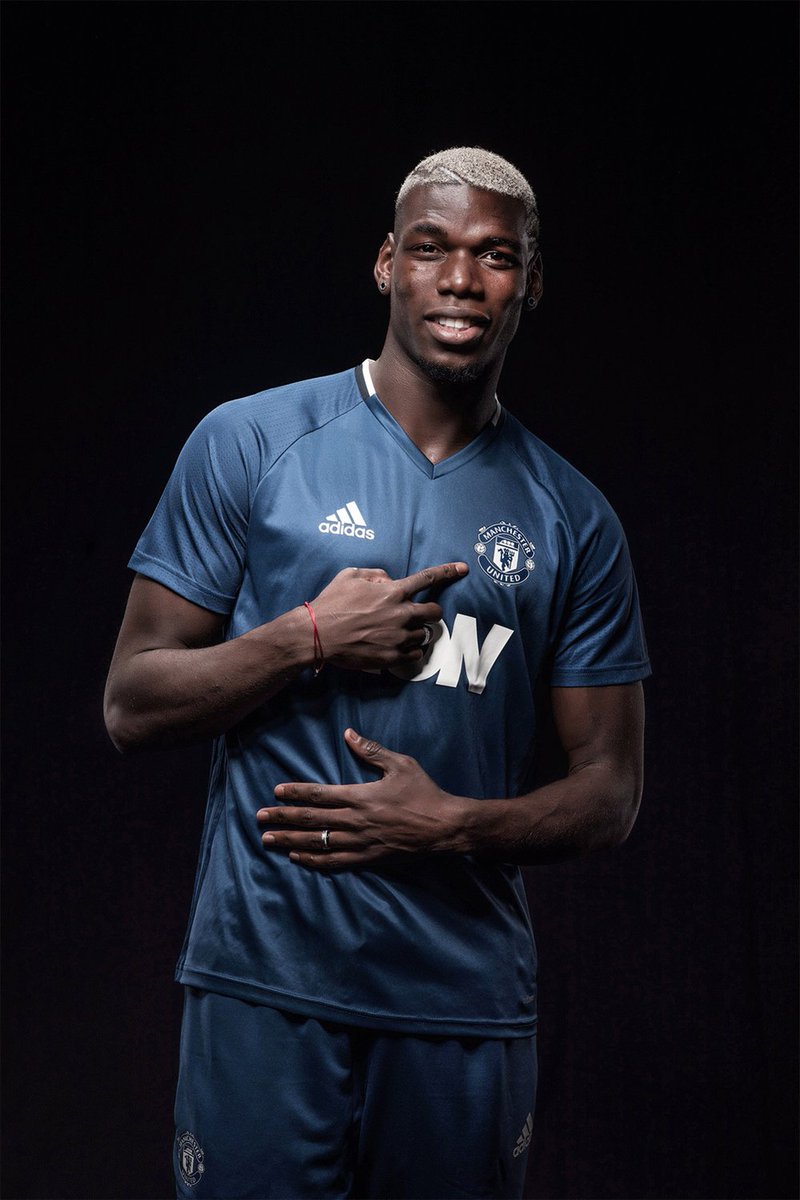 Pogba joined United from French club Le Havre in 2009 as a 16-year-old.

But he grew frustrated at a lack of opportunities under Sir Alex Ferguson and left in 2012.

He scored 34 goals in 178 appearances for Juventus, establishing himself a one of the most highly-rated and coveted players in the world.

Despite interest from Real Madrid and a willingness from Juventus to keep him, Pogba chose to re-join United.

He said his mother told him it was his "destiny" to return to the 20-time English champions.

"When I first came, I remember when I was at the academy, they used come and drop us. I saw Warren Joyce, I remember the training we had with him, the changing room, the canteen where we eat. It is just the same and I was thinking about before. It was like a picture. It is something I cannot explain - it's crazy. I just feel happy. There is no words, to be honest, no words - just happiness, and I just can't wait to start playing with my new team. It doesn't even look like it's my new team - I just left this team and have just come back. It is just a great feeling to be honest," Pogba told MUTV.

"I spoke with a lot of players when he was at Madrid - I spoke with (Alvaro) Morata, (Raphael) Varane - and they all told me: 'he is a coach for me - he will make me improve a lot, because he makes you work harder'. I feel this. I spoke with him a few times and he gave me energy and positivity. So I was thinking: 'why not?' I'm sure he can make me improve and make me a better player and a better person.

"I want to win the league for the first time with United, because I hadn't won the league when I left. The Champions League of course. And, personally, one of my dreams is to win the Ballon d'Or. That will come with time, hopefully, but first I want to win the Premier League, which I have never done."