Gold-winning Team GB swimmer Adam Peaty is to get a hero's welcome home from his proud grandmother who has become an internet sensation.

Mavis Williams, whose tweets as #OlympicNan attracted thousands of followers, has put up a banner to welcome her record-breaking grandson back home.

The banner on the side of her Staffordshire bungalow reads: "To my Olympian Grandson, a swimming legend, Love #OlympicNan."

Peaty set a new world record in the 100m breaststroke at the Rio Games, winning the first gold for Team GB.

Her popularity on Twitter has made her almost as recognisable as her Olympian grandson.

She says she is often recognised and stopped in the street, adding: "I must admit, I have enjoyed it."

She wasn't the only grandparent who led the support in the UK for Team GB's stars.

And 95-year-old Doris Higgins was determined to see her granddaughter Sam Quek's hockey final despite having a stroke.

She dedicated her win on Twitter to her Nanna:

Yes that's an OLYMPIC GOLD MEDAL!!!! Nanna that was for you, thank you for holding on xxxxx https://t.co/ILNhPhLgvj 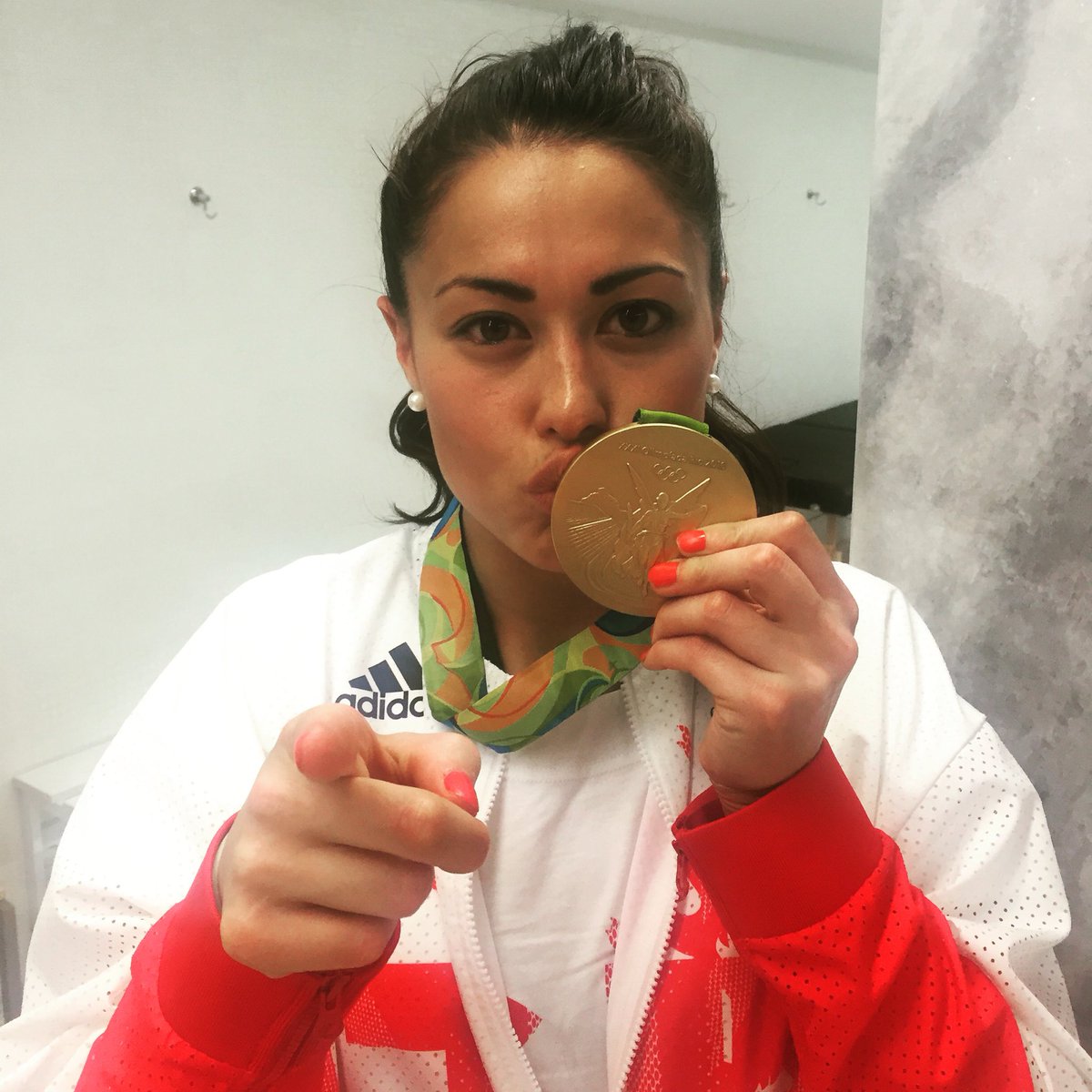 There will be street parties and parades across the country but nowhere will it be warmer than where it all began for the Olympic medallists.