The first 14 migrant children from the Calais 'jungle' camp have arrived in the UK with up to 200 more set to arrive over the coming weeks.

The youngsters are understood to have left the port in Northern France on Monday morning and are being reunited with relatives who are already in Britain.

Former Archbishop of Canterbury Dr Rowan Williams said he is "delighted" to welcome the children to the UK, but cautioned that this is the first step and more children need help urgently.

Rowan Williams says 150-200 refugee children will arrive in the UK in next few weeks. First 14 have arrived. https://t.co/Q39Q0XGYlS 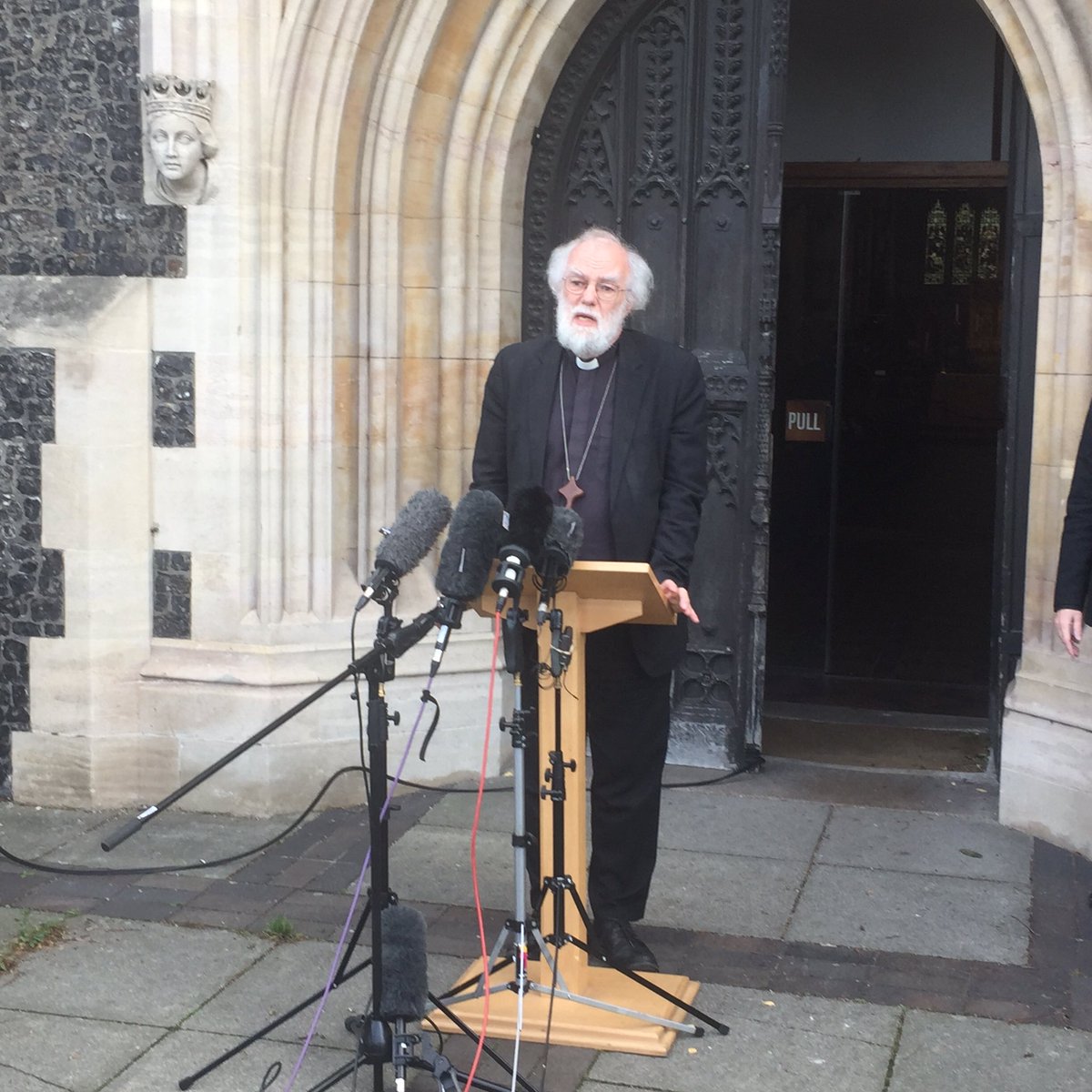 Addressing reporters in Croydon, he said: "Today is the beginning of what I hope will be, in the next couple of weeks, a serious, shared enterprise for government and voluntary organisations in this country.

"We welcome the development. We do want to remind everyone, public and government, that time is short. This is a matter of urgency."

The arrival of the group was welcomed by the charity Citizens UK, which said it has reunited 60 children from Calais with relatives in Britain since March.

Last week a team of British officials were sent to Calais to help French authorities speed up the transfer of minors before the migrant camp is demolished later this month.

ITV News Correspondent Richard Pallot said the Home Office will rule in the next 48 hours or so whether hundreds of other children will be eligible to live in the UK under the so-called Dubs rule.

The EU's Dublin regulation states asylum seekers must make an initial asylum claim in the first country they reach, but can apply for asylum in another country in other circumstances, for instance in countries where they have family members.

The amendment to the Immigration Act 2016 by Labour peer Lord Dubs requires the government to accept at-risk unaccompanied child refugees from Europe.

Last week Home Secretary Amber Rudd told the Commons that more than 80 unaccompanied children had been accepted for transfer under the Dublin regulation so far this year.