The story of Aleppo is a tale of two cities.

The east, where relentless Syrian army shelling has razed entire neighbourhoods; and the west, where a degree of normality exists amid the sporadic rocket attacks which lace the streets with a pervading sense of fear.

This afternoon we witnessed the random and sudden nature of the violence as three mortars exploded in a sports stadium a few hundred yards away – another actually hit our hotel grounds.

Luckily no one was injured but often the rockets land in busy streets. 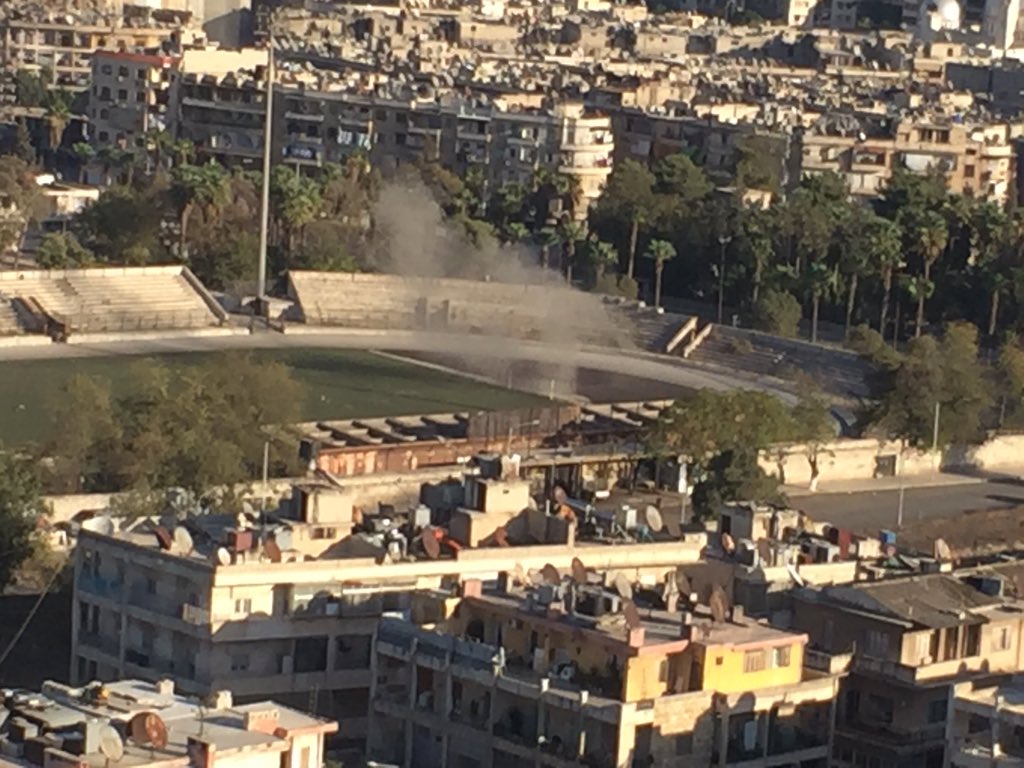 The attacks here in the west are nothing compared to the ferocious bombardment that we have witnessed over the rebel-held east.

Day after day we have watched palls of smoke rising from the already-battered buildings of the east, a half of the city that exists without electricity, is short of water and is rapidly running out of supplies.

On both sides of this frontline children are injured and killed every day.

We visited the government-run Arasi hospital where children lie, torn by shrapnel.

The medical director tells me 20 per cent of the casualties who are admitted are children and 30 per cent women. But at least here there is no shortage of life-saving drugs and equipment, unlike the hospitals in rebel held areas, which have been consistently bombed.

There the siege has led to catastrophic shortages of the most basic medical provisions, leaving children suffering acute pain while their parents wonder when the next air strike will come. How has this war sunk so low?

Aleppo has become a hell, where the Geneva convention is routinely flouted, and civilians are deemed ‘fair game’ by soldiers and fighters on both sides.

To spend a week here is to see the very worst of humanity. And yet we have also glimpsed the very best.

The indomitable spirit of children who still smile and laugh, ignoring the crack of sniper bullets flying overhead.

The market traders who offer us samples of their fruit and ask politely where we are from.

Amid such heinous destruction and violence, ordinary Aleppo citizens remain friendly and courteous - perhaps a glimmer of hope in a city where it is in extremely short supply.