Kaye played reluctant resister and cafe owner Rene Artois in the show, which was set in Nazi-occupied France during the Second World War.

The star's agent confirmed he died on Monday but made no further comment.

Vicki Michelle, who played Rene's mistress and waitress Yvette Carte-Blanche in the show, said Kaye was "loved the world over".

Paying tribute on Twitter alongside a photograph of the pair during their time on 'Allo 'Allo!, she posted: "So sad to hear news of Gorden Kaye. A brilliantly talented actor consummate professional, loved the world over.

"There'll never be another Rene."

Speaking to ITV News, she said: "He was such a creative actor. 'Allo 'Allo! was wonderfully written but he brought more to it. He had little nuances that he would do, and he was a perfectionist. I learned so much from him.

"He's an icon across the world, 80 countries, that's amazing. He'll be remembered worldwide, not just in Great Britain but over the world."

As Rene, Kaye risked his neck to aid the resistance and stay out of trouble with the Nazis, with Carmen Silvera playing his wife Edith, Richard Gibson as Gestapo officer Herr Flick and Arthur Bostrom as Officer Crabtree, whose mangled vowels led him to adopt the greeting "Good moaning".

A frequent philanderer, Rene was a surprise attraction for the local women and had love affairs with a number of his waitresses.

A long-running joke had Rene hiding a painting, The Fallen Madonna With The Big Boobies, inside a garlic sausage.

Before landing his career-defining role, Kaye appeared in a number of shows including It Ain't Half Hot Mum and Are You Being Served? and played Elsie Tanner's nephew Bernard Butler in Coronation Street from 1969 to 1970.

Kaye's last acting credit came in the BBC sketch show Revolver in 2004, though three years later he was in a one-off documentary exploring the history of 'Allo 'Allo!, featuring clips from the original series, a cast reunion and brand new scenes written by co-creator Jeremy Lloyd.

In 1990 he nearly died in a freak accident which left him with severe head injuries when a piece of wood crashed through his car windscreen in a storm.

Of the incident he once said: "I was just in the wrong place at the wrong time."

Twitter has been flooded with tributes since his death was announced on Monday.

RIP Gordon Kaye. The infamous René - "the most wanted man in Occupied France. Women want his body. The Resistance... https://t.co/5mpkrAAXpV

#GordonKaye was a master of his art. Very sad to hear of his passing. He lead Allo' Allo' with such a clever, warm and funny performance. 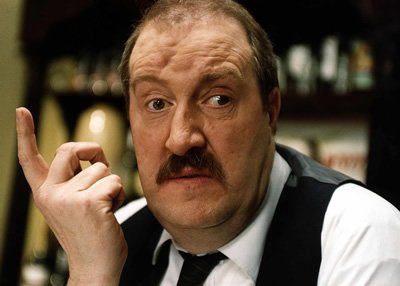 The BBC paid tribute to the "terrific comic actor".

Shane Allen, the controller of BBC comedy commissioning, said: "Gorden Kaye was a terrific comic actor whose signature role, Rene Artois, earned his place in the comedy hall of fame.

"He was instrumental in making 'Allo 'Allo such a long-running and well-loved series. His work lives on and thoughts are with friends and loved ones at this sad time."