When your match gets cancelled because of a frozen pitch, most footballers might consider taking the day off - but not Portsmouth's Christian Burgess.

The defender helped coach an Under 12s side after putting out an appeal on Twitter for something to do when Pompey's League Two game against Crawley Town was called off on Saturday.

Will Chitty, coach of Skilful Soccer Youth Under-12s, tweeted the offer to the 25-year-old, who replied that he would "be there in five".

True to his word, Burgess headed to the park and spent time coaching the youngsters and posing for photos, surprising Will and his team at Bransbury Park in Portsmouth.

Don't know what to do with myself.. Anyone need a player? Prefer the number 10 role... alternatively might join the Women's march in London!

@burgey44 u12s training at Bransbury Pk at 11 sharp. You can help me coach 

Will told ITV News: "I saw that Burgess tweeted out and I thought I would put in a cheeky request.

"I thought it would be a laugh for the people who follow me and that would be the end of it, I didn't think he would come.

"But then about half an hour into the session he turned up, I couldn't believe it."

The defender did a quick Q&A with the youngsters before putting them through their paces with some drills straight off the training ground.

"The lads absolutely loved it," said Pompey season ticket holder Will. "They were trying their best for him."

Burgess spent around an hour at the park, even staying to watch the team play in a match.

"It was really good of him to do that," said Will. "I wouldn't even normally expect him to respond to one of my tweets." 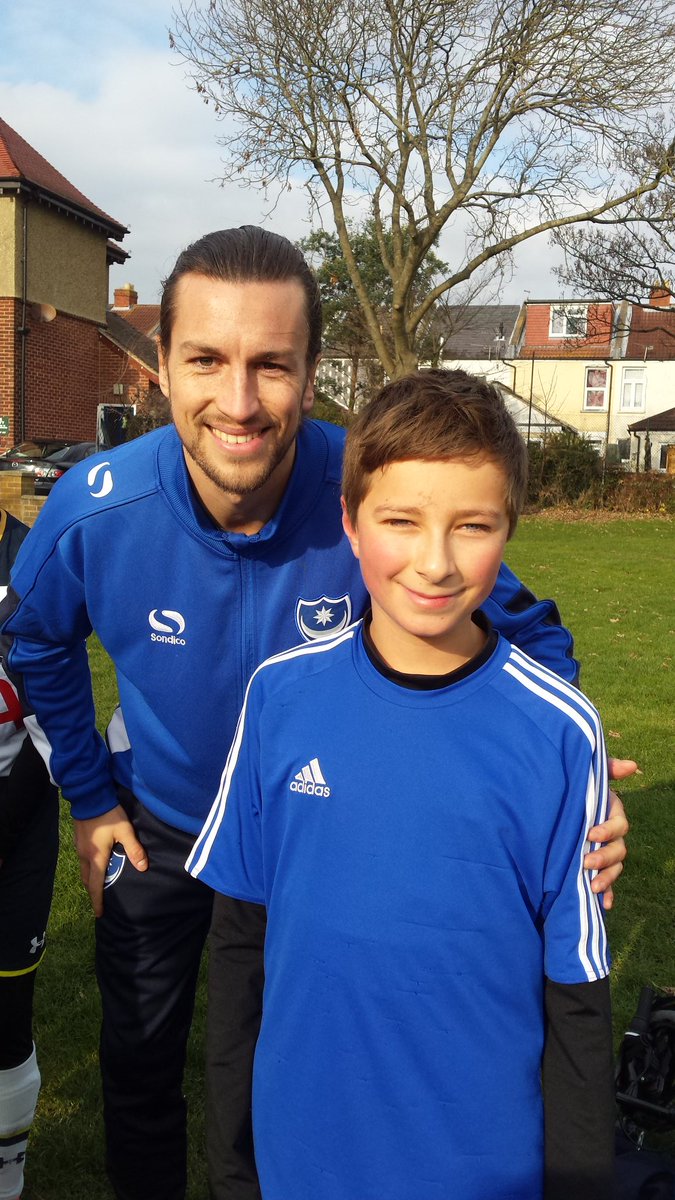 Will tweeted his "massive thanks" to the player for his time, while Burgess praised the coach, saying it is "people like him who give up their time week in week out who deserve our respect".

An afternoon of coaching wasn't the only offer the defender had after his Saturday plans got cancelled.

Opportunistic fans also offered him the chance to do some interior decorating, play a game of Fifa and cut down a tree.

His generosity was also praised by many people on social media.

@burgey44 pure class what you did helping those kids train this morning. Sure that'll mean a lot to Pompey fans

@burgey44 massive respect for helping out at the kids coaching! One small gesture can be one kids lifelong memory #fanengagement #community

@burgey44 fab what you done for the kids training this morning! Not many would have done that! Credit to the club and fans x