Jose Mourinho's fury at the state of the Rostov pitch was exacerbated by a Uefa official telling the Manchester United manager not to worry about injuries as his players are protected by insurance.

United made the long trip to Russia for the first leg of a Europa League last-16 clash that the Portuguese initially described as a "bad draw in every aspect".

Mourinho's concerns have only grown after seeing the state of the Olimp-2 stadium pitch - a surface the manager compared to the Bird's Nest quagmire that saw United's money-spinning pre-season friendly against Manchester City in Beijing called off. 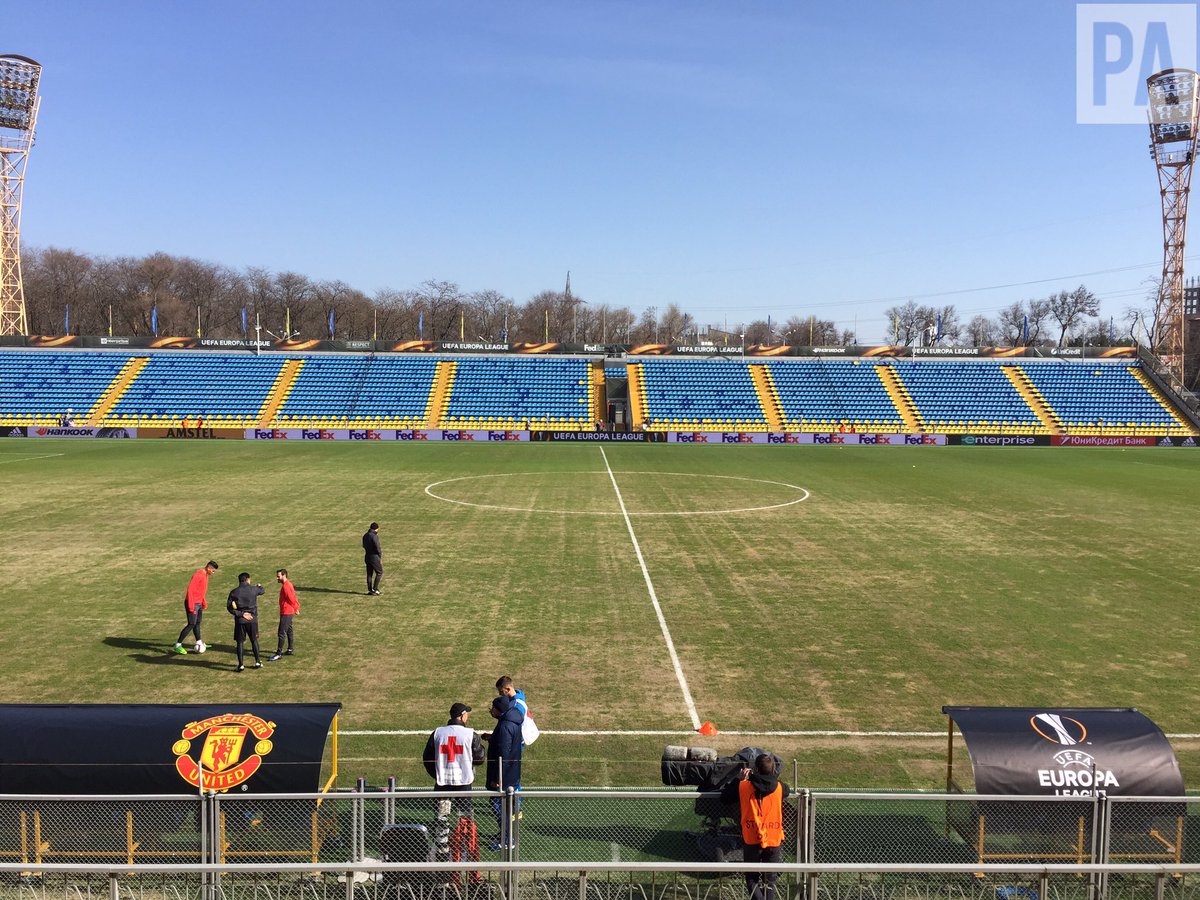 Rostov manager Ivan Daniliants had warned that their pitch would be a "problem", but the United boss was still taken aback by the quality.

"It's still hard for me to believe that we are going to play (there)," Mourinho said.

"I know that we have to, but it is hard for me to believe we are going to play (on Thursday) on that field - if you can call it a field.

"I have now a lot to think (about) because I was expecting something more playable.

"In a very similar pitch in the summer in China, we and Manchester City decided not to play. But it looks like we have to play."

It is not the first time Mourinho has been infuriated by UEFA's decision to make a Europa League match go ahead despite issues with the surface.

In December, the Portuguese was angry with European football's governing body for making United play the Europa League group-stage decider at Zorya Luhansk on a frozen pitch.

"I didn't have any contact with anyone until now (about the pitch)," Mourinho said this time in Russia.

"I just had a quick contact with one gentleman from UEFA when I was looking at the pitch.

"And when I told him about my concerns, the gentleman just told me, 'The players are insured, if something happens no problem'."