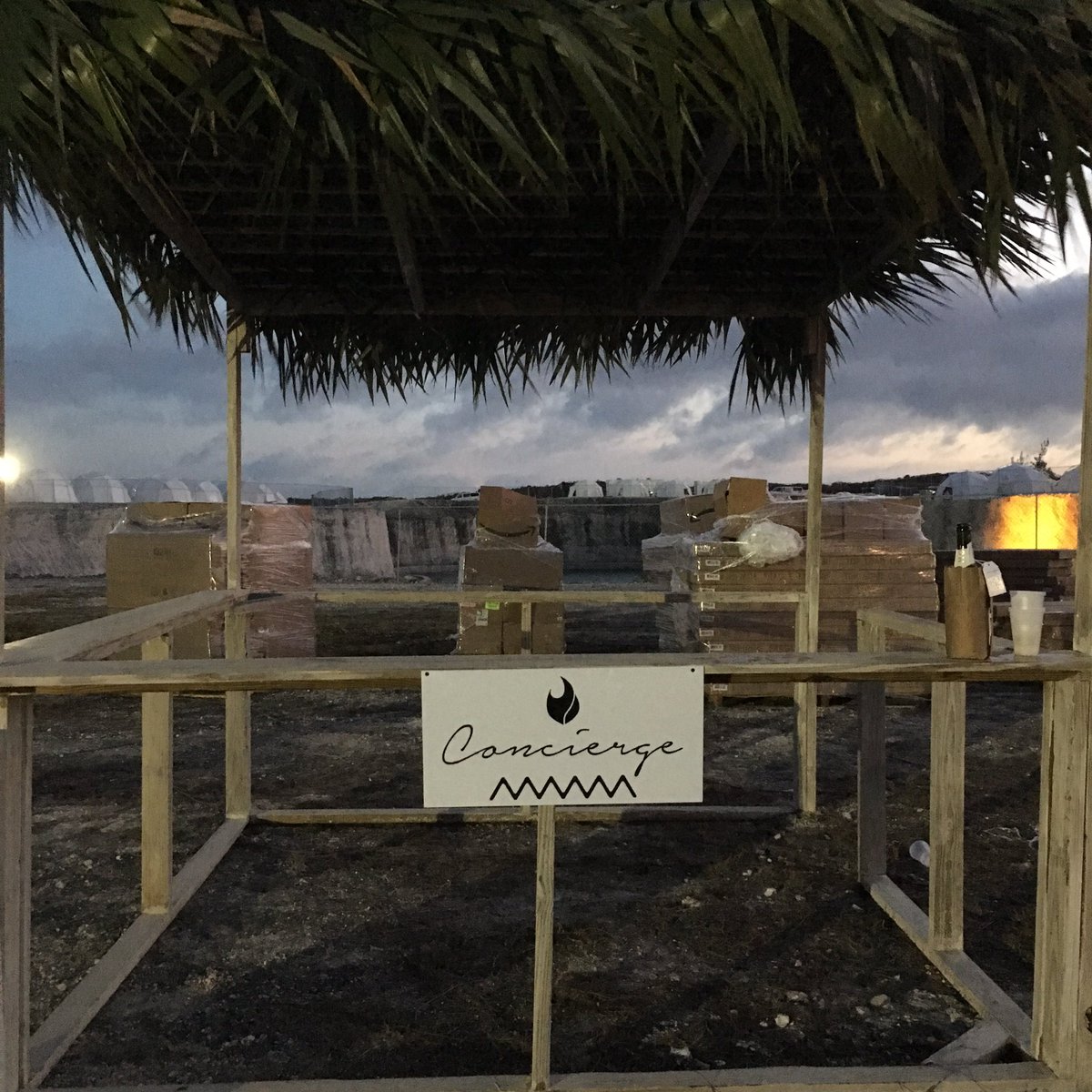 A "once-in-a-lifetime" music festival promising luxury and fine food has descended into chaos as organisers "postponed" the event at the last minute, leaving many would-be revellers stranded in the Bahamas.

With tickets costing up to $12,000 (£9,200), Fyre Festival was organised by rapper Ja Rule and sold itself as a "cultural moment created from a blend of music, art and food".

The price included flights from Miami, glamping in a "geodesic dome", and a schedule of activties such as yoga and kayaking - as well as performances from global headliners including Blink-182, Major Lazerm Skepta and Disclosure.

But Blink-182 pulled out at the last minute, prompting concerns that the two-weekend festival - heavily promoted on Instagram by high-profile models including Kendall Jenner, Bella Hadid, and Chanel Iman - may be an elaborate scam. 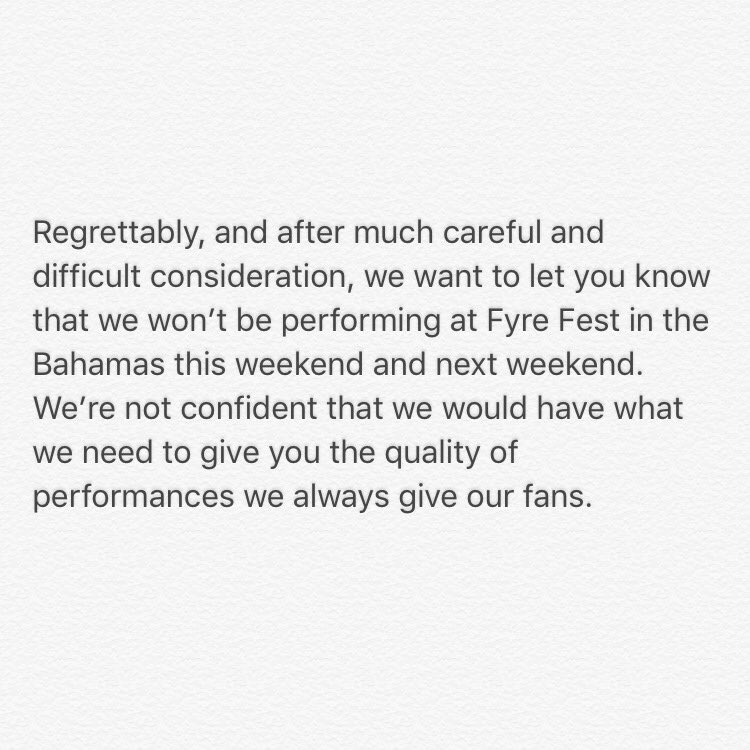 And fears appeared well-founded when festival-goers began to arrive on the Exuma islands, where it was due to be held.

One disappointed party-goer, William Finley, took to Twitter to document the fiasco.

Others also shared their disappointment and horror at what awaited them on their luxury break.

One tweeted a photograph of the "luxury" catering - which turned out to be a slice of cheese on bread, accompanied by a salad.

A dedicated Twitter account, @FyreFraud, has been documenting the stories and has threatened to sue the organisers.

Mr Finley proceeded to share the shambolic experience which then awaited ticket-holders at the airport as they prepared to return to Miami.

After tweeting about an "unexpected start" to the festival, organisers later admitted the event had been cancelled for the time being.

Due to unforeseen and extenuating circumstances, Fyre Festival has been fully postponed.

After assessing the situation this morning and looking at best options for our guests, we cannot move forward as we hoped we could.

At this time, we are working tirelessly to get flights scheduled and get all travelers home safely.

For his part, Ja Rule later tweeted a message insisting the event was "not a scam" - and, more importantly, "not my fault". 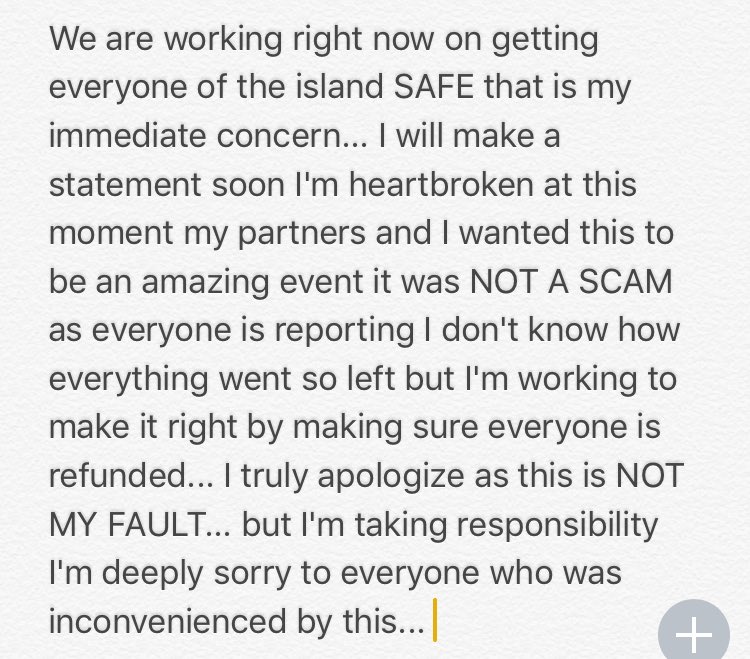